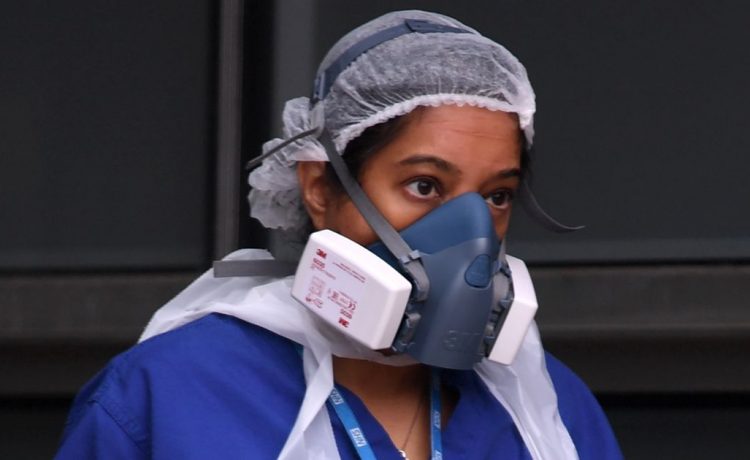 Keir Starmer said the PM’s “priorities were wrong” after lavishing billions on Test and Trace.

One union accused him of having “zero respect” for staff.

Johnson was last night accused of showing his true ­colours towards NHS staff after standing by the derisory 1% pay rise he has offered them.

And fury is growing that the PM has lavished £37billion on the botched Test and Trace system, £2.6million on sprucing up No 10’s press room and £45,000 on a wage hike for his pal Dominic Cummings.

That comes on top of plans for a £20billion bridge between Scotland and Northern Ireland, while those who have spent the past year saving lives at great risk to their own are left the scraps.

What is your view? Have your say in the comments section

Thousands of people have written to their MP to demand Mr Johnson increases the paltry 1% rise, which will cost around £500million – a fraction of the cash he has thrown at the private Test and Trace run by Tory crony Dido Harding.

Exhausted NHS staff up and down the land have been left outraged by the offer, especially as the PM has repeatedly praised their dedication during the pandemic and after his own brush with Covid. But he insisted 1% is all No 10 can “afford”.

Royal College of Nursing head Dame Donna Kinnair said: “Nursing staff have given their all to treat patients during the pandemic and some have paid the ultimate price. Others are facing burnout and they need the opportunity to rest and recover.”

According to RCN analysis, at least 952 health and care workers in the UK have died as a result of the virus but the true number is likely to be higher.

A doorstep “slow hand clap” is expected across the nation tonight at 8pm to protest at the paltry pay rise.

UNISON head of health Sara Gorton said: “The Government has shown them zero respect for keeping the NHS on its feet.

“Now let’s give health staff our support this evening by showing exactly what we all think of its
1% proposal.”

It comes after Sir Simon Stevens, chief executive of the NHS in England, told MPs on Tuesday health workers had expected a 2.1% rise this year and it had been factored in for before Chancellor Rishi Sunak appeared to rip up the agreement in his Budget.

Unions calculate NHS staff are up to 20% worse off in real terms than when the Tories came to power.

But after Covid struck the UK, selfless medics cancelled leave and retrained to work on overstretched intensive care wards to prevent the NHS being overwhelmed.

New research discovered one in five caregivers met criteria for post-traumatic stress disorder during the pandemic.

There were more than 100,000 staff vacancies before the pandemic and there are fears of a staff exodus as it attempts to tackle the biggest ­treatment backlog in its history.

Inflation is expected to be between 1.5% and 2% this year, meaning those given a 1% rise will be worse off in real terms due to rising living costs.

A Government spokesman said: “Over one million NHS staff continue to benefit from multi-year pay deals agreed with unions, which have delivered a pay rise of over 12% for newly qualified nurses and doctors 8.2%.”

Boris Johnson’s Government says the recommended 1% pay rise for NHS staff is all that is “affordable”.

READ  UK coronavirus live: Nightingale hospital in London put 'on standby' after running out of patients, No 10 says

40%: Pay rise for Dominic Cummings. Boris Johnson quietly handed him the rise last year, months before he left No10.

£37bn: For the Test and Trace system because it would prevent a second lockdown. It didn’t.

£165: Hourly fee for celebrity personal trainer Harry Jameson, who is helping Johnson get in shape.

£200K: To refurbish the PM’s Downing Street flat, a revamp said to include gold wall coverings.

£9m: For a White House-style crisis bunker from which ministers and VIPs can watch RAF drone strikes live.

£20bn: For a bridge or tunnel across Irish Sea. Ministers ordered a study into the “fixed link”.

£2.7m: For a Downing Street TV studio intended for daily press briefings that are yet to start.

15%: Almost 4,000 medics and supporters have sent messages to MPs backing a “restoration pay” increase of 15%. 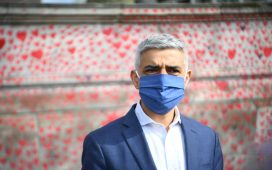