Saul Niguez admits he has been surprised by the quality of two Chelsea players in particular during his first training sessions with his new club.

The experienced Spain international joined the Champions League holders during the final hours of a frantic deadline day which saw him complete a season long loan move from Atletico Madrid.

After only one session with his new teammates, the 26-year-old was immediately thrust into Thomas Tuchel’s starting XI last weekend during a 3-0 victory over Aston Villa.

Despite another encouraging result, Saul struggled to get to grips with the pace of the game and was substituted at half-time.

Saul is under no illusions as to the fight he faces to secure regular football this season and has been struck by the quality Chelsea boast in virtually every position, with two players making a real impression on him in particular.

In conversation with Fabrizio Romano, Saul said: ‘I know many of the players, plus I followed the Premier League and Chelsea a lot. I know most of the players but if I had to say a name I would say Lukaku because I haven’t followed Serie A a lot.

‘He and his brother are big and very strong. But I think this year in Serie A he has performed at a great level.

‘I was very surprised by Thiago Silva too. A person at 36 years, with the level he has, being a professional in the gym every day with us.

‘He works not to get injured, he is always focused, he is very intelligent tactically and understands football very well.

‘It guides you in the match. He understands football very well and has surprised me a lot for good (reasons).’ 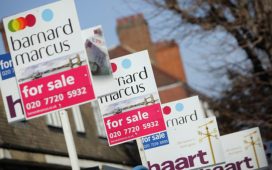