SAS Australia: Jana Pittman takes one of her twins to a hospital appointment


SAS Australia star Jana Pittman, 39, takes one of her babies to a hospital appointment in Sydney after welcoming twins last month

And the Olympian-turned-doctor, 39, was seen carrying one of her newborns as she arrived for a hospital appointment in Sydney on Saturday.

The mother of six, who starred on Channel Seven’s SAS Australia in 2021, cradled the infant in a baby sling. 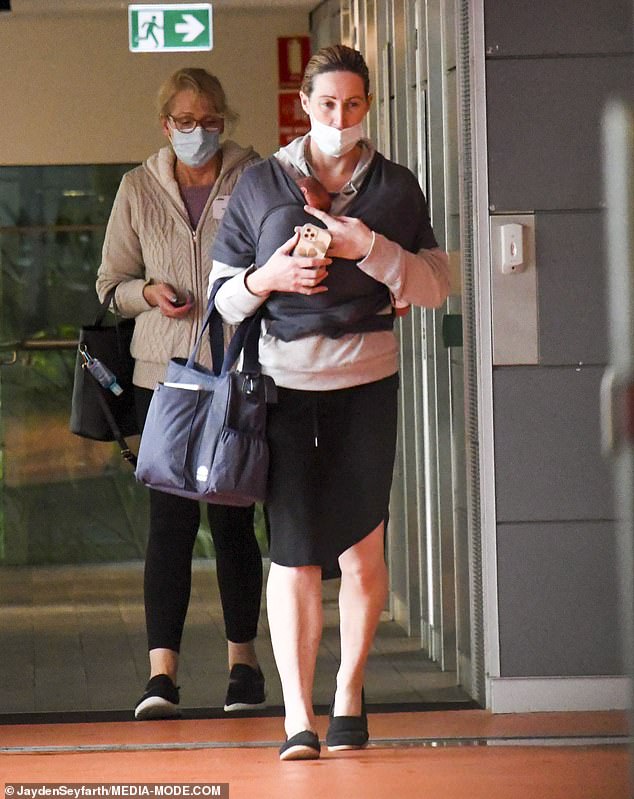 Appointment: SAS Australia star Jana Pittman, who welcomed twins last month, was seen carrying one of her newborns as she arrived for a hospital appointment in Sydney on Saturday

She also carried a large baby bag over one arm.

She gave birth at 35 weeks, according to New Idea magazine. 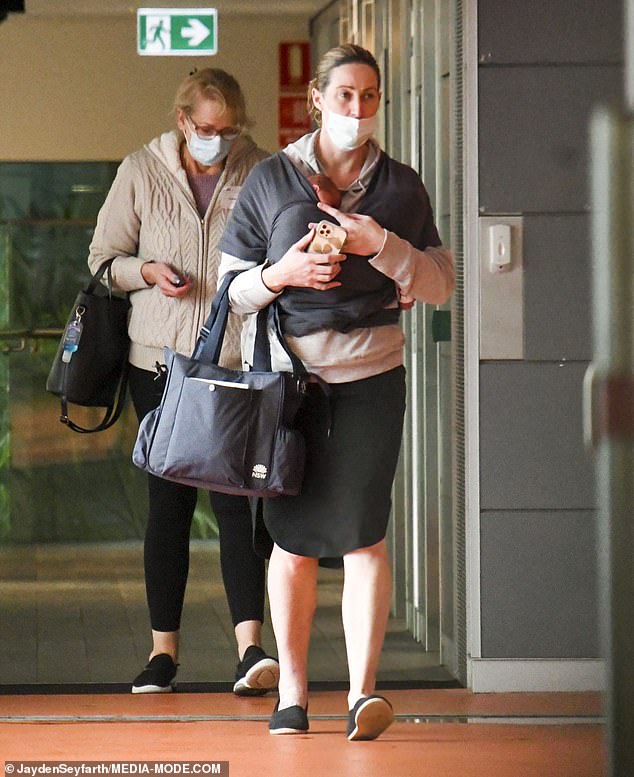 New mum: Jana had one of the newborns tucked on her chest in a baby sling as she carried a large baby bag on her forearm

She told the publication ‘everyone is healthy and well’.

The arrival of the twins means Jana is now a proud mother of six.

Two of Jana’s children, daughters Emily, six, and Jemima, four, were born via IVF and through an anonymous sperm donor. 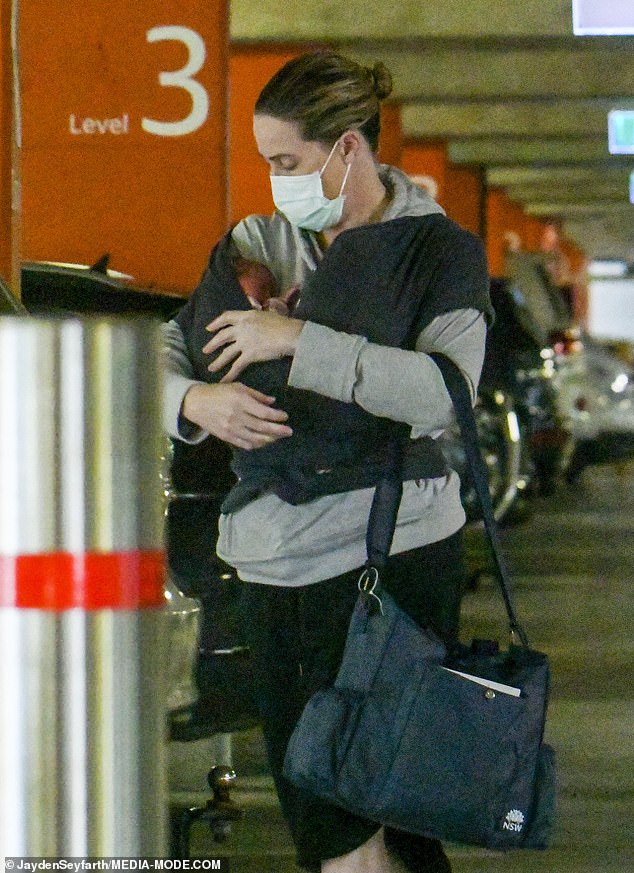 Precious: The star had the newborn tucked under her cardigan as she walked to the appointment

She also has a 14-year-old son, Cornelis, from her marriage to her first husband and former coach Chris Rawlinson.

Jana announced she was expecting twins in an October exclusive with New Idea. 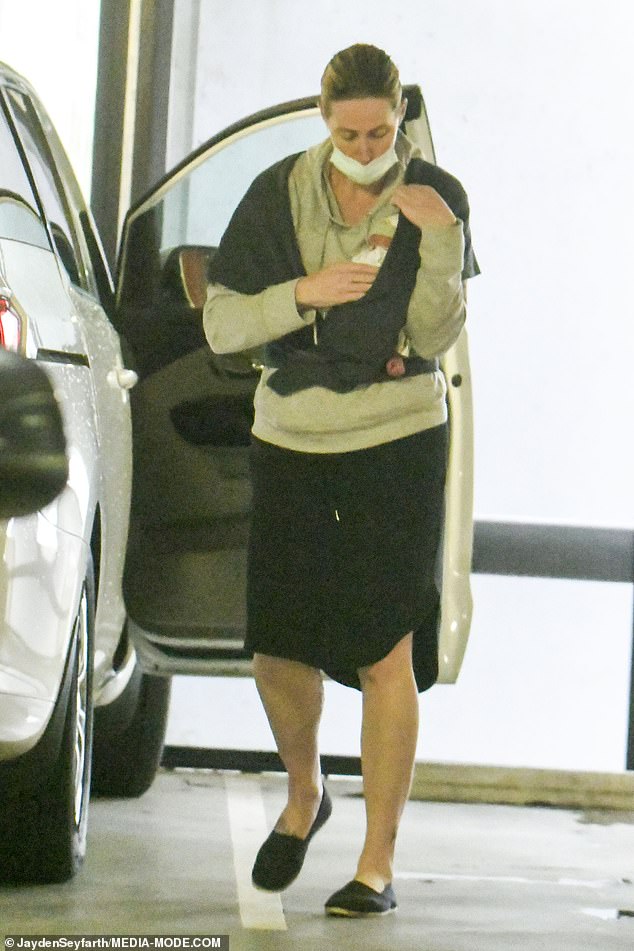 Baby on board: Jana was seen tucking the baby securely under her cardigan 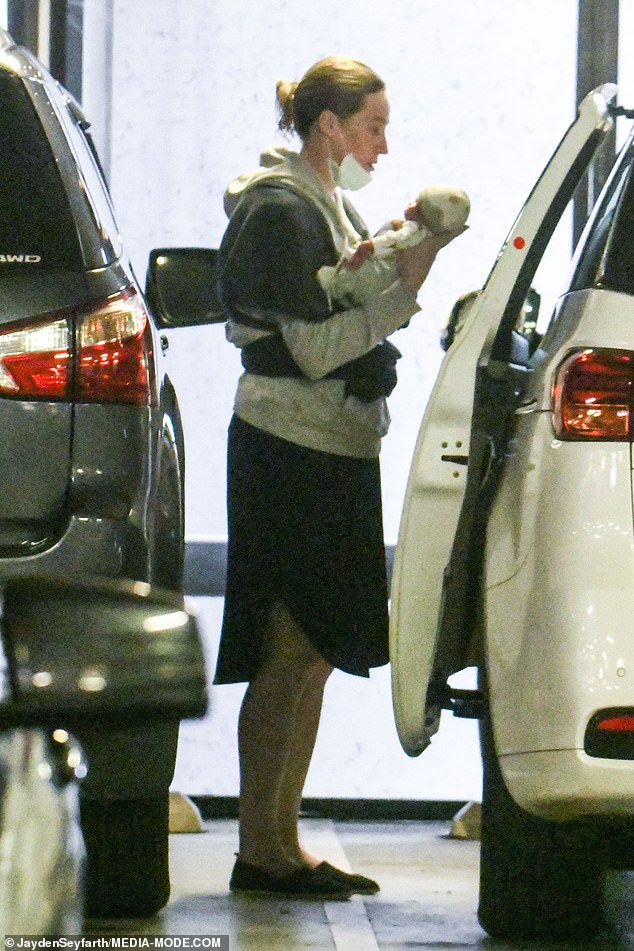 She admitted she was worried about the ‘logistical nightmare’ of her growing family.

‘I never thought I’d have six children,’ she said.

‘I don’t know how we are going to cope. How will we all fit into my car? I can see life is going to be a logistical nightmare.’ 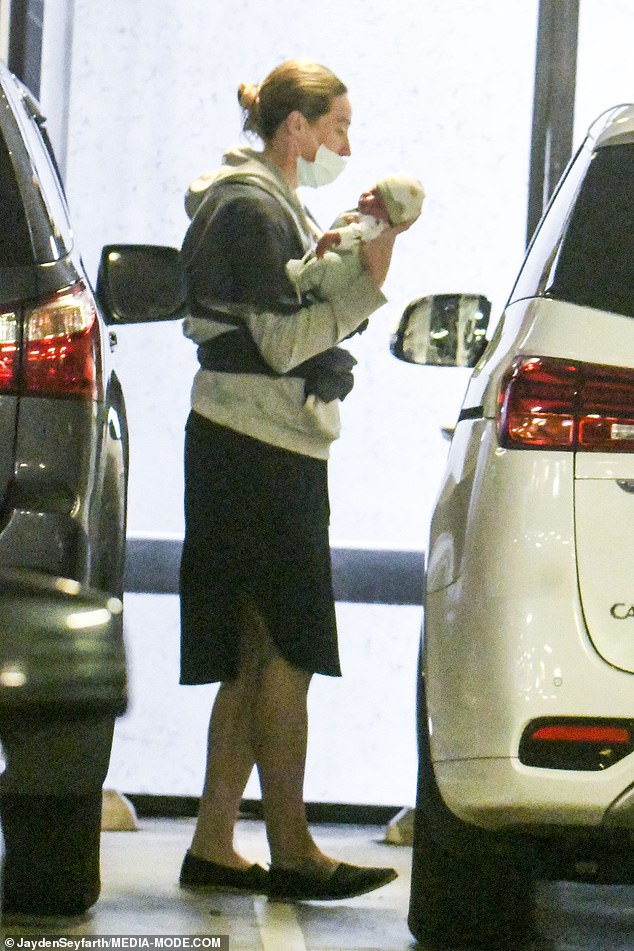 Early arrival: The doctor gave birth to her babies at 35 weeks according to New Idea last month

Despite trying to hide her pregnancy for the first few weeks, Jana found it impossible to keep things a secret because of her extreme morning sickness.

Jana revealed she had no choice but to tell her bosses at the hospital about her pregnancy after vomiting halfway through performing a caesarean. 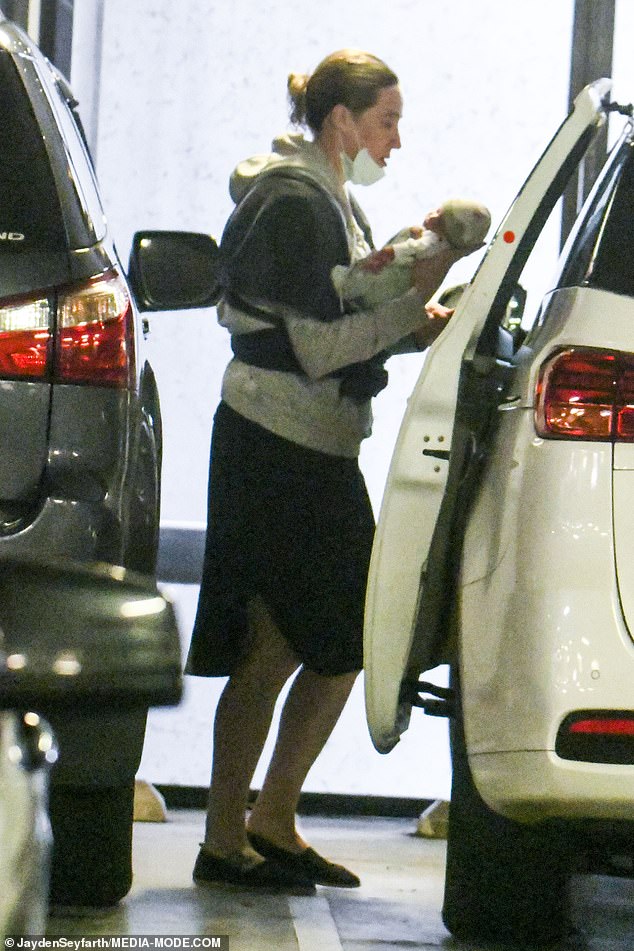 Lovely: Jana announced she was pregnant with twins in October and posed-up for a sweet spread with New Idea. She fell pregnant shortly after wrapping her time on SAS Australia 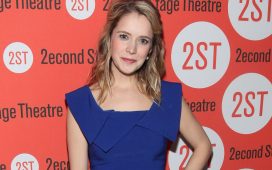