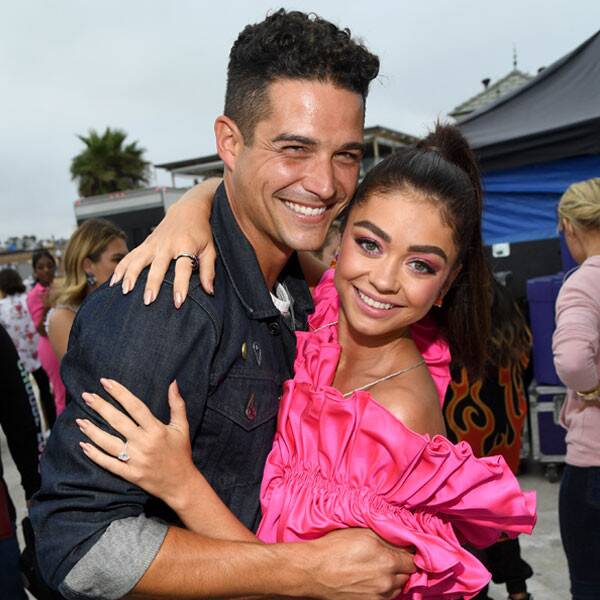 The Modern Family star shared a snapshot of herself stretching it out and doing the splits. The 28-year-old actress wore a gray tank top, black leggings and Nike sneakers in the pic, which appeared to be taken at a dance rehearsal for her new movie The Wedding Year.

“I think your hip is broken,” her fiancé, Wells Adams, wrote in the comments section.

“Hmm…I wonder why,” she wrote in reply, adding a smirking emoji.

She then asked her main man, “Was that too much?” However, some of her followers supported the flirty exchange.

“Love how you said something whilst thinking it was dirty [then] instantly thought it’s too much,” one commenter wrote along with a few laughing emojis. “Neeeever! Be who you are.”

Then again, Hyland has always been one to post what’s on their mind. Whether she’s clapping back at haters, opening up about her health or simply seeking inspiration for her upcoming wedding, Hyland always keeps it real with her followers. In fact, her love story with Adams actually started on social media after the reality star slid into her D.M.s. They’ve been #RelationshipGoals ever since.

READ  Kevin McCallister from Home Alone Is a Psychopath and We Have the Proof
Share on FacebookShare on TwitterShare on PinterestShare on Reddit
newsgrooveAugust 28, 2019