WHAT TV SHOW AND FILMS DID SARAH HARDING APPEAR IN?

Alongside her Girls Aloud bandmates, Harding made a cameo appearance in St. Trinian’s in 2007. She took on her first major acting role in 2008, appearing in the low-budget thriller Bad Day. Harding wore a brunette wig for the role of Jade Jennings.

During Girls Aloud’s hiatus, Harding decided to focus on her acting career. “Singing was always my main ambition, but acting was something else I wanted to achieve,” Harding said.

Later that year, Harding returned to the St. Trinian’s franchise with a starring role in St. Trinian’s 2: The Legend of Fritton’s Gold.

The Most WTF Details of ‘Impeachment’ Are Actually True 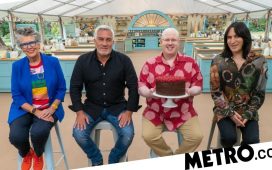