Sanctions are hitting hard enough to hurt Russia, if not stop it


Sanctions have affected many aspects of life in Russia, but one particular shortage has sent the wealthy elite into a spin: beauty clinics are running out of Botox.

The business daily newspaper Kommersant reported this month that Botox imports saw a threefold drop to 74,500 units in the period between January and March compared with the same time last year, after one western manufacturer stopped exporting to Russia.

While the beauty industry is a small cog in the machine, the decision by western allies to sever financial and trade ties with Russia has plunged the country’s economy into a deep recession, with the OECD forecasting a 10% contraction this year and a fall of more than 4% in 2023.

Sanctions have not halted the military assault, but some are now asking whether a promise to lift them could bring Russia to the negotiating table: a return to global markets, in exchange for peace in Ukraine. The British foreign secretary, Liz Truss, held out such a prospect in March, when she suggested Britain could lift sanctions if Russia commits to a full ceasefire and withdrawal, with a promise of “no further aggression”.

Some of the allies have closer links to Russia than others. Last week, Germany’s former premier Angela Merkel defended her decision to increase trade links with Russia, and Germany’s reliance on Russian hydrocarbons, after the annexation of Crimea in 2014. “It is a great tragedy that it didn’t work, but I don’t blame myself for trying,” she said. But Tim Ash, a Russia expert at the Chatham House thinktank, says Germany underestimated Putin for a long time. He says sanctions, which should have been tougher in response to Crimea, are working and should remain in place.

“The sanctions have exceeded most people’s expectations and they have exceeded Putin’s as well,” he says. “The self-sanctioning by the likes of McDonald’s has also hit the Russian economy, with around 1,000 major businesses pulling out of the country when they didn’t need to. They weren’t on any sanctions list.”

Output in industries from aviation to automotive has crashed. In May, the number of cars sold across Russia tumbled by 83% from the previous month, to 24,000. Rewind to May 2021 and monthly sales were nearer 150,000. Likewise, Russian plane makers are in a fix now that US, Japanese, EU and UK sanctions have blockaded the industry.

Russia’s transport ministry, forecasting a successful outcome to hostilities from Moscow’s perspective, believes it will take until 2030 for air passenger traffic to reach pre-pandemic levels. A “pessimistic” forecast based on sanctions continuing for years concluded that more than half of the Russian aircraft fleet could be dismantled for parts by 2025 to keep the remainder in the sky.

At the beginning of the invasion, many people believed the west would impose only weak sanctions and that Moscow would find allies to circumvent the most damaging ones. Ash says neither assumption has proved to be true.

When Russia was booted out of the international payments network Swift, for example, China was expected to step in and build an alternative in alliance with Moscow’s central bank.

But, says Ash, “President Xi is angry because Putin lied about his intentions towards Ukraine. Now the invasion has gone ahead, it has triggered a cost-of-living crisis in China that makes worse Xi’s other economic problems.” Also, he adds, “Xi doesn’t want to upset the US too much.”

Yakov Feygin, a Russia expert at the Berggruen Institute in the US, agrees that China has rejected Putin’s overtures to circumvent sanctions. India is also likely to be wary of sanctions-busting, he says. “It was a major flaw in Putin’s strategy to think China would bail him out. It was a colossal delusion.”

There will be countries that buy Russian oil rejected by Europe, and there is also likely to be a market for stolen Ukrainian grain, but the high-end tools and sophisticated components needed to run IT systems in Russia’s major cities come from countries robustly supporting the sanctions regime. “You can smuggle in components and raw materials” says Feygin. “And Russia will probably do what it can to import goods by the back door. But they cannot do it on a large scale or dependably. And that will force Russian companies to ration how much they produce. It will also limit how much the Russian military can replenish the hardware it needs to fight in Ukraine.”

Critics of sanctions tend to believe that Putin’s aims are limited to eastern Ukraine and sanctions detract from diplomatic efforts to secure a peace. Robert Skidelsky, the economist and Labour peer who until last year was a board member of a Russian company, argues against the use of wide-ranging sanctions during the current war in a new pamphlet, Economic Sanctions: A Weapon Out of Control.

There is no evidence that sanctions trigger regime change, he says. Instead, citizens blame the sanctioners for their hardships. Accusing governments of wasting sanctions for decades in the pursuit of incoherent aims, he says they “should be used only after diplomatic efforts at peaceful solutions have been exhausted, never as an alternative to them”.

Some analysts have argued that the recovery in Russia’s currency since last month and recent reductions by the central bank in previously sky-high interest rates shows that Moscow is coping with the sanctions regime.

Feygin says the increase in the rouble can be explained by the collapse in imports while exports, primarily of oil and gas, have continued unabated. “When you have more exports than imports your currency appreciates, but that is not really a guide to the health of the nation or its financial situation. The rouble is not really a currency at the moment. It is more like funny money,” he says.

At the moment, peace seems a distant prospect. Sanctions, with their boomerang effect on wheat and gas, restricting shipments and raising prices, will remain in place for many more months. 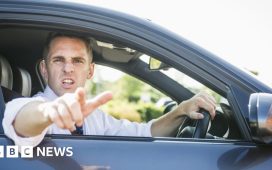 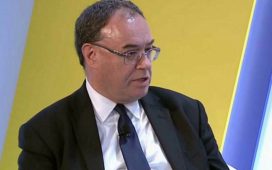 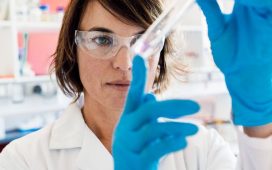 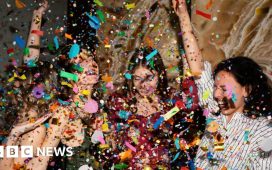 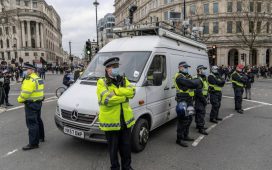