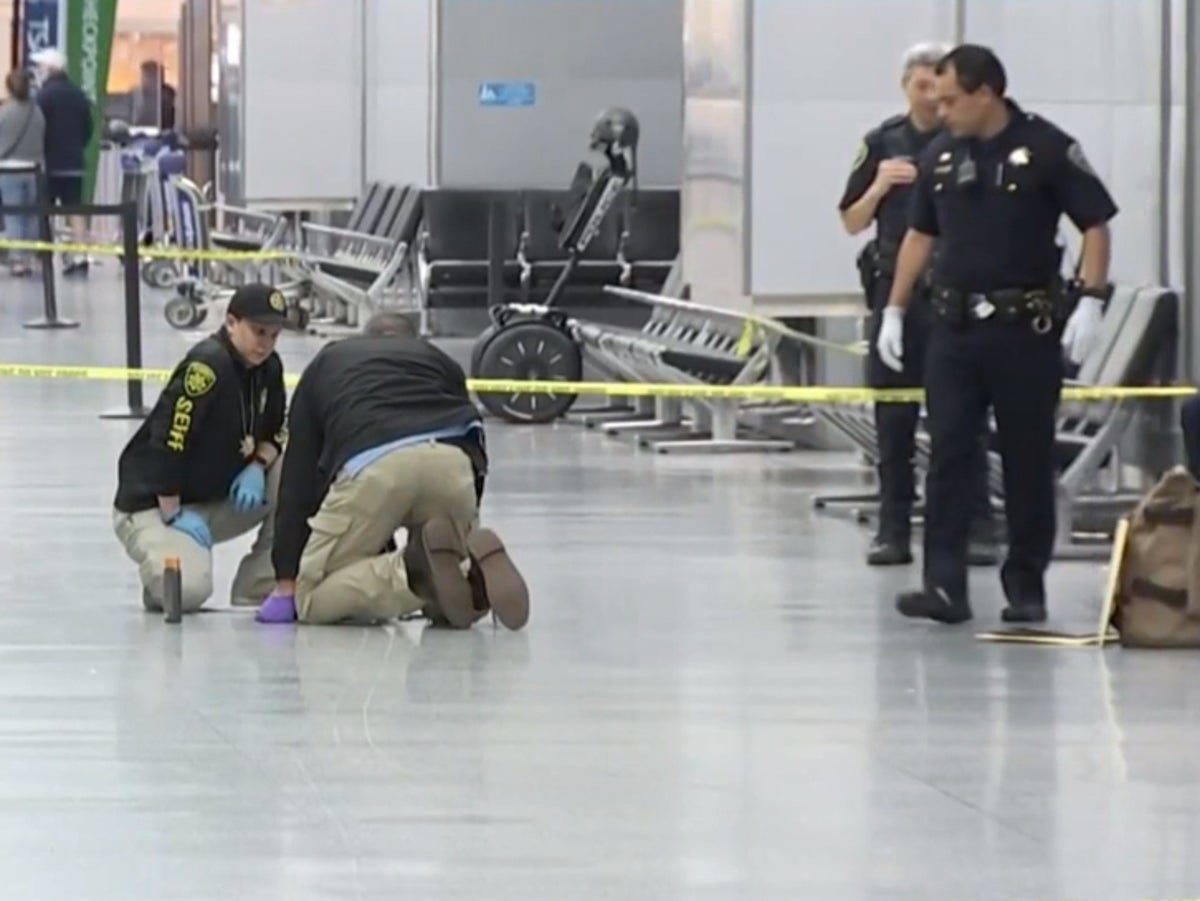 Three people have been injured after a man attacked passengers with an “edged weapon” inside San Francisco’s airport.

He is believed to have driven to the airport and gone into the international terminal, before pulling out the weapon and slashing travellers.

Three men were left with cuts and scrapes after the attack at San Francisco International Airport on Friday evening local time, according to police.

They were treated for minor injuries and were able to continue with their travels, officials said.

A man has been arrested in connection with the attack. Police have not yet released details about his identity or motives.

Airport duty manager Russell Mackey told local media it was still unclear whether the attacker was a passenger himself.

He said the travellers were in the pre-security area of the International Terminal when they were slashed with a weapon.

“They were treated for minor scrapes and released,” Mr Mackey told the San Francisco Chronicle.

Police said the attacker “walked around the departure terminal and pulled out an edged weapon” before launching an assault on nearby passengers.

A KTVU-TV reporter who was covering the Golden State Warriors’ homecoming at the airport said a large knife was removed from the scene.

The attack is understood to have happened around 6pm local time on Friday (1am Saturday GMT).

Other details were not immediately available.