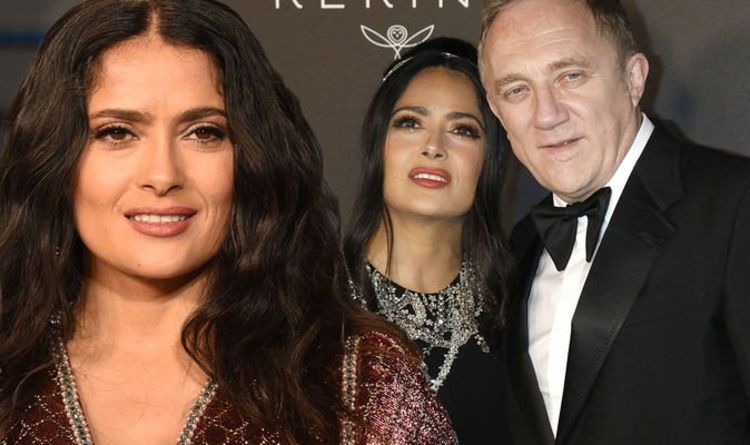 Award-winning actress Salma Hayek, 54, is “offended” by claims that she married her billionaire husband François-Henri Pinault, 58, for his fortune. The president of Groupe Artémis is believed to have an estimated net worth of $45.5 billion.

She said: “When I married him, everybody said, ‘Oh, it’s an arranged marriage, she married him for the money’.

The couple recently celebrated 12 years of marriage on Valentine’s Day.

The Mexican star and producer went on to address the misconceptions people have about the obscenely wealthy.

She said: “Immediately you think because somebody’s rich, [they] might not be a good person.

“In order to have a lot of money, you did it the wrong way, there is all this preconception.”

Salma said that despite some thinking it is all about money, her husband brings out the best of her personality traits.

I had that by the way. It was the last thing I wanted — it was not my type at all. And I came in with the preconceptions and he [melted] them all away.”

The mother of one also revealed that despite being extremely busy with work, François always makes time for his family.

She said: “My guy finishes work, no matter how hard it was, and trust me he has a lot of responsibilities, [with a] big smile on his face, happy to be home, happy to see me and the kids, make us laugh.”

The actress disclosed that this also extended to when the family go on holiday.