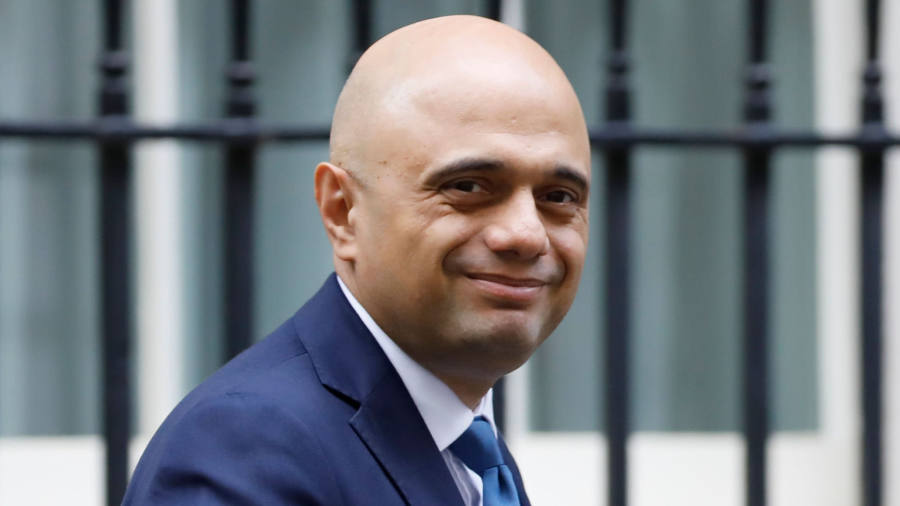 Sajid Javid, the UK chancellor, will next week announce a breakneck “clear the decks” public spending review, framing the next Conservative election campaign with extra cash for health, education and law and order.

Mr Javid will open the Treasury cheque book for areas of spending deemed by Boris Johnson, prime minister, to be top priorities, setting the tone for a Tory pitch to voters in an election which most MPs expect in the coming months.

The chancellor cancelled a speech scheduled in Birmingham on Wednesday to finalise the review, which will allocate money to departments for the financial year starting April 2020. A proposed three-year review was shelved because of Brexit uncertainty.

While the spending review will be billed as an “end to austerity” for schools, hospitals and the police, other departments will face a continued squeeze. Housing and defence are among those likely to face a tough settlement.

Mr Javid will claim that, while he is providing extra funding for the priorities of the general public, he is not letting public spending rip across the board.

The Treasury has announced that the spending review would take place under the previous government’s fiscal rules, which have targeted a 2 per cent deficit in 2020-21 and debt falling as a share of national income, also in that year. It said on Tuesday that the review would be announced on September 4.

The chancellor’s allies said the announcement of new spending plans was part of a “clear the decks” exercise, ensuring that ministers would spend the coming weeks preparing for Brexit instead of haggling over their annual budgets.

Schools and local government chiefs have also pleaded for an early decision to give them time to prepare next year’s budgets.

Theresa May wanted to announce a generous schools settlement before she stepped down as prime minister in July but was thwarted by her chancellor Philip Hammond who said such decisions should be left to her successor.

With the deficit rising again, Mr Javid does not have huge sums to play with, but he has enough to fund headline-grabbing announcements for police and schools while remaining within existing fiscal rules.

Gavin Williamson, education secretary, is hoping for a big package of extra cash for English schools and post-16 colleges. The Guardian reported on Tuesday the package could total £3.6bn, although government officials said a final figure had not been agreed with the Treasury.

The figures for increased funding for sixth-form students reflect calls from groups including the Association of Colleges, which has argued for an increase in the “base rate” of government funding from £4,000 to £5,000 for each 16- and 17-year-old during their studies, to bring it back into line with payments made for younger students.

The review will also enable the chancellor to consolidate spending announcements made over the summer — including Mr Johnson’s promise of 20,000 extra police officers — into the government budgets for 2020-21.

But the rushed timing means the Treasury has not been able to base the new spending commitments on fresh economic forecasts, so it will be seen as a stopgap before the Autumn Budget where Mr Javid will set out his views on fiscal rules and set longer-term limits on public spending and tax rates.

The big question for the Treasury will be whether Mr Javid uses the review to put a downpayment on Mr Johnson’s promise on the steps of Downing Street to “fix the crisis in social care once and for all” or to raise health spending over and above the commitments made last year by Mrs May.

The move will, however, reassure local authorities that the government will give them budgets for 2020-21 before Brexit dominates the political agenda later this autumn.