Sajid Javid, the UK chancellor has launched the process to appoint the next head of the UK’s official independent fiscal watchdog ahead of Robert Chote’s second and final term ending in October.

Mr Chote has served since 2010 as chair of the Office for Budget Responsibility, having previously been a director of the Institute for Fiscal Studies think-tank.

The new chair is expected to be announced in early spring for a five-year term, which could be extended for a further five-year period.

Mr Javid said: “I would like to thank Robert for his significant contribution to the world-class work of the OBR over the past decade. He has led the OBR with intelligence, independence and integrity.”

The OBR was established in 2010 to produce independent forecasts for the UK economy and public finances. It also assesses the costs of the government’s tax and spending plans, evaluating whether they comply with the Treasury’s fiscal rules.

“The OBR’s independence and expertise is admired not just in Britain but across the world,” said Mr Javid. “Finding the right candidate to lead the OBR and build on the significant progress of the last 10 years is vital for maintaining the credibility of the UK’s fiscal framework and our status as a world leader in fiscal transparency.”

In 2016 an IMF evaluation for the UK praised the OBR’s work and stated that the depth and breadth of its economic and fiscal analysis “can be considered as best-practice, and could be used as a benchmark by other advanced countries”.

The role comes with a full-time salary of £158,762, but the post can be undertaken on a part-time basis, according to the announcement.

READ  China's economic slowdown: How bad is it?

The right candidate should have “deep expertise in economic and fiscal analysis” as well as “outstanding communication skills”, be “independently minded” and “must command broad respect for their objectivity in dealing with issues of political sensitivity”.

“Candidates will need to be able to absorb large volumes of complex information and reach reasoned and robust conclusions quickly” and “explain their conclusions to a non-technical audience”, the announcement stated.

The application deadline is February 20 with an appointment announcement expected a little over a month later.

Following interviews, the appointment will be made by the chancellor and is subject to approval by the House of Commons Treasury select committee.

Tell us: how you have been affected by debt?

TSB cuts current account interest rate for SECOND time in a year to 1.5%

Japan’s economy on brink of recession after shrinking 6.3% in latest quarter 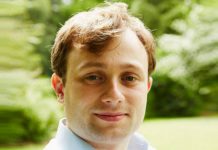 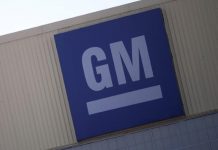 Moneybarn to pay £33m in fines and compensation