Sajid Javid adviser sacked and marched out of Downing Street 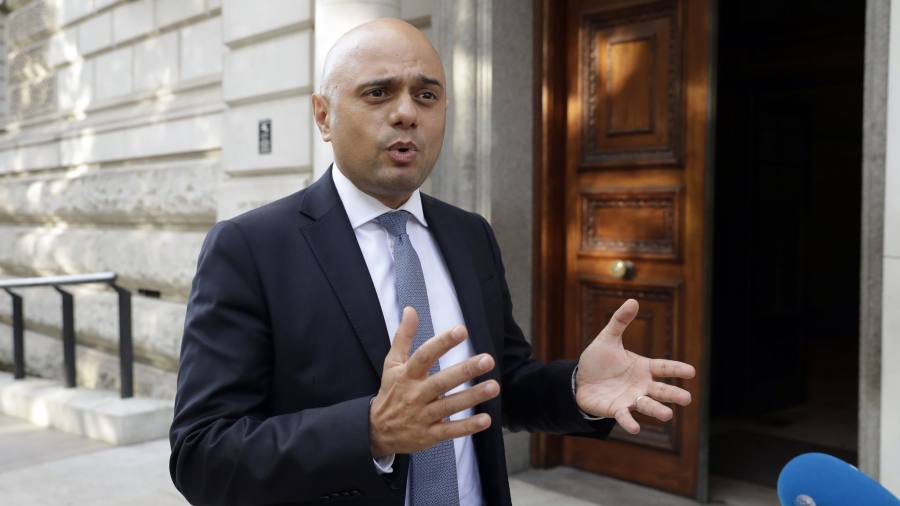 A key aide of chancellor Sajid Javid has been sacked and marched out of Downing Street under police escort for allegedly helping opponents of Boris Johnson’s Brexit strategy, in a move that has sent shockwaves through Whitehall.

Sonia Khan was sacked on Thursday night after a one-to-one meeting with Dominic Cummings, Mr Johnson’s chief adviser, who has warned Tory advisers that he will apply a “one leak and you’re out” policy.

Ms Khan, who handed over her work and personal phone to Mr Cummings, was accused of lying about having conversations with people close to her former boss Philip Hammond, the ex-chancellor leading the fight against a no-deal Brexit.

Mr Javid was not told that his chief media adviser had been sacked until after Ms Khan had been marched out of Downing Street.

Although Mr Johnson’s team do not suspect Mr Javid of being part of any anti-Brexit plot, the chancellor has been repeatedly humiliated by Number 10 in recent weeks. “This looks appalling for Sajid,” said one Tory insider.

Mr Johnson’s allies revealed plans to cut fuel duty and to create 10,000 new prison places without telling the chancellor in advance; Mr Javid, who will announce a spending review next week, will have to find money for the prime minister’s projects.

Ms Khan was said to be deeply distressed. Social media postings have accused her of being a “traitor”.

The sacking of Ms Khan has caused alarm across Whitehall about the summary justice dispensed by Mr Cummings and will add to a mood of paranoia among advisers across government.

Whitehall insiders said Ms Khan was asked by Mr Cummings if she had spoken to a range of people associated with the campaign by Tory rebels to stop a no-deal Brexit, including allies of Mr Hammond.

They said Ms Khan had been sacked when it became clear that she had deleted text messages and that a WhatsApp message revealed she had been in contact with one Hammond ally on Thursday.

However, they added that Ms Khan was not suspected of leaking embarrassing details of the government’s no-deal planning exercise, Operation Yellowhammer, which were printed by the Sunday Times this month.

Ms Khan declined to comment and a spokesman for Mr Johnson said: “We don’t comment on individual personnel matters.”

Whitehall’s code of conduct on special advisers makes clear that “responsibility for the management and conduct of special advisers, including discipline, rests with the minister who made the appointment.”

However, the code also notes that “it is, of course, also open to the prime minister to terminate employment by withdrawing his consent to an individual appointment.”

Jill Rutter of the Institute for Government, said it was unheard of for a departmental special adviser to be sacked by Number 10 without the minister they worked for first being informed — or indeed being asked to dismiss the adviser themselves.

“This case points up that special advisers do not enjoy the same employments rights as civil servants” she said.

On Mr Cummings’ role, Ms Rutter said: “Dominic Cummings only gets to run the show at Number 10 because the PM has given him the authority to do so. This is the regime that Boris Johnson has authorised and it’s clearly the way he wants things to be run.”