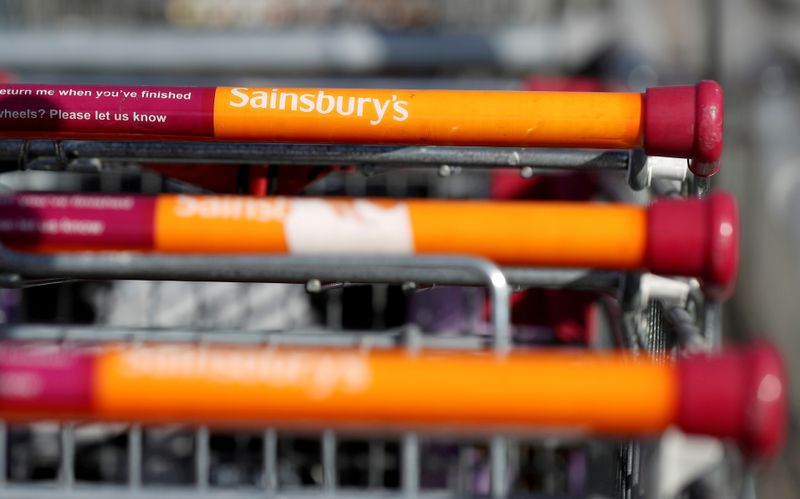 © Reuters. FILE PHOTO: The spread of the coronavirus disease (COVID-19) in Durham

After forgoing business rates relief of 410 million pounds ($557 million), it expects to report underlying profit before tax of at least 330 million pounds in its year to March 2021.

That is above a forecast made last month of at least 270 million pounds, though down from the 586 million it made in the previous year.

Sainsbury’s shares were up 4% in early trading.

The group said grocery, general merchandise and clothing sales were stronger than it had expected, particularly during England’s second national lockdown in November and subsequent increased restrictions throughout the United Kingdom.

Government restrictions forced many customers to change their Christmas plans at the last minute, which led to different shopping behaviour.

“We sold smaller turkeys and more lamb and beef than normal. While people had smaller gatherings, they still treated themselves,” CEO Simon Roberts said.

Restrictions to contain the novel coronavirus mean many people are working from home and the hospitality sector is closed.

Adding to the demand for supermarket goods, many of the five million or so Britons who normally travel abroad for Christmas stayed at home.