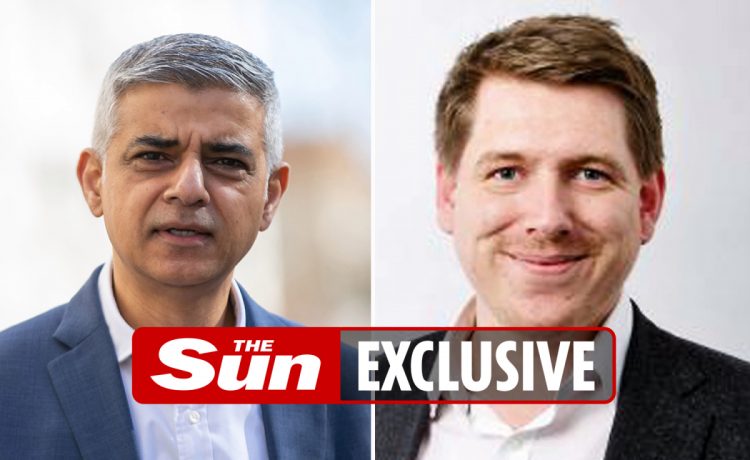 A TOP aide of London Mayor Sadiq Khan brazenly flouted lockdown rules by staying with his parents over Easter – while millions of families were forced to celebrate apart.

Last night Khan, who has repeatedly called for Covid-19 rules to be toughened up, said he was “deeply disappointed” in his advisor. It remains to be seen if he will keep his job.

Last year Mr Stenner moved to a luxury apartment in San Francisco, despite lockdown, and has been working remotely 8,000 miles from London.

A source at City Hall said: “Jack has made an absolute mockery of lockdown rules and everyone who has diligently followed them.

“We still don’t know how he was able to move to California while international travel was banned, and now he’s popping home to enjoy Easter lunch with his parents.

“He seems to think there’s one rule for the rich and powerful and another for the plebs.

“It’s ironic that he advises a left-wing Labour mayor who supposedly believes in equality and justice for all.”

It’s believed Stenner returned to the UK a month ago to manage Khan’s campaign ahead of the London mayoral election on May 6 and has been staying at a swanky pad in Bethnal Green, East London.

He made the 130-mile trip to Charlton Kings last week and stayed over the weekend.

Jack has made an absolute mockery of lockdown rules and everyone who has diligently followed them.

On Good Friday, an un-masked Stenner was seen popping out of his parents’ £500,000 home in posh Charlton Kings, near Cheltenham, to buy coffee. He is due to fly back to California next month.

He said: “I continue to call on the government to make wearing masks mandatory outdoors.

“Londoners have already made huge sacrifices, but once again I urge each and every Londoner to follow the rules. Stay at home, protect the NHS and help to save lives.”

Last night, a spokesman for Khan said he was “deeply disappointed” in Stenner – but tried to explain it by citing “a family bereavement”. It’s believed Stenner’s uncle died several weeks ago.

Mum-of-four, 55, paralysed from eyes down after heartbreaking Covid battle

The spokesman said: “Jack briefly returned to see his family because of a family bereavement. He fully accepts that his action was not within the rules and apologises unreservedly.

“Sadiq is deeply disappointed in him and has made clear that he has let down Londoners who have followed the rules and made huge sacrifices to keep others safe.”

City Hall confirmed that Stenner is leading Khan’s bid for re-election and will return to the US after the London mayoral elections on May 6.