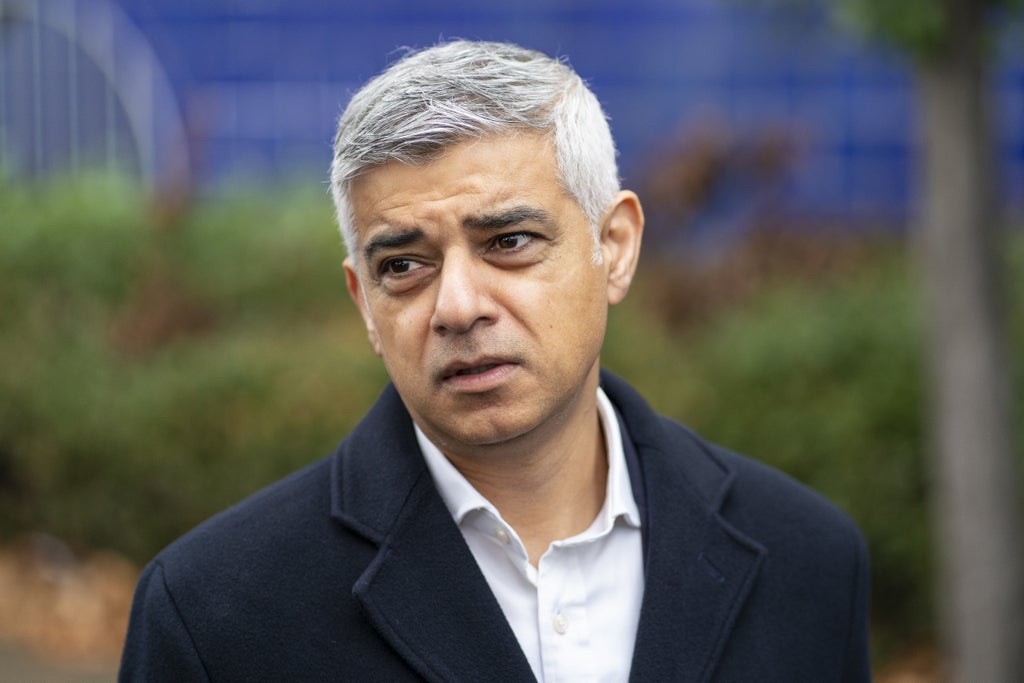 adiq Khan’s approval ratings have fallen firmly into negative territory for the first time since he became mayor in 2016, a new poll has revealed.

A survey by YouGov shows that 48 per cent of adults in the capital say Mr Khan is doing badly with more than a quarter of those surveyed saying he was doing very badly.

By contrast only 38 per cent say he is doing well – a fall of seven percentage points since the last time YouGov conducted a survey on the mayor’s performance in March 2021.

The findings give him a net approval rating of minus ten, the first time he has gone so clearly into negative territory, according to YouGov’s tracker.

A separate poll, commissioned by City Hall in May 2019, saw Mr Khan’s net popularity score fall to minus one.

His highest approval rating in the YouGov tracker came in May 2017 – a year after he was first elected – when 61 per cent of Londoners said Mr Khan was doing a good job. Mr Khan won a second term as Mayor in May 2021, with a 55 per cent share of the votes after a second-round run off.

Abigail Axe-Browne, research manager at YouGov, said: “Almost a year into his second term as Mayor of London, and for the first time since YouGov started asking in 2017, more Londoners think Sadiq Khan is doing badly than well.

“While he is retaining support amongst 2019 Labour voters, his scores have declined notably among them over the past year.

“On three key areas he has responsibility for – crime, housing and transport – more Londoners think he is performing badly than believe he is performing well. Perhaps more damaging for the Mayor is the fact 2019 Labour voters also tend to disapprove of his handling of housing and crime.”

The Mayor is facing calls to do more to tackle youth knife crime after 30 teenagers were murdered in the capital in 2021. His allies insist however that overall knife crime, homicides, burglaries and gun crime are all coming down.

On transport, Mr Khan has warned that he may have to cut Tube and bus services unless he can secure a long term funding settlement with the Government for TfL which has been hit by a major fall in revenues during the Covid pandemic.

Many motorists are also opposed to plans to push ahead with controversial Low Traffic Neighbourhoods which will see the expansion of wider pavements, segregated cycle lanes and restrictions on through traffic.

Although the Mayor’s allies say he has not been afraid to take the tough decisions to tackle pollution and congestion in the capital, motorists fear they could be hit by a new system for road charging designed to help City Hall hit its net zero target by 2030.

On housing, Mr Khan has been accused by Conservatives of a lack of ambition in delivering affordable homes in the capital. His supporters counter that saying that work on more council homes was started last year than at any time since the 1970s.

A London Labour source said: “Sadiq was overwhelmingly re-elected nine months ago and is getting on with the job of delivering a greener, safer, fairer city for all Londoners.”

YouGov interviewed 1,115 adults in London between January 7 and 10. Data are weighted.