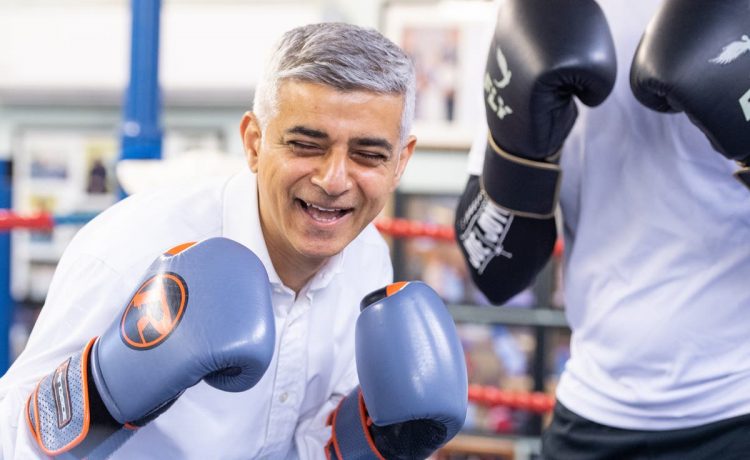 But the contest proved far closer than had been predicted, with the often maligned Tory candidate performing strongly, especially in the suburbs.

This is an overnight lead of 24,267 for the Labour incumbent, with counting due to resume at 8am on Saturday.

The seven constituencies declaring on Saturday are likely to be more favourable to Mr Khan, as five of these returned a Labour majority in the 2016 mayoral and London Assembly elections.

It is also almost certain that second preference votes will come into play as neither Mr Khan nor Mr Bailey looks likely to achieve 50 per cent of the vote on first preferences alone, despite predictions from pollsters at the start of the campaign that Mr Khan was set for a landslide.

This is also likely to favour Mr Khan, with many Green and Lib-Dem voters likely to have given him their second preference vote.

The first results this evening sent social media into meltdown as they suggested that Mr Bailey could be in with a chance of pulling off arguably the most dramatic mayoral result seen since the post was established in 2000.

Results from the first four constituencies put him 5,307 votes ahead of Mr Khan.

And he was ahead in the West Central area, which covers key Tory areas such as Westminster and Kensington and Chelsea, including the Ladbroke Grove area where Mr Bailey grew up. Here he had a lead of 2,205, poling 53,713 to 51,508 for Mr Khan.

But Mr Khan scored a thumping majority of 56,966 first preference votes in the Labour stronghold of Lambeth and Southwark.

They showed that Mr Bailey exceeded expectations by some distance. In Bexley and Bromley he polled more than 100,000 votes – more than 3,000 more than Zac Goldsmith managed for the Tories in 2016.

In Brent and Harrow, the assembly seat was retained by Labour with a majority of more than 20,000 votes – but Mr Bailey outperformed his party’s assembly candidate by about 9,000 votes.

He also outperformed Mr Khan by 5,009 votes in Ealing and Hillingdon, with 79,863 votes to 74,854. This was in spite of the seat being held by Labour on the London Assembly.

In both of these east London constituencies, Mr Bailey surpassed the Tory vote achieved by Zac, now Lord, Goldsmith, in 2016 by several thousand votes – despite a fall in overall turnout.

The results also showed the Greens performing strongly, claiming second place in the Lambeth and Southwark assembly constituency and putting them on course for three or a record four assembly members.

The Lib-Dems said there results would improve tomorrow when seats such and Richmond and Kingston declare.

READ  MPs call for unlimited fines for those who breach electoral law
Share on FacebookShare on TwitterShare on PinterestShare on Reddit
newsgrooveMay 8, 2021