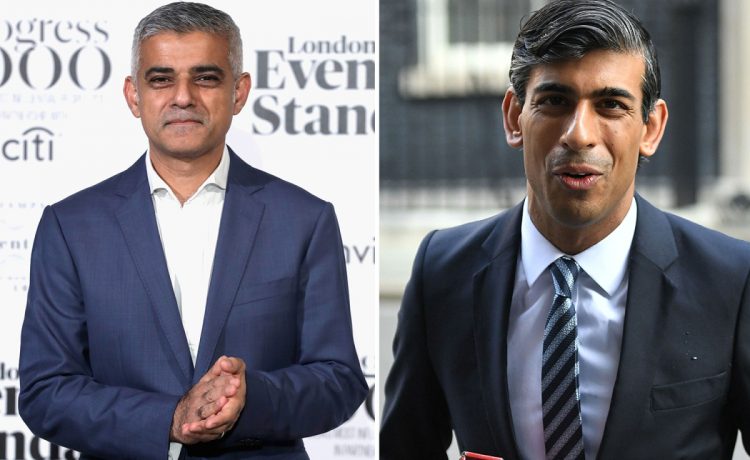 SADIQ Khan has begged Rishi Sunak to extend the business rates holiday beyond April in a desperate bid to save London’s West End.

The Mayor of London has warned that 73,000 firms face a business rates bombshell that few will be able to afford – which will force more venues and firms to close completely.

He urged him not to wait until the Budget to confirm extra help was on the way, saying: “Until footfall on our high streets and tourism levels return in the future, ministers need unequivocally to rule out the business rates bombshell planned for April, and announce the decision today.”

The Chancellor is deciding on his economic package ahead of March 3, where he is preparing to extend the tax break for shops and other firms.

Firms across London have been decimated by the rolling lockdowns, which have turned the capital into a ghost town.

Mr Khan said last night the retail and hospitality sectors have had a “torrid year” with many firms now on the edge of going bust.

Ministers should extend the rates until footfall on the capital’s streets and tourism booms back, he demanded.

The London Mayor added: “In just 50 days from now, over 73,000 London businesses face a business rates bombshell that very few will be able to afford.

“Businesses need the certainty of continuing financial support right now, and that includes an extension to the business rates holiday.

“If ministers act too late again, we’ll see even more venues decide to cut their losses and close permanently.”

He also demanded the Chancellor act now to close the unfair gap between huge businesses like Amazon and struggling high street businesses.

Ministers have long warned that online giants – whose profits have soared during lockdown – face a crackdown.

Labour warned last night that businesses faced a £50billion whack unless the Government continues support – demanding that rates and the VAT cut continue.

EVERY 1’S A WINNER

Rachael Robathan, leader of Westminster City Council, told The Sun last night an extension would give firms a “chance to breathe”, adding: “Many businesses in London are hanging on by their fingertips.

READ  Brexit celebrations ‘rub our noses in it’, says Heseltine

“They have had doors shut and shutters down for weeks on end, and they won’t just spring to life at the end of March and start trading again.

“If businesses don’t get a break on business rates, I fear that places like Westminster will never look the same again.”