Liverpool overcame an early scare to extend their winning Premier League run to 14 matches with a 3-1 win over Newcastle.

Steve Bruce’s side recorded perhaps the most surprising result of the season so far with a 1-0 win at Tottenham last month and threatened an upset at Anfield.

There appeared to be little danger when Newcastle shunted the ball out to left-back Jetro Willems but the Dutchman, on-loan from Eintracht Frankfurt, tricked his way past Trent Alexander-Arnold and thundered an unstoppable, rising left-foot shot past Adrian in the seventh minute.

Liverpool’s response was a sluggish one and it took, as is so often the case, one of their own full-backs taking matters into their own hands to provide the attacking impetus which led to an equaliser just before the half hour mark.

Andy Robertson surged past his marker and fed Sadio Mane inside the penalty area and the in-form forward turned onto his right foot and matched Willems’ earlier effort with an equally emphatic finish.

Jurgen Klopp was forced into an early change when Divok Origi was forced off with an ankle injury but his replacement, the irrepressible Roberto Firmino, made an instant impact five minutes before the break.

The Brazilian won the ball back just inside Newcastle’s half, drove towards goal and played in Mane. Martin Dubravka was unable to gather the pass and Mane was left with the simplest of tasks to convert from inside the six yard box.

Dubravka partially made amends in the second half with smart saves from Robertson and Firmino but he was powerless to prevent Mohamed Salah from making the game safe when he latched onto his Brazilian strike partner’s audacious back heel and slid the ball past the advancing goalkeeper in the 72nd minute. 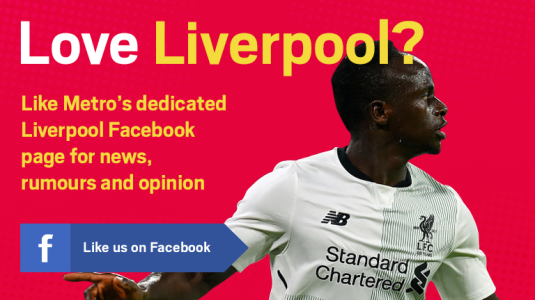