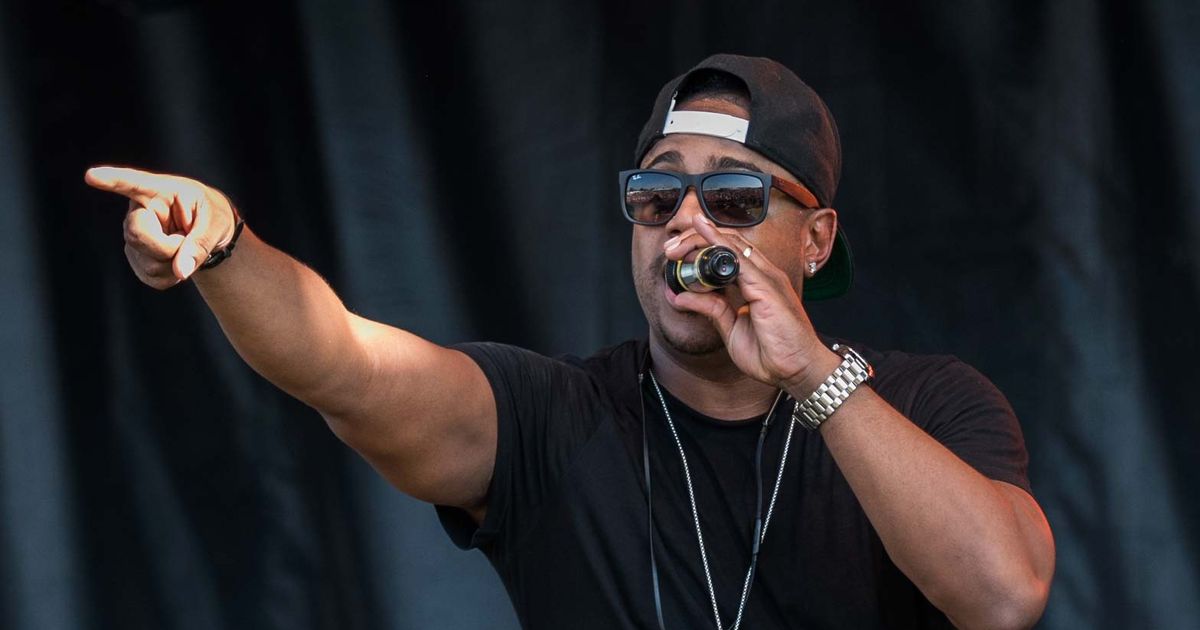 Bradley McIntosh has confirmed his cousin was the victim of a fatal stabbing in Kent at the weekend.

The S Club singer, 38, shared his heartbreak after 21-year-old Andre Bent was knifed to death in Maidstone early on Sunday morning.

Appearing on stage at the Sunshine Festival in Upton-upon Severn, Worcestershire, Bradley asked revellers to hold a minute’s silence in honour of his cousin.

“I’d rather be here performing for you Worcester, than moping at home,” he told the crowd.

“But please can we have a minute’s silence for my cousin.”

Fans have praised the emotional singer for managing to continue with his performance.

“Thank you @BradleyMcIntosh for carrying on with the show yesterday after receiving such devastating news. Very emotional moment #stopknifecrime #savelives,” tweeted one.

“He was studying at uni, in his second year and wasn’t in a gang or anything. He was just a great young guy with a bright future ahead of him.”

Four men have been charged with violent disorder in connection with the incident.

Andre lost his life following a brawl on the streets of Maidstone and was pronounced dead at the scene.

His cousin and sister have since paid tribute to the London South Bank University student and are pleading for justice to be done as police continue to investigate, Kent Live reported.

Andre’s sister Michaela wrote on Twitter : “Rest in perfect peace baby brother. I love you more than life itself.

“You will get your justice this will not go unanswered for.

“He did not deserve this in any way shape or form. He went out that night to enjoy himself and celebrate a friends birthday.

“I will not see my brother again and nothing can change that. What we can do is find the person who did this and let justice serve its course.”

Bradley has also retweeted his other cousin Louis Annan’s emotional plea, which read: “I can’t believe I’m writing this… I lost my cousin last night/this morning to a single stab wound after a night out. The roads aren’t a game. Knife crime isn’t a game. Been through this too many times in my life but this one hurts the most…

“Rest in Peace Andre Bent. I love you forever and I promise to put on for you.

“I didn’t believe it until I read it…I want everyone to know that my cousin had an amazing heart and was on his way to make a positive impact in this world.

“I’m urging any/everyone who was around in Maidstone during the early hours of the morning after a UK Rap show at the @thegalleryclub. It was my cousin who was fatally stabbed and we as a family just want justice. Please RETWEET to help spread awareness.

A Kent Police spokesman said in a statement on Monday: “Four arrests have been made by officers investigating a murder in Maidstone.

“The investigation was launched by the Kent and Essex Serious Crime Directorate after police were called at 3am on Sunday 25 August 2019 to a disturbance involving a number of people in Maidstone High Street.

“A 21-year-old man sustained injuries consistent with stab wounds and was declared dead at the scene.

“Four men were also injured, with three taken to a London hospital and the fourth taken to a local hospital.

“Four men from London have been arrested on suspicion of murder.

The Gallery nightclub also issued a statement to clear up false rumours spreading on Twitter.

“Everyone at Gallery hopes that all involved in the incident in the early hours of this morning in Jubilee Square make a speedy recovery and sends its condolences to the family and friends of the person who sadly passed away,” said a spokesperson.

“We would like to put a few comments that have been circulating social media correct straight.

“The incident did not start inside or directly outside Gallery. The incident started in Jubilee Square and involved various members of the public.

“A member of the public came down to Gallery to seek urgent medical attention after suffering multiple stab wounds.

“He was treated by out first aiders who provided the best care possible until the ambulance crew arrived.

“We searched everyone on entry and used hand held metal detector wands, as can be seen from our CCTV and customers who entered the club are fully aware of.

“Our CCTV of the road has been passed to the police to assist them with their enquiries.

“We wish to thank all our staff and the emergency services for the work they did in making sure the incident was brought to a swift conclusion and that those who needed it got the best care possible.”