Talk about a close call!

Ryan Reynolds avoided being seriously injured when he attended the third day of CCXP in Sao Paulo, Brazil in front of raucous fans.

It happened as the Deadpool star, 43, approached the crowd at one of the booths, and the barrier near the stage came crashing down, nearly crushing him.

Scroll down to video 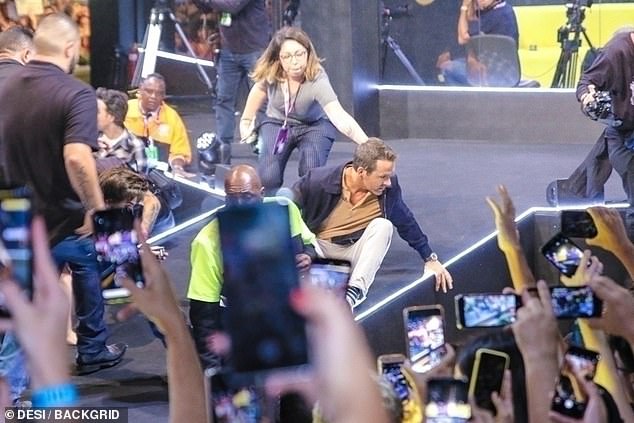 Near catastrophe: Ryan Reynolds showed quick reflexes and avoided getting crushed by a stage barrier during CCXP in Sao Paulo, Brazil on Saturday

In the moments before, Reynolds was on a stage waving and working the loud and excited audience, when he decided to jump down to the ground to greet fans.

Just as he approached them, those big barriers gave way to the pressure of the people pushing against it, and fell down with major force, which sent many fans falling forward.

Showing amazingly fast reflexes, the actor took a step back before making a quick jump nearly backwards back onto the stage to avoid injury. 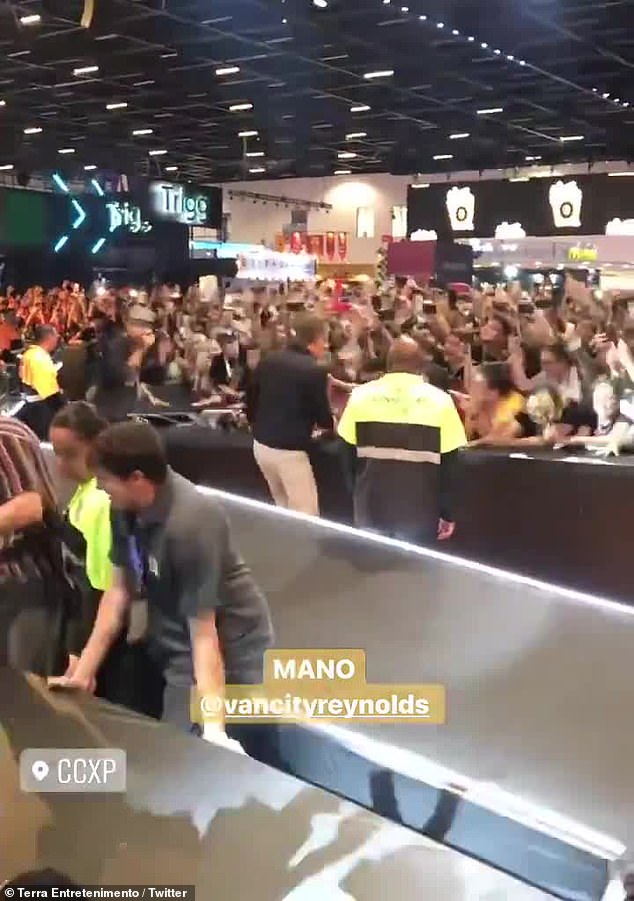 Working the crowd: After working the audience from the stage, the Deadpool star jumped to the ground and approached the raucous crowd who were yelling and screaming 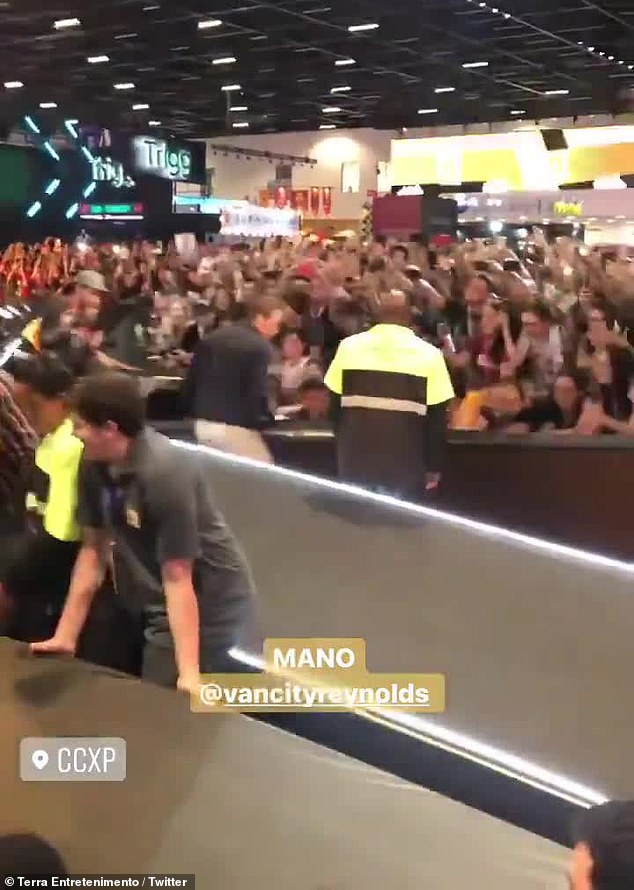 Scary: Withing a few seconds the black barrier near the stage came crashing down 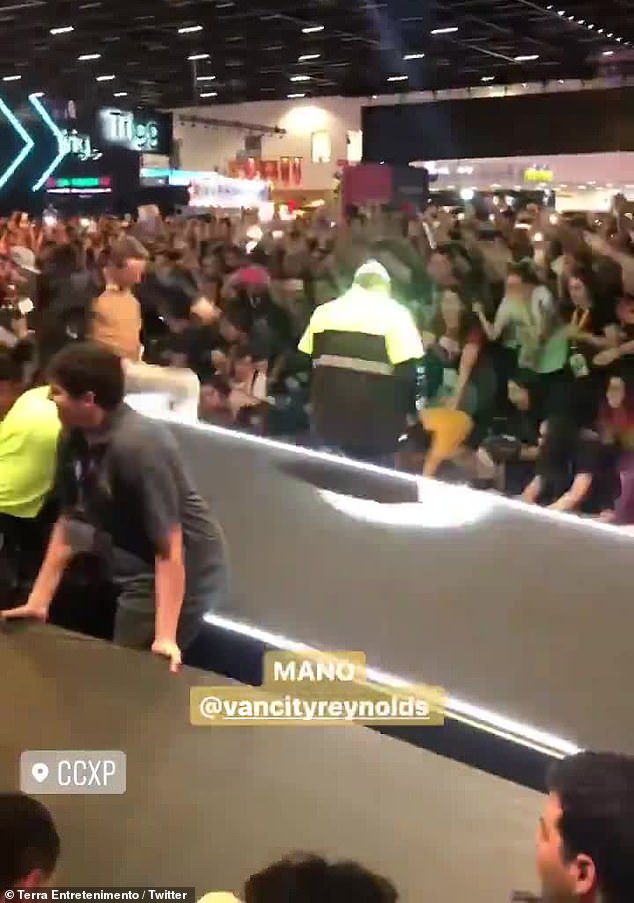 Superhero feat! Reynolds showed amazing reflexes and jumped backwards onto the stage when the barrier came crashing down hard

Commotion ensued as stage workers rushed to make sure Reynolds was okay.

He appeared stunned and worried for the sea of fans who were at the event promoting his new dark comedy action film Free Guy.

After assuring people he was not hurt, a spooked-looking Reynolds hopped back down to the ground and began asking people if they too were alright. 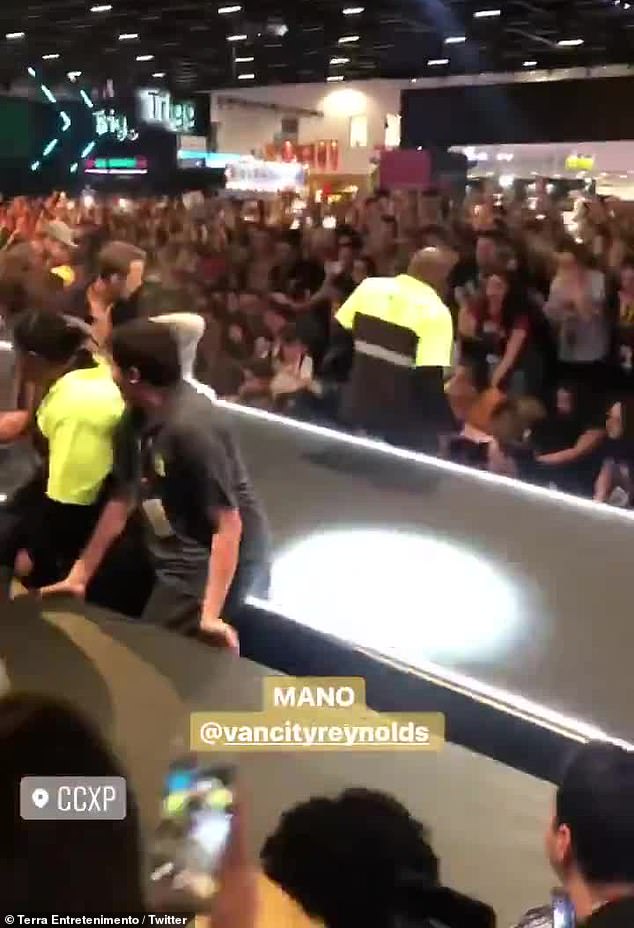 Smash! Many of the fans who were pushing into the barrier fell forward and onto the ground 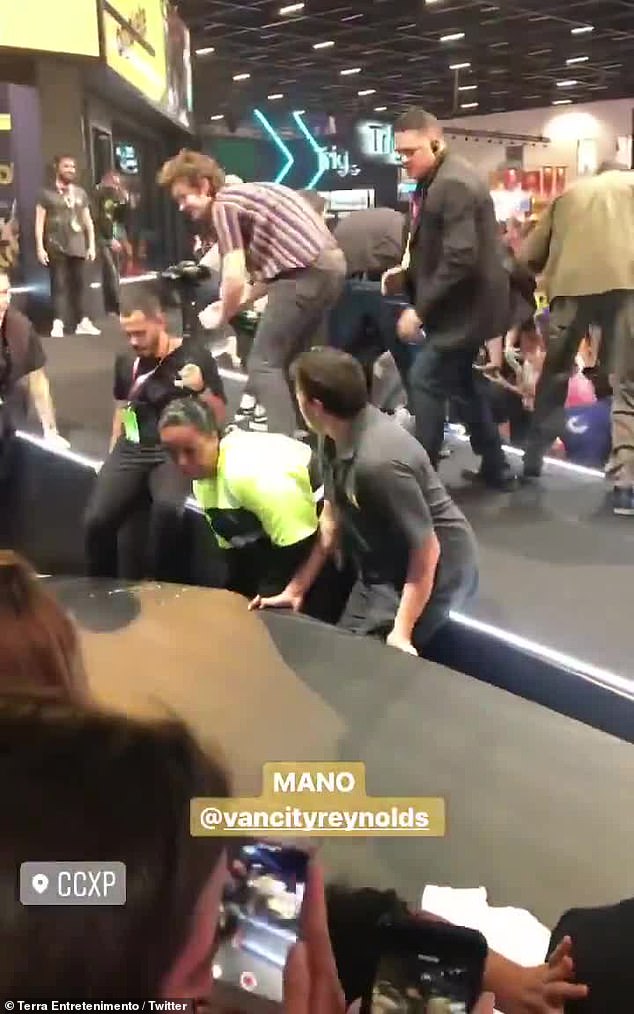 Mad scramble: Commotion ensued as stage workers checked to see if Reynolds and the fans were injured

He scoured the area with concern briefly and then jumped back to the stage.

Video footage ends abruptly, but it appears the actor tried to address the crowd again.

So far there’s no word on any serious injuries related to the mishap. 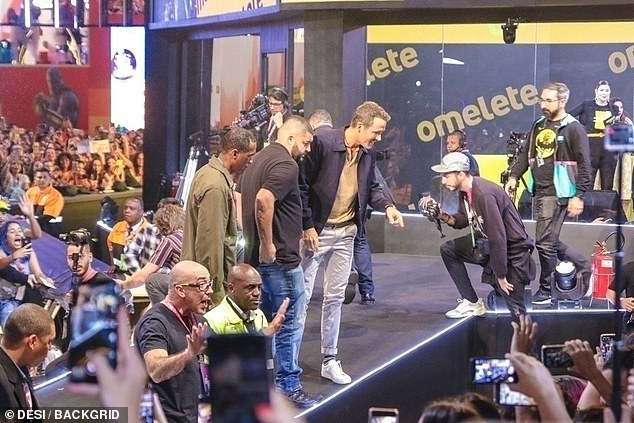 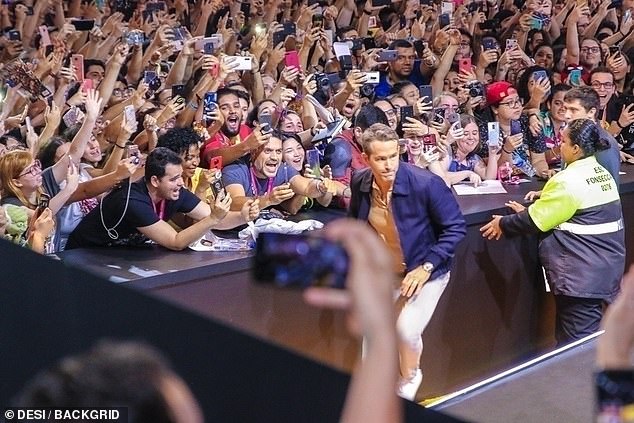 Promo mode: Reynolds was at the event in promotion for his new dark comedy film Free Guy

The Witcher: Why did star nearly rejected series? 'Difficult to persuade'

Time’s Up UK campaign has revealed their ‘alternative BAFTA’ nominees