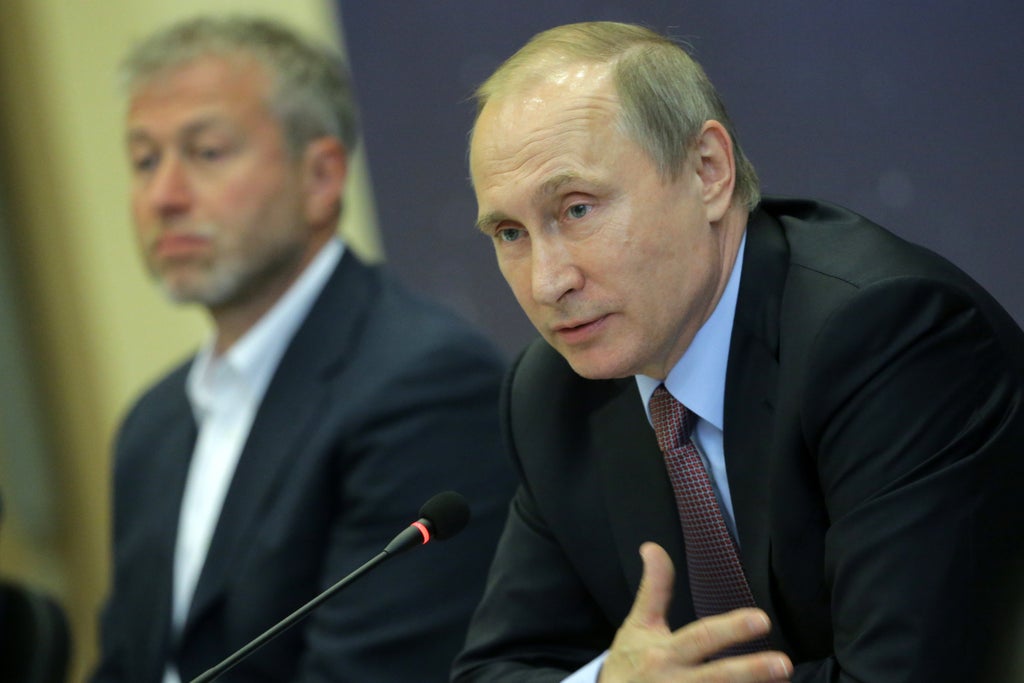 A day after the UK targeted a further 370 individuals and oligarchs with sanctions over their links to the Kremlin, Ms Truss made it clear there “would need to be a reckoning with all the people who supported Putin…including Abramovich”.

“Clearly Ukraine has already been devastated…we’ve seen the appalling scenes in the cities across Ukraine and there will need to be discussions about how the rebuilding is paid for,” Ms Truss told Sky News.

“I’m not going to speculate on what happens in the future, but we need to see those who contributed to this appalling war suffer the consequences as I’m afraid the people of Ukraine have suffered the consequences.

“Even if the war was to end and I fear we are not near the end. Huge devastation has been caused, lives have been lost as a result of this war.”

Asked directly if the UK was looking at using oligarchs’ assets frozen under sanctions, she replied: “We are not ruling anything out at this stage.”

The UK’s new wave of sanctions imposed on Tuesday took the total number of sanctions on individuals and entities since the Russian invasion on February 24 to more than 1000. In total 51 oligarchs and members of their families have been targeted by Britain, freezing their assets and imposing travel bans. The Government estimates the combined wealth of all those sanctioned is £145billion.

The wave of sanctions, which was accompanied by a fourth tranche of sanctions from the EU, followed the passing of a new Economic Crime Act which will make it easier for the UK to target those sanctioned by western allies. It will also create a new overseas property register to ensure the true owners of expensive property assets in the UK are declared.

Ms Truss vowed there would be more sanctions from the UK in he future as Britain ratchets up the pressure on the Russian economy, which she said was already having a “debilitating effect”.

Russia is due to make two interest payments worth $117m on its government debt in dollars later on Wednesday.

Although Russia has said it will make the payments as usual it has said sanctions may prevent it from doing so, triggering fears that it could default on its debt for the first time since 1998. It would also be the first default on foreign-currency debt since the Russian Revolution in 1917.

She added that she would like to see the EU, which has only imposed sanctions on three Russian banks, target more financial institutions, and urged all 141 members of the United Nations who voted against Russia at the United Nations General Assembly to now follow through with sanctions.