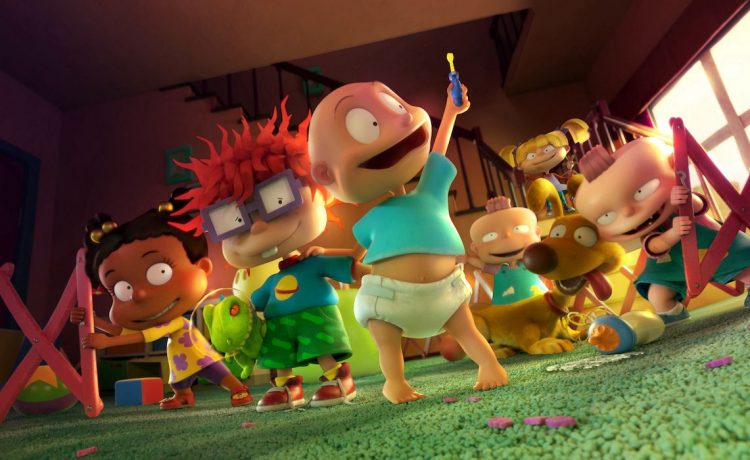 For readers of a certain millennial persuasion, Rugrats was everything. The Nickelodeon animated series, originally airing from 1991-2004 (alongside some movies and All Growed Up spinoffs), was immediately iconic thanks to its unique visuals, surprisingly mature storylines, idiosyncratic Mark Mothersbaugh score, and of course, that beloved lizard monster known as Reptar. Now, all of these millennial Rugrats fans are about to have a mess of opinions with this new Rugrats revival series coming to Paramount+. As revealed during the network’s February 24 TCA presentation, the series will have its original cast in stow — yay! — but a new, CG animation style instead of the original’s 2D look — hmm!

RELATED: The 14 Greatest Kids Cartoons of the 90s

The original cast is all back: E.G. Daily (Tommy), Nancy Cartwright (Chuckie), Cheryl Chase (Angelica), Cree Summer (Susie) and Kath Soucie (Phil and Lil). Watching this initial clip gave me goosebumps at times — they all sound exactly like their characters, the dynamics between Angelica and Chuckie are fierce and funny, they’re watching a friggin’ Reptar special, and Mothersbaugh’s strange “Bahh bahh” sampled voice score is kickin’ in all its glory. And yet… this animation style feels like a downgrade to me. I don’t necessarily mind a CG shift if it looks good, and this doesn’t look the best. Are these unfinished visuals rendered specifically for this preview? Will I get used to the “weirdly darting eyes”? Should I just chill and accept that this is a series primarily for children?! Probably that last one, right?

The new series comes from returning Rugrats producers Eryk Casemiro, Kate Boutilier, and Rachel Lipman, alongside new producers Dave Pressler (Robot and Monster) and Casey Leonard (Breadwinners). Of the new series, Ramsey Naito, President of Nickelodeon Animation, said this: “Rugrats is one of the most iconic cartoons recognized by fans around the globe, and this original version is one we are taking great care and pride in creating for a brand-new audience. Having the voice cast behind these special characters come together is one of the essential pieces to making the show recognizable and we can’t wait to watch this talented group bring them to life again.”

Check out the first look at the new Rugrats series coming to Paramount+ below. The series comes to the service this spring. What do you think about the new animation style?

This is good for the baseball bat industry.

READ  To All The Boys: PS I Still Love You leaves us crying out for more Peter Kavinsky as love triangle falls flat
Share on FacebookShare on TwitterShare on PinterestShare on Reddit
newsgrooveFebruary 25, 2021