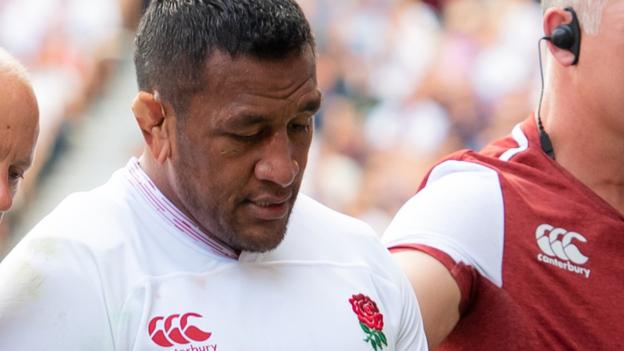 The prop suffered a small tissue tear against Ireland, shortly after making his long-awaited comeback from another hamstring problem.

He is only expected to be out for around 10 days which shouldn’t affect his involvement in the World Cup.

Exeter’s Ben Moon has been called up as cover for the match at Newcastle’s St James’ Park on Friday 6 September.

Moon is part of the squad flying to Treviso on Wednesday for another warm-weather training camp, with Charlie Ewels, Matt Kvesic and Joe Marchant – who are not part of the World Cup squad – also involved.

Meanwhile England still hope wing Jack Nowell will be fit to travel to the World Cup, despite Exeter Chiefs boss Rob Baxter admitting he was “touch and go” for the showpiece in Japan.

Despite cautious optimism from the England camp, Nowell’s recovery from the ankle injury suffered in the Premiership final in May has been far from smooth.

Earlier this month, the player admitted he pushed himself “too hard” in a bid to be fit for the World Cup.

England had expected him to feature in part of this month’s warm-up schedule, but now accept he will only be available for the opener against Tonga on 22 September at the earliest.

With Ruaridh McConnochie also recovering from injury, Jonny May, Anthony Watson and Joe Cokanasiga are the only fit wingers in the squad.