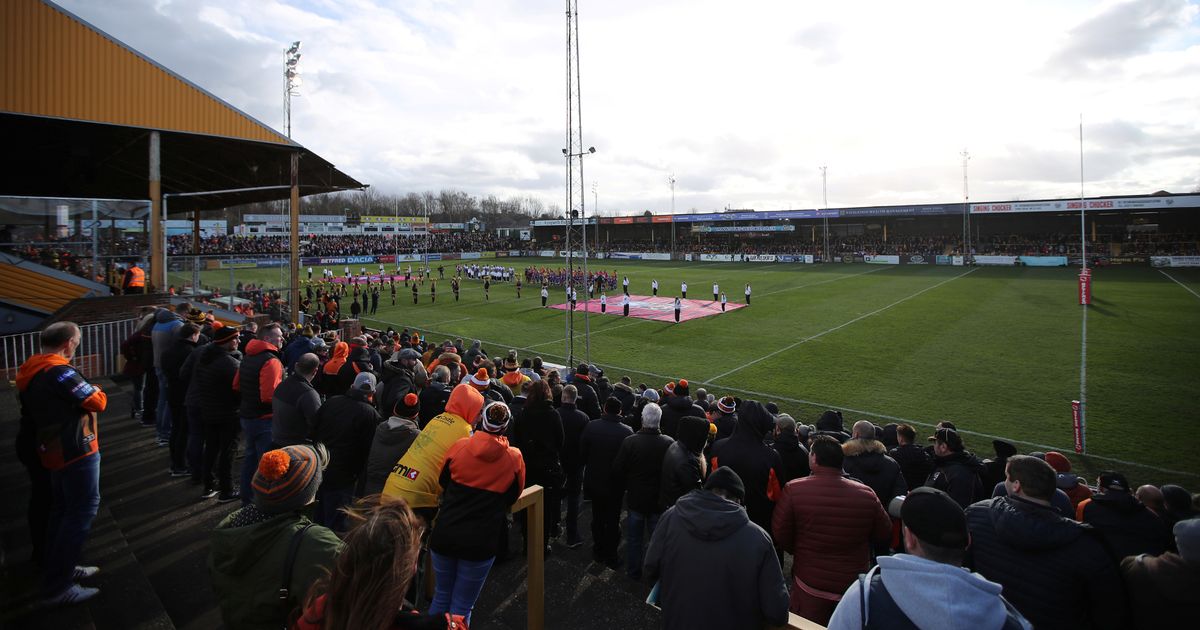 In life you can take things for granted until they’re taken away from you – and that’s what’s happening with sport.

Hopefully in the right economic circumstances what we will see when we emerge from this current situation is a real surge in people getting behind live sport.

But in the meantime those sports, and in our case rugby league, need help to survive.

All sports are businesses and most only just wash their own faces, with most clubs needing a benefactor.

A lot of clubs in rugby league are on that knife edge during the good times, so this is a huge test for them.

These clubs have been woven into the fabric of their local communities for over 100 years.

A lot of people have mundane jobs where the highlight of their week might be coming to watch their team play.

There’s no rugby going on at the moment due to the Government guidelines – it’s through no fault of the clubs themselves.

New plans to help businesses were unveiled on Friday afternoon and it’s important to now work out how relevant they will be to rugby league clubs.

I believe the Government has a duty to support and back these clubs and make sure that when we do get through the other side of this, they are still in place to continue being part of their communities.

I know not all rugby league clubs are in the north of England but the vast majority are, and this Government owes the north a lot.

These towns and cities played a large part in them coming to power, and now is the time for them to repay that faith.

Over in Australia we’re seeing matches continue to take place behind closed doors in the NRL.

But it’s a different landscape for the sport there – all of their matches are on TV every week and the money they rely on for that is proportionally more than it is here.

I’m not sure it would be feasible to do that over here with the money we’d lose through the gates, but perhaps it’s something the sport could look at as an introduction to playing again when that time comes.

Maybe it would allow us to get a couple of the Challenge Cup rounds done before grounds are opened again, because traditionally the clubs don’t make as much money for those games with the crowds being lower.

But in the meantime the clubs have some tough times ahead – and Government help could be the sport’s saviour.