Rudy Giuliani has joined a chorus of right-wing voices outraged over Eminem taking the knee at the 2022 Super Bowl halftime show.

The former Trump lawyer and New York mayor has suggested that the rapper should leave the United States for kneeling during the widely polarising performance on Sunday (13 February), led by Dr Dre.

Speaking on his radio programme as much of the US reflected rapturously on the show, Giuliani complained that Eminem had insulted law enforcement by kneeling on stage – a widely adopted gesture used in sport to acknowledge the US’s persistent realities of racism and racial violence.

He said: “Let’s get right to Eminem taking a knee. Why doesn’t he go to another country? I mean, go take a knee someplace else. You know how many cops were defending him and protecting him at that game yesterday?”

According to Giuiliani, 77, the NFL too has “made a mockery of law enforcement” by allowing Eminem to take the knee without sanction.

Giuliani, earlier praised as “America’s Mayor” for his handling of 9/11, has now become a highly divisive figure for defending the “big lie” or Donald Trump’s claims that the 2020 US presidential election was stolen from him.

The halftime show was widely celebrated as one of the Super Bowl’s best ever, but not on the right. Other conservatives and right-wing commentators who took exception included Charlie Kirk, founder of Turning Point USA, who declared after the performance that the NFL had become “the league of sexual anarchy”.

Recently, Giuliani himself courted controversy after he was revealed as one of the contestants on the US edition of The Masked Singer. 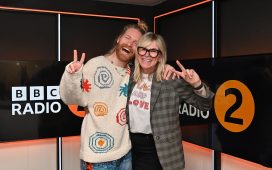