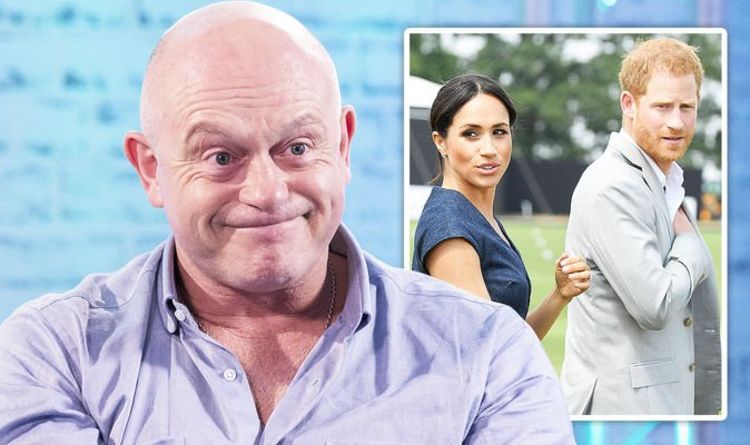 The presenter, 56, returns to ITV screens tonight in the second part of Britain’s Tiger Kings: On The Trail With Ross Kemp. The documentary follows private animal keepers in the nation and the opposition towards the creatures being kept outside of zoos. This is the latest in a long line of shows created by Kemp since he left his full-time role in EastEnders more than 15 years ago.

Kemp’s documentaries have led him to some of the world’s most dangerous spots and earned him the nickname of “Britain’s toughest man”.

He has filmed soldiers fighting on the frontline in Afghanistan, went in search of modern-day pirates and dangerous criminal organisations.

The star’s shows have earned him three BAFTA nominations, including one victory for Best Factual Series, and several other awards.

His work drew the attention of Prince Harry, who praised him for trying to change the perception of the Armed Forces.

The ex-soap star and the Sussexes have been seen together at a number of occasions including one where Kemp was snapped crying during an awards ceremony.

During one interaction in 2019, while Meghan Markle was carrying Archie Harrison, Kemp said she looked “stunning”.

At the event, the Duchess gushed over Harry and claimed he was “going to be the best dad”.

Kemp revealed that he gave them advice about becoming new parents during one conversation.

JUST IN: Tiger King’s Joe Exotic admitted why he would ‘euthanise everything’

The former soap star believed the royal referred to his help “bringing awareness” of the struggles faced by people in the military.

Kemp noted that it was “actually nice to be thanked by someone like him” because he had “been there himself and seen and done it”.

He continued to praise the Sussexes claiming they were “down-to-earth, very warm” and “decent human beings who care” about others.

Prior to Megxit, he felt they “could potentially be a massive catalyst for great change”.

Kemp added: “Not just in the UK but around the world.”

His remarks came before Meghan and Harry announced they wanted to step down from being senior royals.

The negotiations are part of the couple’s bid for financial self-sufficiency after Harry claimed he no longer received money from Prince Charles – an allegation that has been refuted by some experts.

Harry was also named as the Chief Impact Officer for Better Up, a mental health services business, last month.

Less than 48 hours after the announcement, it was revealed that he would also join the Aspen Institute as one of 14 “commissioners” to combat misinformation.

In a statement, the royal said: “Today’s digital world has us inundated with an avalanche of misinformation.”

Harry claimed the dissemination of inaccurate information was “affecting our ability as individuals as well as societies to think clearly and truly understand the world we live in”.

He branded it a “humanitarian issue” and looked forward to finding a “solution-orientated approach” to help with “the information disorder crisis”.

Britain’s Tiger Kings: On The Trail With Ross Kemp airs its second part at 9pm tonight on ITV.