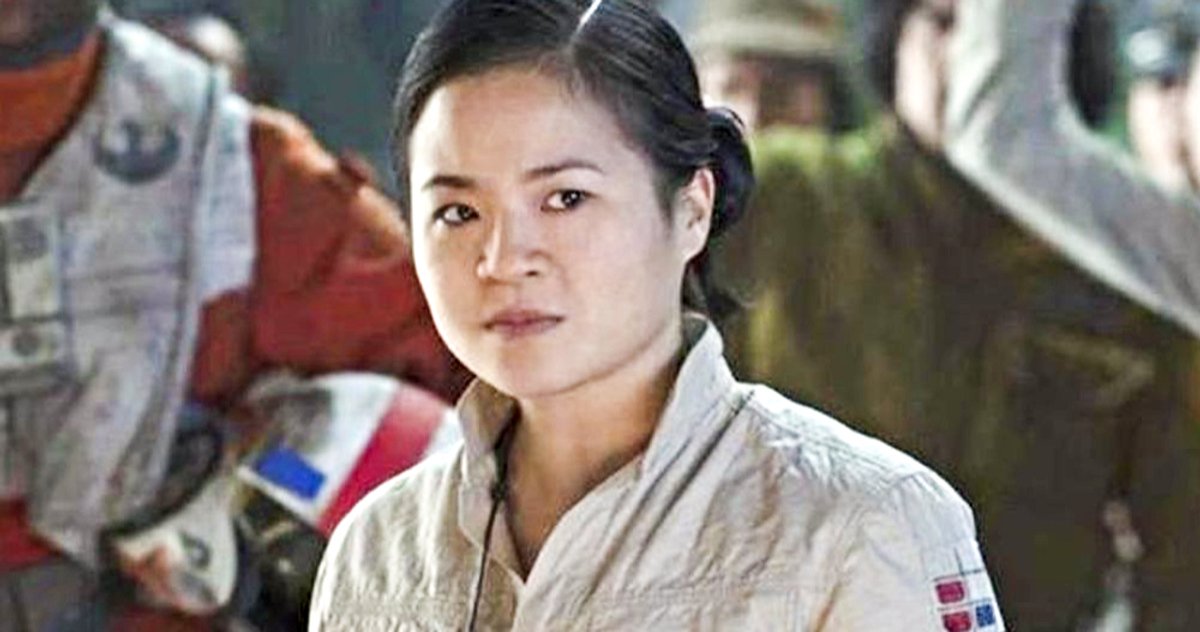 There has been much discussion over the last week regarding The Rise of Skywalker. That discussion will surely rage on for months, if not years, but talk at this moment has turned to Rose Tico. The character, played by Kelly Marie Tran, who was introduced in The Last Jedi, returned for the finale of the Skywalker saga. However, Rose was given very little screen time in this installment and that is not sitting very well with quite a few fans.

According to a new report, all told, Rose Tico has just one minute and 16 seconds of screen time in Star Wars: The Rise of Skywalker. Just 76 seconds in a movie that clocks in at 2 hours and 22 minutes. Considering that Rose became a major player in the Resistance in The Last Jedi, that paltry amount of time dedicated to her in Episode IX has helped lead #RoseTicoDeservedBetter to trend on Twitter.

The majority of the tweets express anger or frustration with Lucasfilm and director J.J. Abrams. For many, Rose Tico represents the central themes in Star Wars, not to mention that she was a beacon of representation for Asians in the series. Several have even started campaigning to give Rose her own Disney+ show, including author Chuck Wendig, who has written several novels within the franchise. Emmy-winning artist Rob Cabrera, for example, took to Twitter to pitch his idea for the character’s Disney+ show, which reads as follows.

“Rose Tico (Disney+ Series 2021): After leaving an ungrateful Resistance behind, Rose Tico sets out on a personal journey to liberate every slave in the galaxy with sass, blasters & space horses.”

Many of the comments sections in the #RoseTicoDeservedBetter tweets were littered with debate, much of it ugly, as others jumped in expressing their distaste for the character. Ahead of the movie’s release, many questioned the absence of Rose from much of the merchandise. Lucasfilm appeared to be distancing itself from her. While the studio almost certainly wouldn’t put it as such, that 76 second figure would beg to differ. Several Twitter users pointed out that J.J. Abrams had thanked Rian Johnson for creating the character of Rose Tico, only to drastically reduce her on-screen presence in Star Wars: The Rise of Skywalker.

As has been the case for the past couple of years, the Disney era of the franchise is plagued with unending debate, disagreements and ugliness. There are no easy answers. There is no clear path forward. But what’s done is done. Will we see more of Rose in the future? It will certainly be interesting to see if Lucasfilm continues to put some distance there, or if they woo Kelly Marie Tran back for an appearance elsewhere, perhaps in a Disney+ show. This news was previously reported by Slate.

The amount of people who think that nothing actually happened in The Last Jedi is astounding. Every single character had an arc, like it or not, and the movie challenged a lot of what was previously held sacred by the most indentured fanboys. Yes… boys. #RoseTicoDeservedBetter

Disney, the solution is simple:

From the perspective Star Wars needs: the working-class everyperson winning by saving what we love. pic.twitter.com/735snv3p2X

After leaving an ungrateful Resistance behind, Rose Tico sets out on a personal journey to liberate every slave in the galaxy with sass, blasters & space horses. #RoseTicoDeservedBetterpic.twitter.com/uHpyLdJaBZ

Give Rose her own series, you cowards. #RoseTicoDeservedBetterpic.twitter.com/bR3ImJkWWm

I support this. Though I think I’d rather a TV show — the ongoing adventures of Rose Tico, please and thank you. https://t.co/wHvJ0xWHP7

What #StarWarsRiseofSkywalker did to Rose Tico is unconscionable. Kelly Marie Tran got less screen time than Dominic Monaghan’s random new character. They Jar Jar Binks-ed her because trolls bullied her off the Internet. Kelly deserved better.

all the headasses going through the #RoseTicoDeservedBetter tag going “she was annoying” like… do you ever feel overcome by the realization that she, a fictional character, will have spread more positivity and love and joy than you ever will in your lifetime?

Once again, JJ said at celebration “I was grateful to Rian Johnson for so many things, the greatest for me was casting Kelly Marie” all while knowing that he threw out her character and Kelly had to sit on stage and smile throughout it. JJ is shit and #RoseTicoDeservedBetter

Every asshole in the #RoseTicoDeservedBetter tag just proves how true the sentiment is. You’re actions only make us stronger.

If you watch this gif 10 times it probably is about as long as her total scenes were in the film. KMT did a great job in TLJ and got shelved to please bitchy fanboys for one more film. Fuck that shit and give her a damn show
#RoseTicoDeservedBetterpic.twitter.com/VfpQVp5xRm

Rose Tico got 1 minute and 16 seconds of screen time in TROS. After punching her fist through Canto Bight, saving what she loves, and being a spark of hope… she got 1 minutes and 16 seconds. #RoseTicoDeservedBetter

READ  When Does the Black Widow Prequel Take Place in the MCU Timeline?
Writer of various things on the internet (mostly about movies) since 2013. Major lover of popcorn flicks. Avid appreciator of James Bond, Marvel and Star Wars. Has a tremendously fat cat named Buster and still buys CDs. I’ve got my reasons.