Ronnie O’Sullivan’s quest for a record-extending eighth UK Championship came to a thrilling end in a breathless 6-4 last-16 defeat by a rejuvenated Ding Junhui.

O’Sullivan failed to pot a ball in the first three frames as the world number 16’s near-flawless start delivered breaks of 81, 52 and 110.

A majestic response, including back-to-back centuries, drew the world number two level at 4-4.

Both men had good chances in a nervy finale, but it was two-time champion Ding who held his nerve to progress.

China’s Ding, who faces compatriot Liang Wenbo in the quarter-finals, has not won a ranking event in more than two years.

But O’Sullivan, on his 44th birthday, had “no complaints” about losing to the 32-year-old for just the second time in nine meetings.

“I am quite happy with four frames,” O’Sullivan said. “I was 4-1 down and he hadn’t missed a ball and I was thinking this could a 6-0 or 6-1 mauling on my birthday.

“I got it back to 4-4 and twitched a red and he played well and held himself together at the end.”

Ding only reached one ranking event quarter-final last season, with just one last-eight appearance so far this term.

His only victory over O’Sullivan in eight previous meetings came in a 13-10 success in the quarter-finals of the 2017 World Championship and his last ranking event success came at the World Open in September 2017.

Ding said: “I know I played good in the last round so I was confident. 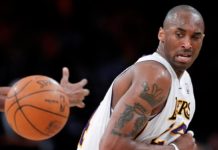 Lewis Ludlam packed and ready for an England chance against France