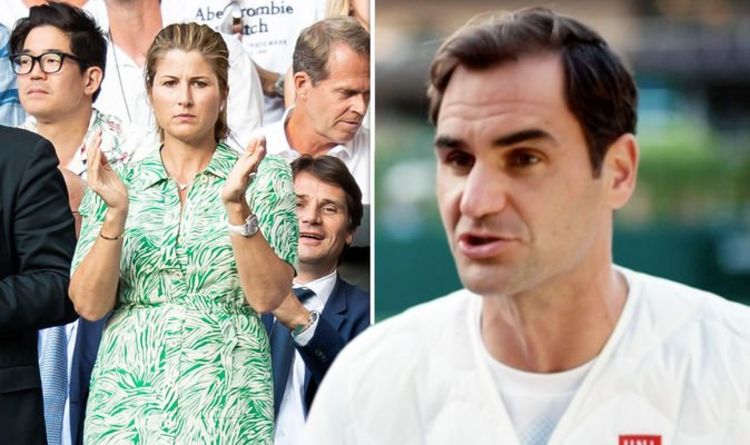 Tennis legend Roger Federer is regularly supported by his long-term wife Mirka and their four children at tournaments, however this year has been different due to the ongoing coronavirus pandemic. The 39-year-old addressed why having his family in his bubble couldn’t work.

He said at The French Open: “Having four kids in a bubble isn’t really going to work out for me, so we have this situation here and we’ll have it again at Wimbledon, and maybe also at the Olympics.”

Roger went on to say that he and wife Mirka would see how things go at Wimbledon before making a decision about the upcoming Tokyo Olympics.

He continued to press: “My first thought with Mirka is to get through Wimbledon, see how that feels and how that goes, and we’ll go from there.

“Our initial goal was to get in shape for the grass-court season, and for Wimbledon in particular, but so far, so good, everything is OK at home from everything I hear with Mirka.”

Last year, he told how she took a step back from her own tennis career so he could pursue his.

The couple first met at the Sydney Olympics back in 2000 where they were both competing.

Aged 21 at the time, Mirka was a rising tennis star herself and the couple played doubles together.

He told The Times: “She has been wonderful in terms of support.

“It was amazing how easily she walked away from tennis and retired, never really tried to come back.

“With me winning Wimbledon eventually and becoming the player I became, she was, like, ‘You know what, I’d rather have helped you have an amazing career [than] me having some kind of a career.

He added: “We just love our time together and that’s still the case.”