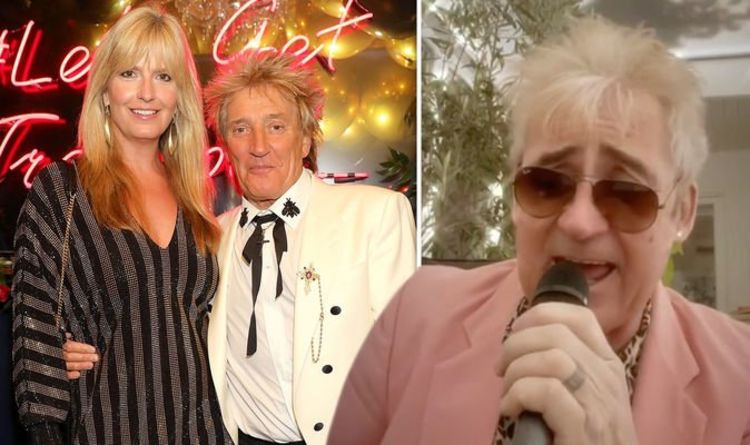 “This is for you, from Rod and Penny.”

He went on to song Rod’s hits including Have I told You Lately That I Love You and Da Ya Think I’m Sexy?

The impersonator took to Instagram today to thank the singer and Penny for “cheering me up in theses difficult times”.

Rod is also a grandfather to Kimberly’s daughter Delilah.

People Magazine announced Kimberly was now a celebrity closer organiser and has Rod as one of her clients.

“Check out @thekimberlystewart and her amazing work with @therealm_ks on @people!”

She said of her career move: “During the quarantine, I couldn’t stand looking at the chaos going on in my dad’s pantry and kitchen so I got to work.

“I posted it on my Instagram for fun, and the response and feedback were phenomenal.

“I got direct messages from people asking me to come do their houses.

“At that point, the idea came to life, and I realised that I needed to reorganise closets professionally.”