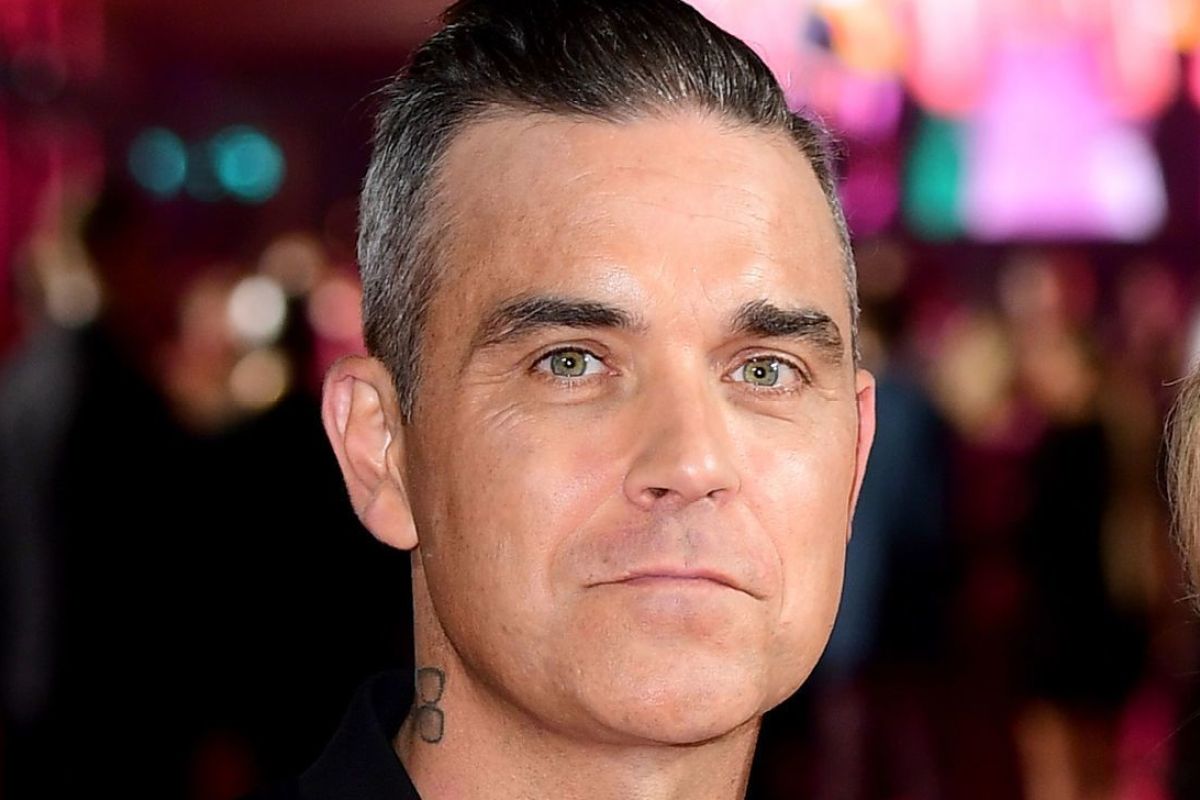 ROBBIE Williams revealed he had sex with his drug dealer just before his first date with wife Ayda Field.

She had no idea of Robbie’s romp with his dealer – but she did feel a degree of pity for her husband to be after noticing his lonely lifestyle.

Speaking to the Mail On Sunday about their blind date, Ayda said: “The energy was weird. Rob was like a Dickensian pop star holed up in his mansion: the house was dark, it didn’t feel like a home. It was quite sad.”

The father-of-three continued: “My drug dealer had just left, I’d slept with her and she’d left me a bag of drugs.”

“I’m so square, I had no idea about any of that,” said Ayda.

Their connection was undeniable, and Rob credits Ayda with rescuing him from a dark place four years after he signed a then record £80million four-album deal that sent him off the rails.

Robbie said: “I’d secretly retired, I was already dealing with various demons and my record deal completely derailed me.

“I had charlatan syndrome anyway and when I became financially secure, it blew my mind and made me lose my ambition. I didn’t know what I wanted to do.”

The resurgent star recently released his twelfth album and revealed he is the happiest he has been in years.

“I’ve embraced the middle of the road and walked towards the naff instead of away from it,” he told The Sun last month. “And I am enjoying my journey now.”

For the first time in years Williams confessed that he feels happy, confident and at ease with being in the spotlight.

“I am celebrating who I am right now and I’m not pretending that I’m someone else,” he said. “I am a middle-aged guy who likes mainstream stuff and feeling cosy at Christmas. Before, I didn’t know who I was. I was very uncomfortable in every situation. I was like an actor and put on a character which served me well — it’s been my shield. I tried on a bit of everything to see who I was. And I did it in public. It was a headf***.

“I was always overwhelmed when I came off stage. Depression, social anxiety and phobias are incredibly debilitating and having to pretend that none of those existed. For two hours I had to pretend that I was Superman.

“Self-esteem has always been a struggle, but those negative voices are very quiet for me right now. They do exist and they will never go away but they are not in the driving seat any more.

“Being a public figure and a people pleaser, I had to protect myself from being scared of strangers approaching me. They’d ask for a photo and you either say no to people and they go away thinking you are a c*** and you hate yourself, or you do everything for everybody and you have nothing for yourself and you hate yourself. It was hard.”

He credited Ayda for being there for him and for teaching him that he doesn’t always have to be right.

He said: “Ayda has taught me how to say sorry — I could never before but because of her, it’s becoming easier for me. We are great together and I am still surprised that I’m monogamous. What we’ve got just gets stronger. We have the kind of sickening relationship that Barbara Cartland could write about.

“I met lots of people in my past but she was The One. I could go out and meet anybody but there was nobody I wanted to do anything with.”