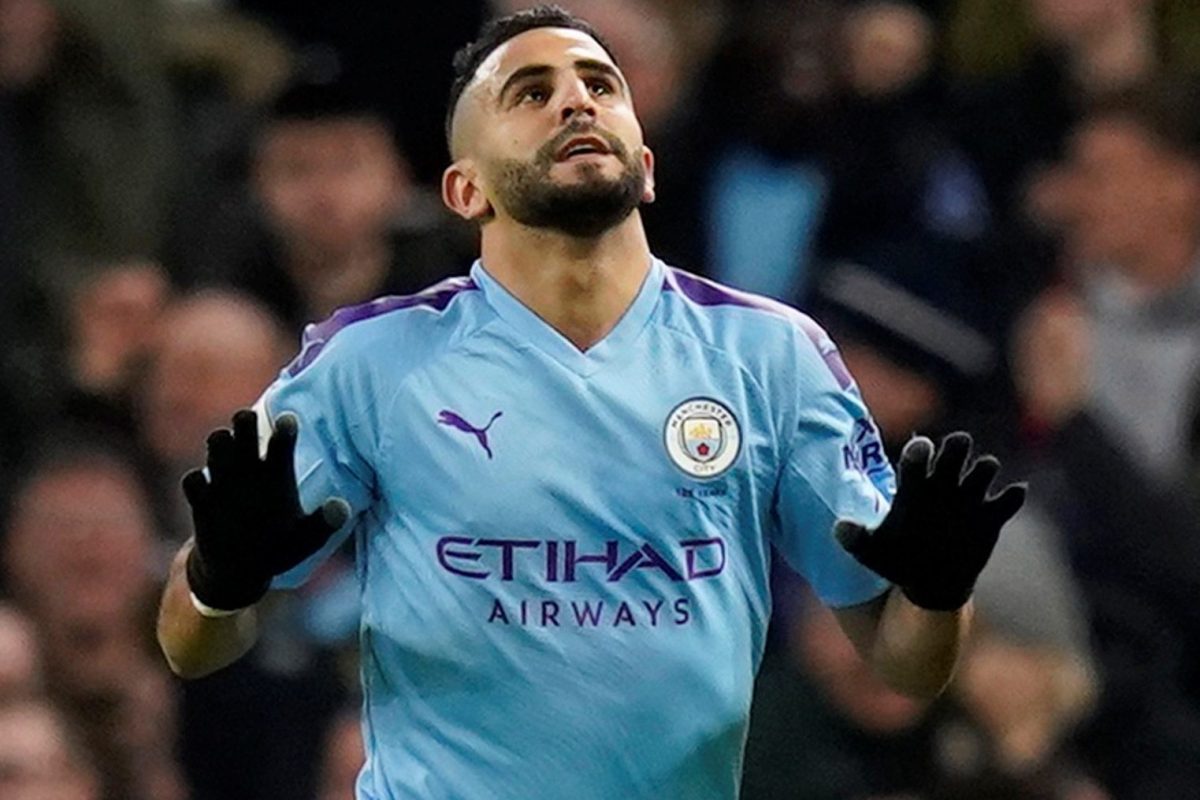 RIYAD MAHREZ may have just revealed Manchester City legend Fernandinho will leave the club in the summer.

The Brazilian’s current deal expires in the summer, and although there has been no talk of fresh terms, leaving had not been mentioned either.

It appears Mahrez accidentally announces it will be Fernandinho’s last season at City on Sky Sports Latest YouTube vid ?. Mendy kind of gives him a “you weren’t supposed to say that” look pic.twitter.com/1KYo2iNTlZ

Until now that is, thanks to City’s Algerian winger.

Mahrez and Benjamin Mendy took part in a quickfire round of questions on Sky Sports’s YouTube channel.

The pair were asked: “Who announced in the summer that this will be their final season at City?”

Mahrez was quick to buzz in, responding with “David and Fernandinho.”

The presenter turned to Mahrez and nodded, saying: “Yep, David, Silva” before quickly trying to move on.

SILVA OFF TO MLS?

But Mendy’s reaction appears to confirm that Mahrez had just let the secret slip.

The French full-back stood with his hand over his mouth before smiling at his team-mate.

SunSport reported in the summer that Silva confirmed he would leave after ten years at the Etihad.

And despite rumours he could end his career at local club Las Palmas, it seems that Silva will ply his trade in the MLS next campaign.

READ  Jose Mourinho: Tottenham finishing fourth in the Premier League would be my greatest achievement

They are due to join the American League next year and Becks understand the value of a signing a global star in promoting the franchise across the world.

Silva, 33, would have spent 10 trophy-laden years at the Etihad at the end of this campaign.

Pep Guardiola would not stand in Silva’s way of the exit door if he wants a final swansong elsewhere with reports of a move back to Spain.

Could Fernandinho also be on Becks’ shopping list in the summer for a double raid at the Etihad?