Risk-taking may be caused by random changes in the brain 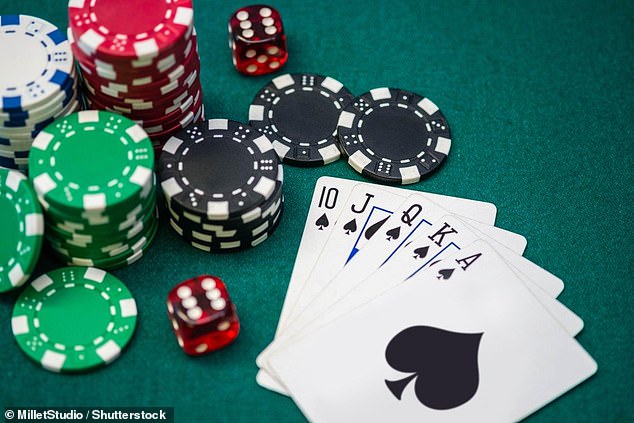 Scientists say the minute-to-minute changes, linked to dopamine levels, could explain why people are inconsistent and sometimes irrational.

The study indicates human behavioural variability may not be random, but instead linked to internal brain state.

Dopamine is a neurotransmitter that is known to play a role in how our brains derives pleasure from activities such as gambling and sex, as well as addiction.

These gratifying activities, and addictive drugs, increase the level of dopamine in the brain.

When we have too little dopamine, we tend to feel bored, unmotivated, or depressed.

Dopamine is produced in several parts of the brain, including in the hypothalamus.

Its effects on the brain depend on a few different factors, such as the types of neurons that its combined with.

Scientists originally thought that this substance was related to true pleasure.

New research suggests that dopamine is more related to anticipatory pleasure and motivation.

Co-lead author Dr Tobias Hauser, of University College London’s (UCL) Queen Square Institute of Neurology, said: ‘Experts have long struggled to explain why people are so erratic, making one decision one day and the opposite decision another day.

‘We know that the brain is constantly active, even when we aren’t doing anything, so we wondered if this background activity affects our decision-making.

‘It appears that our inconsistent behaviour is partly explained by what our brain is doing when we are doing nothing.’

Researchers focused on people who were in a state of rest – awake but not doing anything.

While at rest, the brain remains active with strong fluctuations in activity that remain unexplained.

For the study, 43 people completed a gambling task while in an MRI scanner.

If they chose the risky option and lost, they would receive nothing.

Scientists monitored activity in the area of the brain containing most of the dopamine neurons.

Dopamine is a neurotransmitter and is known to play a role in risky decision-making.

When activity in that part of the brain – the dopaminergic midbrain – was very high or very low, the participants were asked to make a decision between a risky and a safe option.

When this brain area was in a state of low activity before participants were presented with their options, they were more likely to choose the risky option than when their brains were in a state of high activity, the study found.

Assessing the impact of these brain fluctuations, the researchers say the effect size is comparable to other known factors affecting risk-taking behaviour. 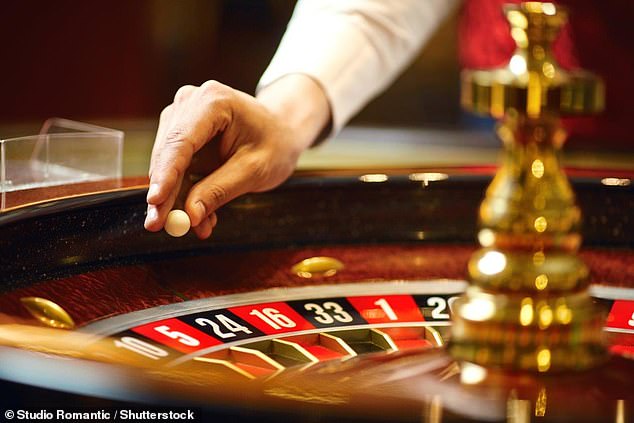 Scientists say the minute-to-minute changes, linked to dopamine levels, could explain why people are inconsistent and sometimes irrational

These include drugs that influence the neurotransmitter dopamine that are routinely taken by people with Parkinson’s disease.

The effect is also similar to ageing, with being young associated with greater risk-taking compared to being elderly.

Senior author Dr Robb Rutledge, UCL Queen Square Institute of Neurology, said: ‘Our brains may have evolved to have spontaneous fluctuations in a key brain area for decision-making because it makes us more unpredictable and better able to cope with a changing world.’

The researchers based at the Max Planck UCL Centre for Computational Psychiatry & Ageing Research and the Wellcome Centre for Human Neuroimaging, UCL aim to continue their research to find out if variations in background brain activity may have other impacts.

They also want to assess whether the variations could be related to other medical conditions, in case the findings could eventually inform treatment approaches, such as for pathological gambling

The full findings of the study were published in the journal Proceedings of the National Academy of Sciences.