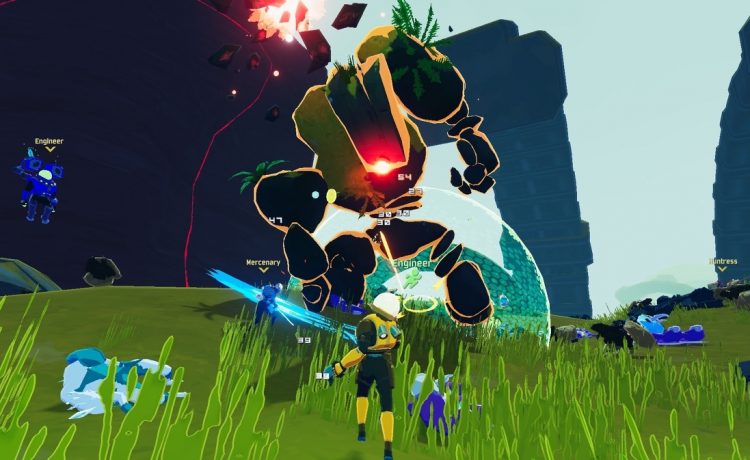 Risk of Rain 2’s Anniversary Update – which launches this Thursday, 25th March – is intended to “flesh out and round out the base game”, revisiting old items and finishing up content that didn’t make it Hopoo’s version 1.0 release.

For starters, it introduces a previously scrapped Survivor known as the Bandit (Hopoo notes the scrapped version, which has since been revived by modders, will continue to work alongside the new iteration), as well as an abandoned boss referred to as the Grandparent.

It also features new items, 88 new lore entries, new skill variants for a number of existing Survivors, plus a range of quality of life improvements.

Once the Anniversary Update is out in the wild, Hopoo will turn its attention to Risk of Rain 2’s first major paid expansion. This is currently planned to launch in Q4 this year and will be comparable to 2-3 early access Content Updates in terms of scope – introducing new Survivors, items, enemies, stages, and more, as detailed in Hopoo’s roadmap below.

While Risk of Rain 2’s Anniversary Update will arrive on PlayStation 4, Xbox One, and Switch some time after its 25th March PC launch, Hopoo says it’s aiming to release the game’s first expansion simultaneously across all platforms.

“Thanks everyone for being passionate for the games we make,” the developer concludes in its Anniversary Update post. “We have a lot of exciting things cooking – both for Risk of Rain fans and Hopoo Games fans in general – and we can’t wait to share them with you – one day.”