The unexpected arrival of Rishi Sunak in the chancellor’s seat almost certainly heralds a more expansionary approach to UK fiscal policy in the next five years.

Although Mr Sunak, like his predecessor Sajid Javid, is often described as a fiscal conservative, the creation of a joint team of policy advisers in Nos 10 and 11 Downing Street means that Boris Johnson, the prime minister, will not allow his political future to be framed by arcane fiscal rules designed in the Treasury, any more than President Donald Trump has been willing to accept such a straitjacket in the US.

The issue is whether the UK economy can absorb a significant fiscal stimulus as successfully as the American economy has done since 2017.

When Mr Trump signed the Tax and Jobs Act into law in December 2017, many economists argued that it was the wrong type of fiscal expansion introduced at the wrong moment in the economic cycle. Although there was merit in both of these criticisms, the outcome has been better than many expected.

Tax cuts focused on the corporate sector had little beneficial effect on private investment, but they buoyed the equity market and attracted capital inflows to finance the growing trade and budget deficits. The boost to demand supported a slowing economy and promoted the lowest unemployment rates in decades.

Inflation has remained stubbornly too low, not too high. The Federal Reserve responded by raising policy interest rates by 1.25 per cent after the tax act, but were then sufficiently chastened to reverse 0.75 per cent of these increases, starting last July.

The IMF’s latest Fiscal Monitor estimates that there has been a cumulative easing in the US fiscal stance of 2.7 percentage points of gross domestic product from 2015-19. By any standards, the resulting debt and borrowing totals are extremely high for the peak years of an economic cycle (see box).

Investors nevertheless accepted the fiscal injection with equanimity, in part because the US enjoys the “exorbitant privilege” of borrowing on international markets in its own currency, and because American and global savings rates are very high. Real government bond yields hovered around zero.

How will the Johnson/Sunak stimulus compare with the US?

Mr Javid’s fiscal rules required the current budget deficit to be eliminated by 2023, with net public investment held to an average of 3 per cent of GDP. The new chancellor seems likely to relax these rules, either in the Budget on March 11, or in the autumn. For example, he could delay the achievement of balance on the current budget by two years to 2025, and might also boost public investment by a further 0.5 per cent of GDP.

These new targets would give the government the headroom that Number 10 reportedly wants in order to relax austerity in government services and to boost public investment before the next election. Under the new rules, the result could be a planned fiscal easing of 1.0-1.5 per cent of GDP by 2022.

As in the case of the Federal Reserve, the Bank of England may need to raise interest rates to hold inflation within target, especially if the fiscal stimulus turns out to be greater than initially intended. This is quite likely, given the current political climate and the repeated failure of previous chancellors to hit their fiscal targets.

Since the UK clearly cannot duplicate the US’s “exorbitant privilege”, markets might view these plans less favourably than they did in the case of the Trump reflation. Fortunately, however, the Johnson/Sunak stimulus appears certain to leave the UK’s public finances in much better shape than has been the case in the US.

The good news is that Mr Sunak has inherited a fiscal baseline that leaves considerable leeway to ease policy in the current parliament, while remaining well inside the borrowing and debt figures now in train across the Atlantic.

A UK fiscal crisis in Mr Johnson’s first term seems improbable and the boost to public infrastructure is long overdue.

Public borrowing and debt in the US and UK

The graphs below show the latest figures for the public finances from the Congressional Budget Office (US) and the National Institute (UK).

In the US, Mr Trump’s stimulus took the budget deficit up to 5.6 per cent of GDP last year, with the net debt ratio at 81 per cent of GDP. According to the latest projections from the Congressional Budget Office, the deficit will now stabilise at a very high level, and the debt ratio will reach to 89 per cent of GDP by 2025.

The UK figures below assume that fiscal policy will be close to the fiscal rules outlined by Mr Javid. Even if these rules are amended by Mr Sunak, as they will be, the planned borrowing and debt figures will remain well below those in the US.

Note: The UK debt figures include debt holdings at the Bank of England, currently about 8 per cent of GDP. 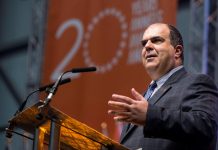 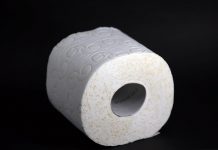 Investors warned not to rush into travel and leisure stocks