With former chancellor Nigel Lawson staring down at him from the picture on the wall of his Downing Street study, Rishi Sunak is keen to portray himself as a chancellor helping encourage enterprise and innovation. In his Spring Statement last week, he claimed to be delivering “the biggest net cut to personal taxes in over a quarter of a century”.

If he was still with us, a true darling of the political right would disagree. Milton Friedman, Nobel Prize-winning economist and the founder of the monetarist school of thought, had no time for claims such as these from politicians at a time of rapidly rising prices. In his 1980 TV series, Free to Choose, he described the politics Sunak is playing with inflation and taxes precisely and unfavourably.

“Before every election, our representatives would like to make us think we are getting a tax break and they’re able to do it while at the same time actually raising our taxes because of a piece of magic they have in their kit bag. That magic is inflation,” he said.

Even Friedman was late to the game in seeing inflation as a bad tax. Writing in 1919 on The economic consequences of the peace, John Maynard Keynes, the darling of the political left, also noticed the benefits of inflation to some politicians. “By a continuing process of inflation, governments can confiscate, secretly and unobserved, an important part of the wealth of their citizens. By this method they not only confiscate, but they confiscate arbitrarily,” he wrote.

No one should think that Sunak deliberately stoked the inflation woes around the world to impoverish us, but his decisions have revived the concept of an “inflation tax” in the UK after more than 30 years when no one has had to worry about it.

Sometimes an inflation tax can foster good tax policy. In the 1983 Budget, the ceiling for mortgage interest tax relief was set at £30,000, roughly the cost of an average UK home. This mortgage subsidy fuelled house price growth, but sensibly no chancellor after Geoffrey Howe raised the relief’s value, allowing Gordon Brown to abolish it in 2000.

More often, the effects of inflation as a tax are arbitrary. Just a year ago in his March 2021 Budget, the chancellor made a point about the fact he was “not hiding” the four-year freeze in thresholds and allowances in income tax. At the time, the chancellor wanted this cut in the real value of allowances and thresholds to raise £8.2bn a year by 2026-27.

Sunak was silent last week on the Office for Budget Responsibility’s new estimate that the same policy will now raise £18.8bn annually because higher inflation reduces the real value of the allowances by a greater amount. The £10.6bn additional inflation tax in 2026-27 on this measure alone is precisely the same value as the combined cost of 1p off the basic rate of income tax and the rise in national insurance threshold, according to the OBR.

For richer voters in the Tory shires, just as Friedman warned 42 years ago, Sunak’s false claims of tax cutting will not ring true and will further undermine trust in politics.

Poorer households face a different kind of inflation tax. Benefits and pensions will be uprated in April by the 3.1 per cent inflation rate of last September. After a year of misery, they will be compensated next April and you can bet ministers will then trumpet a high increase as a generous settlement rather than belated compensation for inflation.

Friedman and Keynes were right. Inflation is a bad tax. It is arbitrary, doesn’t require Parliamentary approval, has odd distributional consequences and encourages politicians to play games. Let’s hope this period of history does not last too long. 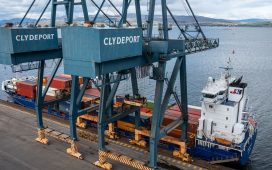 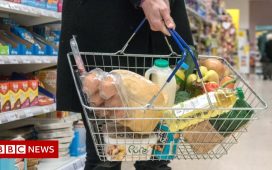 People cut back on food shopping as price rises bite