RISHI Sunak would work for Liz Truss even if she beats him in the leadership election, The Sun can reveal.

Despite telling The Sun he was the only candidate in the race who could win against Labour, when asked if he would serve his opponent he insisted: “Of course, of course.”

Some MPs have questioned whether Mr Sunak would carry in in Parliament or even stay in Britain if he is now crowned PM in September.

But he insists he would stick around and serve under Truss – saying the future of the Tories is bright.

He told The Sun: “What this leadership contest has shown so well is we have got so much quality in the Conservative Party.

“Everyone should feel really confident and optimistic about the future because of all the talent that’s come through.” 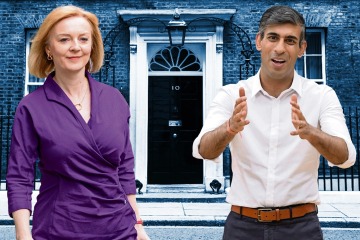 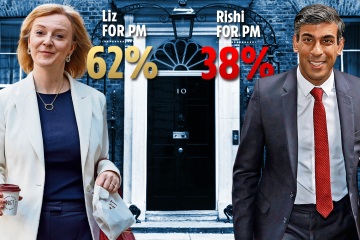 And Sunak hailed defeated leadership rival Kemi Bandenoch as the perfect example of that.

He said Kemi “did something really special and she struck a chord with people.

“Her message was one that resonated and I hope whoever wins, carries on that message, not just in government but all the way through to the next election because that’s absolutely the right one for our country.

“And it’s one that I’m supportive of, and I’m glad that she was able to articulate so powerfully over the last couple of weeks.”