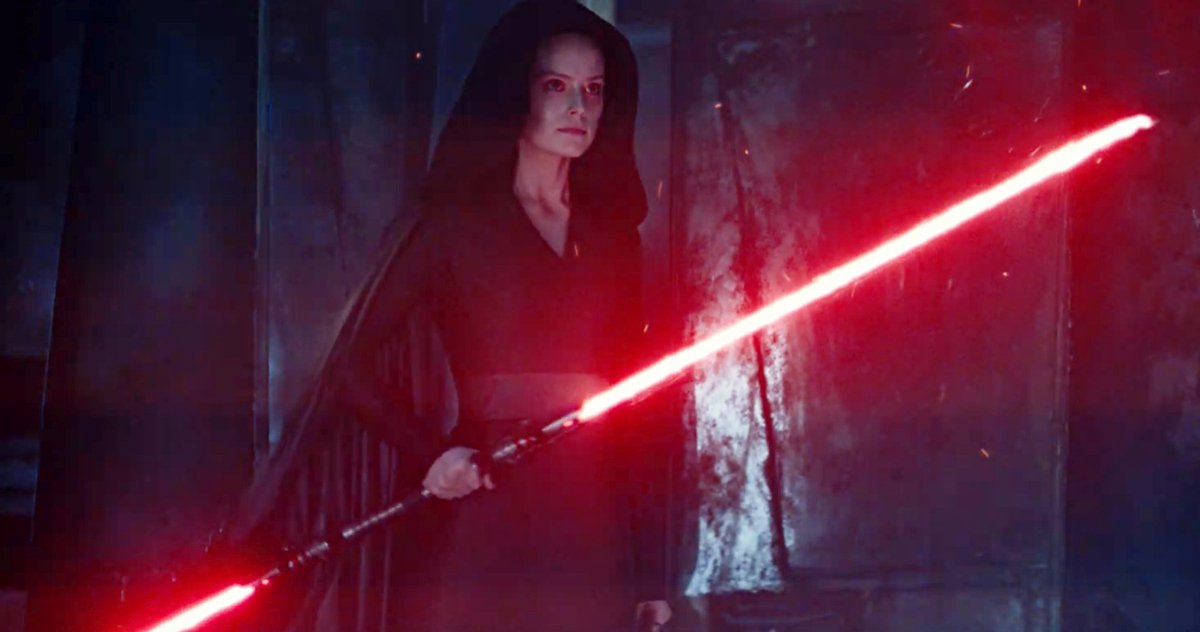 This weekend proved to be an exciting one for Star Wars fans. We have now been treated to the Rise of Skywalker D23 footage. J.J. Abrams was reportedly unsure of coming back to helm the final movie in the Skywalker saga after tackling 2015’s The Force Awakens. Whatever the case may be, it looks like he is very happy with his decision to return and finish what he started after his appearance in Anaheim over the weekend.

The Last Jedi was revealed in the same fashion at Star Wars Celebration in 2017. This weekend, fans were treated to special look at The Rise of Skywalker, which brings us a fresh look at the trailer. Emperor Palpatine is back in a major way and he will have a major impact on the story. There seems to be more of a mystery surrounding it then the last sequel. Lucasfilm and Disney have gone out of their way to keep nearly everything about the upcoming movie under wraps, which has resulted in somewhat of an official news drought until today.

The Rise of Skywalker trailer was revealed during Star Wars Celebration in Chicago earlier this year and it contained a lot of surprises. As for the footage shown in the new D23 preview, it looks like a lot of ideas were culled from the first trailer as a way to not spoil anything or give too much away. For now, we’ll just have to wait for that second trailer to drop, which might not be until later on in the fall. The second trailer for The Last Jedi didn’t drop until the World Series, which was in October, so one can easily see Lucasfilm and Disney going for a similar marketing strategy to get it in front of as many viewers as possible.

We do get some interesting shots here. It appears as though C-3PO may have been possessed by the Sith as he rises with glowing red eyes. We also see some of Rey and Kylo Ren’s epic lightsaber battle, which takes place on what we assume is the destroyed Death Star. And then we have the biggest moment. Rey goes dark, appearing in a black cloak with a double-sided red lightsaber. As she gone full Sith?

We’ve seen a lot of fan theories surrounding The Rise of Skywalker, but not a lot has been revealed officially. J.J. Abrams and Lucasfilm have been doing an excellent job of keeping everything under wraps for what is easily one of the biggest cinematic events of the year. With that being said, they are going to have a steep mountain to climb at the box office if they want to get anywhere near the success of Avengers: Endgame, which is now the highest grossing movie of all time.

While it’s been an exciting few days for Star Wars fans, the fun doesn’t stop here. There are plenty of things to look forward to over the next few months, now that the D23 Expo is over. There will more than likely be a lot more Star Wars information on the way, so keep your eyes peeled for more news and activities coming from Lucasfilm.