Acclaimed character actor Rip Torn has died at the age of 88.

The actor ‘passed away peacefully [Tuesday afternoon] at his home in Lakeville, Connecticut… with his wife Amy Wright, and daughters Katie Torn and Angelica Page by his side,’ a representative for the actor announced.

Torn was known for his gruff-voiced characters who often threatened to steal the spotlight from higher-billed stars. 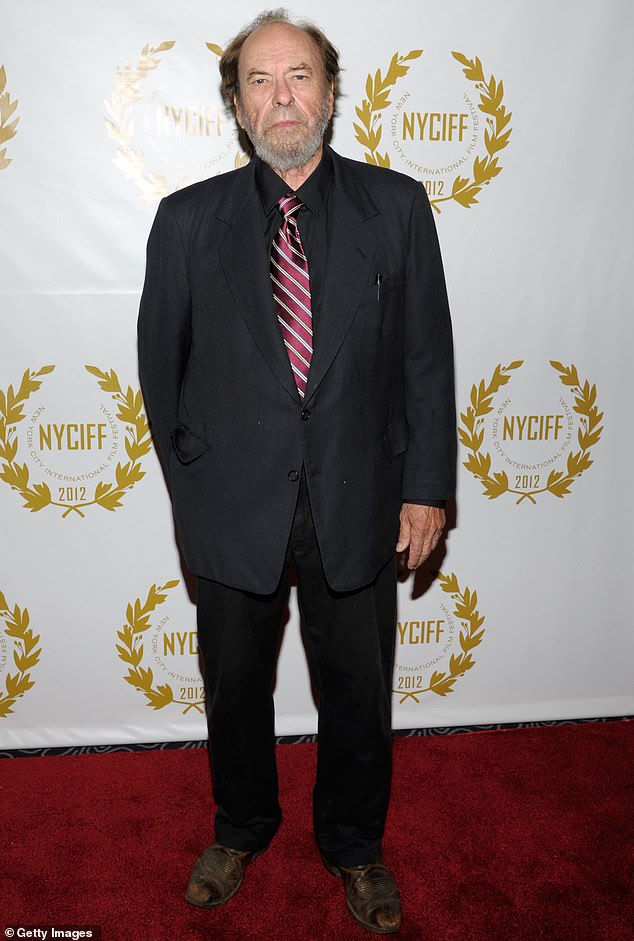 Gone too soon: Character actor Rip Torn died Tuesday at age 88, surrounded by his family at his Lakeville, Connecticut home; pictured in 2012

Possibly his greatest success was as Artie, the producer on HBO’s meta comedy series The Larry Sanders Show.

The role garnered him six Emmy Award nominations, with a single win in 1996.

He also received an Academy Award nomination for Best Supporting Actor for his role in 1983’s Cross Creek, which starred Mary Steenburgen.

More than 40 years after first appearing on screen, Torn was featured as Men In Black agency boss Zed opposite Will Smith and Tommy Lee Jones. He reprised the role in the 2002 sequel. 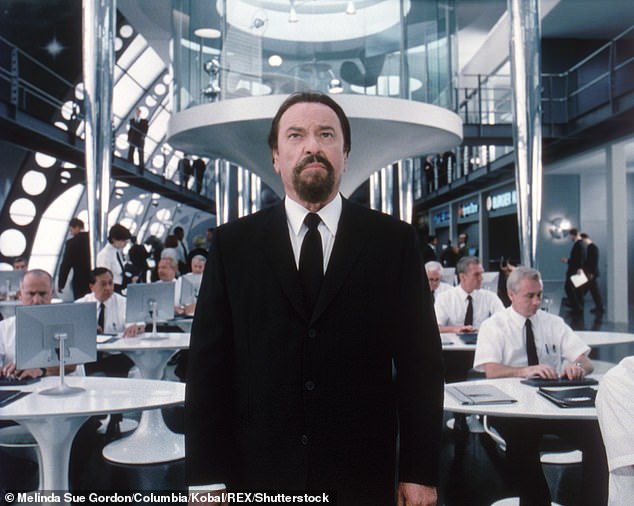 Critical favorite: Torn was nominated for an Oscar for 1983’s Cross Creek, though he was best known for roles on The Larry Sanders Show and Men In Black; still from Men In Black 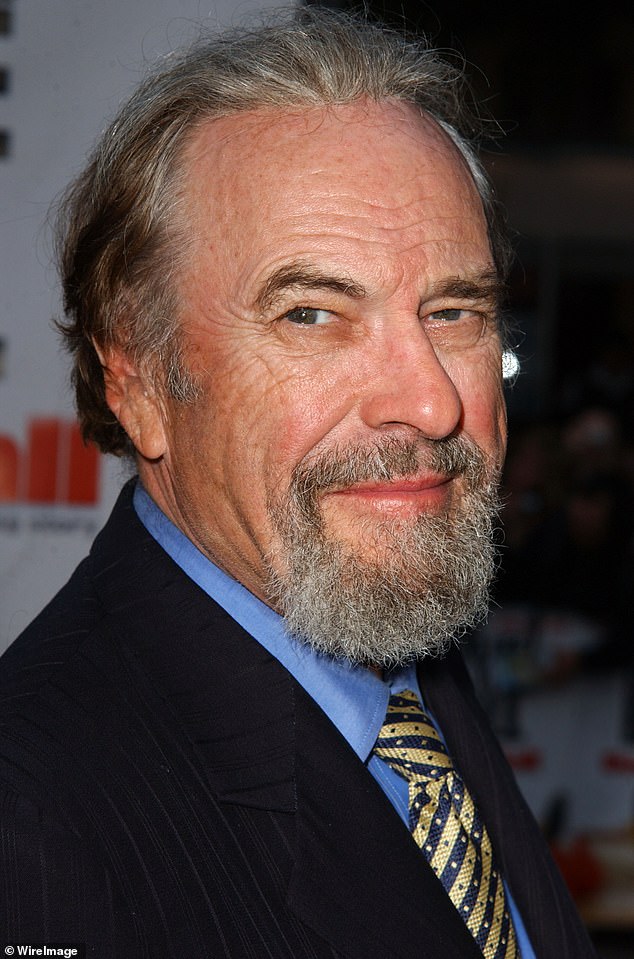 Honing his craft: The actor was born Elmore Rual Torn Jr. in Temple Texas on February 6, 1931. He spent much of the 1950s studying with legendary acting teacher Lee Strasberg at the Actors Studio in New York City; pictured in 2004

The actor was born Elmore Rual Torn Jr. in Temple Texas on February 6, 1931. His mother was actress Sissy Spacek’s aunt.

He studied Shakespearean acting at the University of Texas, before joining the Military Police.

Throughout the 1950s, he studied with legendary acting teacher Lee Strasberg at the Actors Studio in New York City.

From the start he appeared in high-profile productions, including Elia Kazan’s A Face In The Crowd (1957), Nicholas Ray’s King Of Kings (1961), and multiple episodes of Alfred Hitchcock Presents. 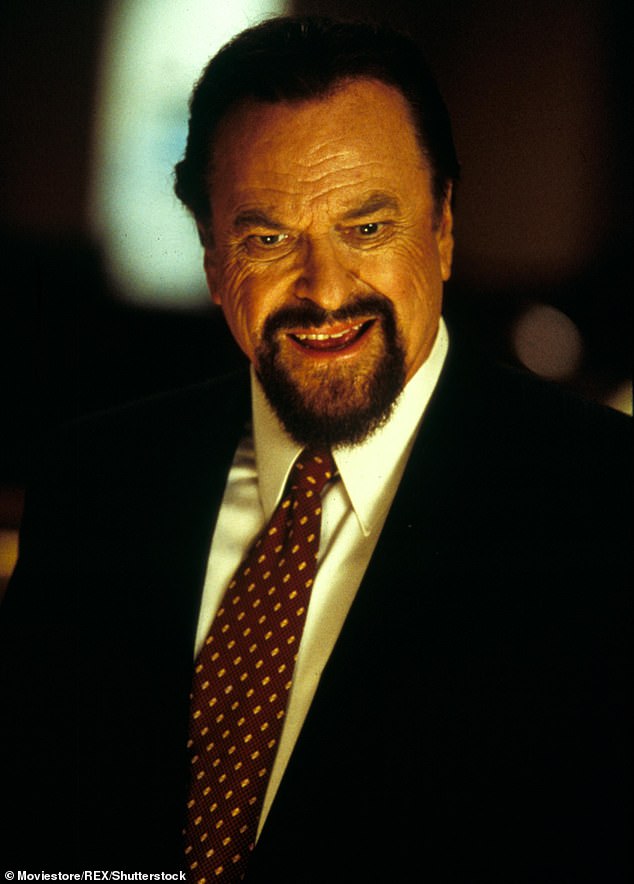 Brutal: Torn infamously got into a semi-real fight on 1970’s Maidstone with director and star Norman Mailer. He hit the writer in the head with a tack hammer, and Mailer later bit into his ear during their tussle; still from Freddy Got Fingered

Torn’s best roles were in dark dramas, where he could draw on a mercurial personality.

He was originally set to play the role that eventually made Jack Nicholson a star in 1969’s Easy Rider.

Director and star Dennis Hopper later claimed that Torn lost the role after he pulled a knife on him during an altercation at a diner.

He sued Hopper for libel, claiming it was actually the director who pulled the knife, and was awarded $475,000.

The experimental political drama Maidstone (1970), directed by writer Norman Mailer, featured an infamous scene in which he bashed Mailer over the head with a tack hammer, which he later referred to as a ‘toy hammer.’

The two men got into a dramatic tussle that culminated with the director biting into his ear, all of which was captured by the camera.

The actor also starred opposite David Bowie in the cult classic science fiction film The Man Who Fell To Earth from 1976 as a womanizing professor. 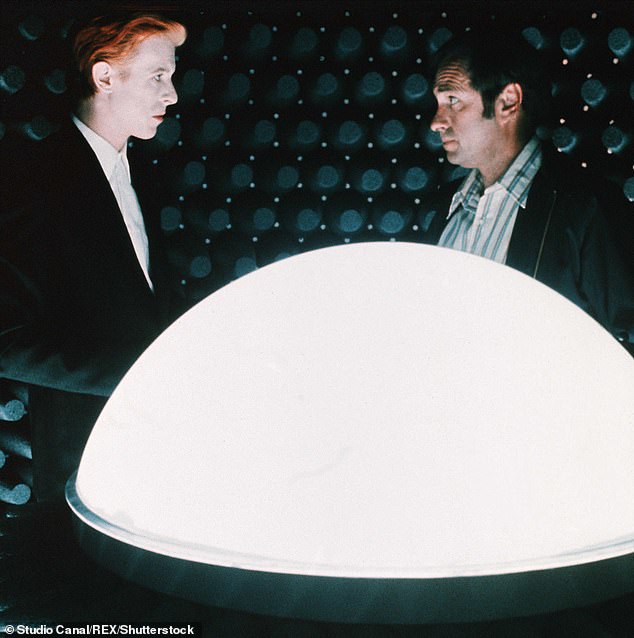 Dark terrain: The actor starred opposite David Bowie in the cult classic science fiction film The Man Who Fell To Earth from 1976 as a womanizing professor

READ  Aladdin: Will Smith on his 'terrifying' new role 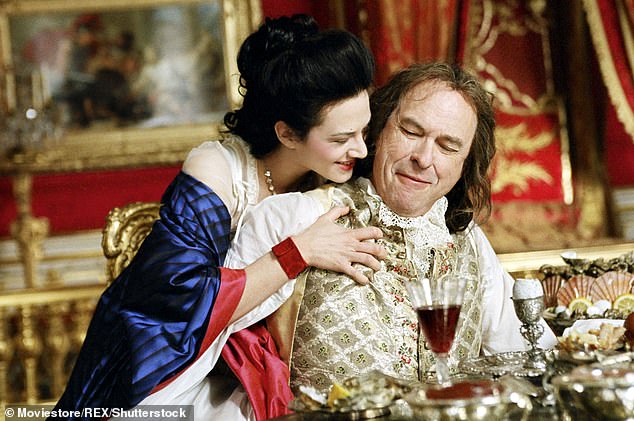 New roles: Later in life, Torn’s craggy features and scratchy voice were put to use in comedic features and shows; pictured with Asia Argento in Sofia Coppola’s Marie Antoinette

His Larry Sanders Show character, Artie, was based on Johnny Carson’s longtime producer Fred De Cordova, and gave him a chance to bring unexpected comedic possibilities to the show.

During a 2011 interview, he stated that the part ‘was written to be a straight man, but people were saying, “God, Rip is getting all those laughs. Who ever thought that Rip could be funny?”

‘Just everybody that knows him,’ he added. 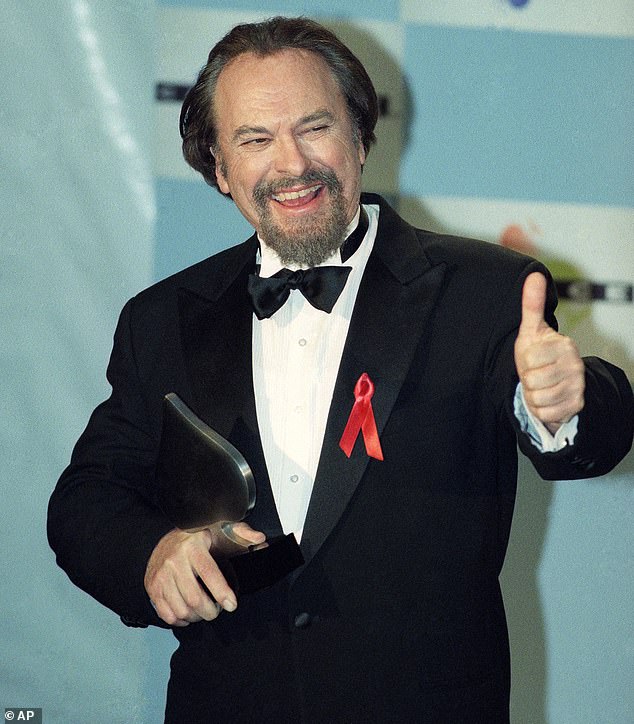 Acquired taste: Though he could be prickly with collaborators, he warmed up to Larry Sanders Show creator and star Gary Shandling, who died in 2016; pictured in 1995

Though he could be prickly with collaborators, he warmed up to Larry Sanders Show creator and star Gary Shandling, who died in 2016.

‘[Rip] came in the first time, and his agent said he wouldn’t read,’ Shandling recalled in a 2012 interview. ‘Weeks later, it was just him and me in a room with no one else, and I said to Rip, “Could we read half of this together?” And he said, “I don’t want to read.” I said, “That’s totally fine,” and I pushed it to the side of the table.

‘We talked for less than another minute, and he reached over and took the page, and he starts the scene.

‘It’s like trying to describe a good date to a friend the next day,’ he continued. ‘I had to say to HBO and everybody else, “Honestly, this is the best sex I have had.”‘

READ  Glastonbury 2019: Who is the woman Liam Gallagher dedicated a song to?

He also had side-splitting roles in DodgeBall: A True Underdog Story (2004) and Sofia Coppola’s Marie Antoinette (2006). 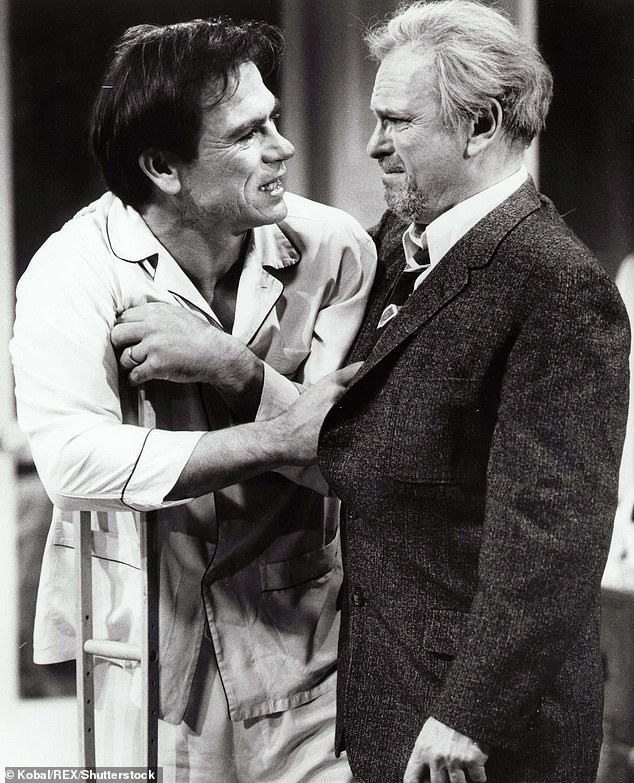 Copious talent: In addition to his copious film and television work, Torn was a noted stage actor and Tony Award nominee; opposite Tommy Lee Jones in 1984 Cat On A Hot Tin Roof

In addition to his copious film and television work, Torn was a noted stage actor.

He starred in Broadway productions of plays by August Strindberg and Eugene O’Neill, and he earned a Tony nomination in 1960 for his performance in Tennessee Williams’ Sweet Bird Of Youth.

Following a meeting with then-Attorney General Robert F. Kennedy in 1963 about starting a national theater program, he was put under surveillance by the FBI, which made it difficult to find roles for years.

‘I began to see things in gossip columns, stories about me,’ he said of the spying.

Torn married actress Ann Wedgeworth in 1955, though the two divorced in 1961. They shared a daughter, Danae Torn.

He subsequently married Interiors actress Geraldine Page in 1963, with whom he shared daughter Angelica Page and sons Tony and Jon Torn. The two were married at the time of her death in 1987.

He’s survived by his actress wife Amy Wright, whom he married in 1989, and their two children, Katie and Claire Torn. 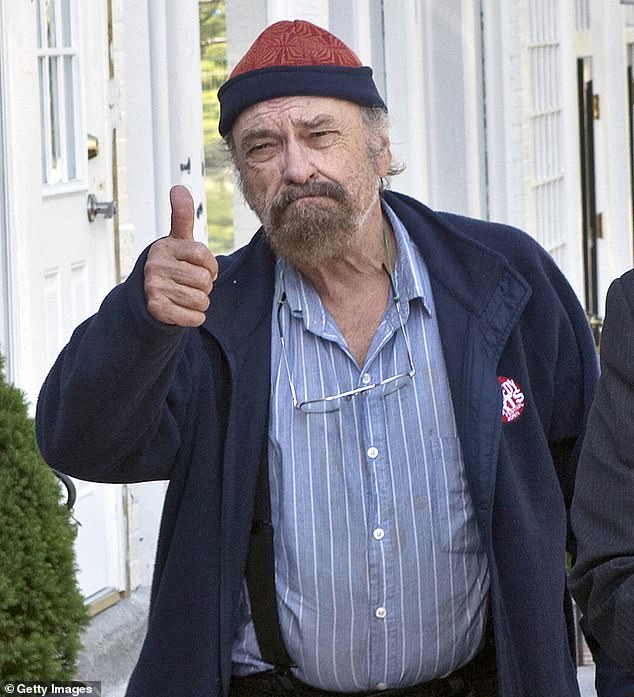 Big family: He’s survived by his actress wife Amy Wright, whom he married in 1989, and his six children; pictured in 2010