Rio Ferdinand called on Manchester United captain Harry Maguire to show leadership and be more commanding in the penalty area after his side’s 2-0 defeat to Burnley .

United were jeered by their own fans as goals from Chris Wood and Jay Rodriguez in either half gave Burnley a first win at Old Trafford for 58 years on Wednesday.

The goal came after Nemanja Matic failed to clear a free-kick launched into United’s box, with Chris Wood pouncing on the knockdown to turn the ball into David de Gea’s net.

Ferdinand called on Matic to show more desire after he failed to win the aerial ball.

But former United and England defender Ferdinand was more scathing in his assessment of Maguire’s part in conceding the goal, after the centre-half was left trailing Wood in the race for the second ball.

Speaking on BT Sport, Ferdinand said of Matic: “Go up and win it. Show some desire to go up and win the ball. he shouldn’t be losing a header against Ben Mee.”

He added: “You know that you’re not good at set pieces. 44% of the goals that they’ve conceded this season have been from set pieces. It’s terrible.

“They’re all set up, they’re all marking their players individually. The first ball is not really where there’s the problem. We can see Matic going up for the ball, Ben Mee is there, Tarkowski is there.

“It’s the second ball. Where am I looking? What are you doing there, Maguire?

“He’s in a great position, he’s got his arm out, he can see, he can feel where Wood is.

“What happens is, he doesn’t anticipate it, the ball gets flicked down. You can’t be that far off your man there and allow that space, because you’re working with people who get one chance and can score goals.

“He gets in front of him, not close enough, punished. Not good.” 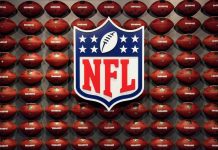 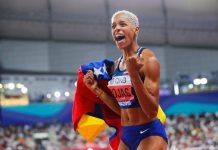