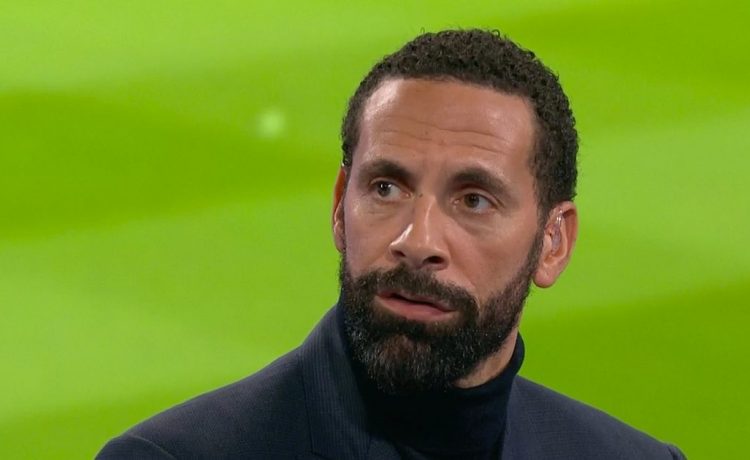 Rio Ferdinand feels Liverpool are back on track to claim a top four spot after their convincing 3-0 win over Arsenal on Saturday.

Jurgen Klopp’s side made light work of the Gunners as a brace from Diogo Jota either side of a Mohamed Salah strike earned them all three points in north London.

Despite all their injury problems this season and a rotten patch of form at the turn of the year, Liverpool are now just two points off fourth spot.

Their victory was helped by Chelsea-s shock 5-2 defeat to West Brom while Tottenham also dropped points in a disappointing draw at Newcastle, leading Ferdinand to believe the final Champions League spot is Liverpool’s for the taking.

“I think Liverpool are going to get in there now. The result they got at the weekend, the performance and the confidence that will give that team,” he told BT Sport.

“Fabinho back as well is a huge boost. Liverpool with how they’ve been in the last two seasons they have that know-how, that nous to go and put a run of results together.

“Out of Chelsea, Leicester, Liverpool and Spurs I think Liverpool is the one who could go on a six, seven game run. I’ve got a sneaky feeling they will. I hope not if I’m being honest.”

Liverpool also have outsiders West Ham and Everton to contend with, who could both leapfrog the Reds should they pick up enough points in their games in hand.

The form of Jota is likely to be crucial to whether they can secure the coveted spot, with the Portuguese forward swiftly emerging as Liverpool’s most-important frontman.

It’s been quite the remarkable season for the 24-year-old, who was seen largely as back-up when arriving from Wolves.

Speaking after he came off the bench to spur his side on to victory against Arsenal, Jota gave his thoughts on Liverpool’s chances.

“I said after the last game, to think about higher spots in the table we need to do our job which is to win every single game until the end,” he told reporters.