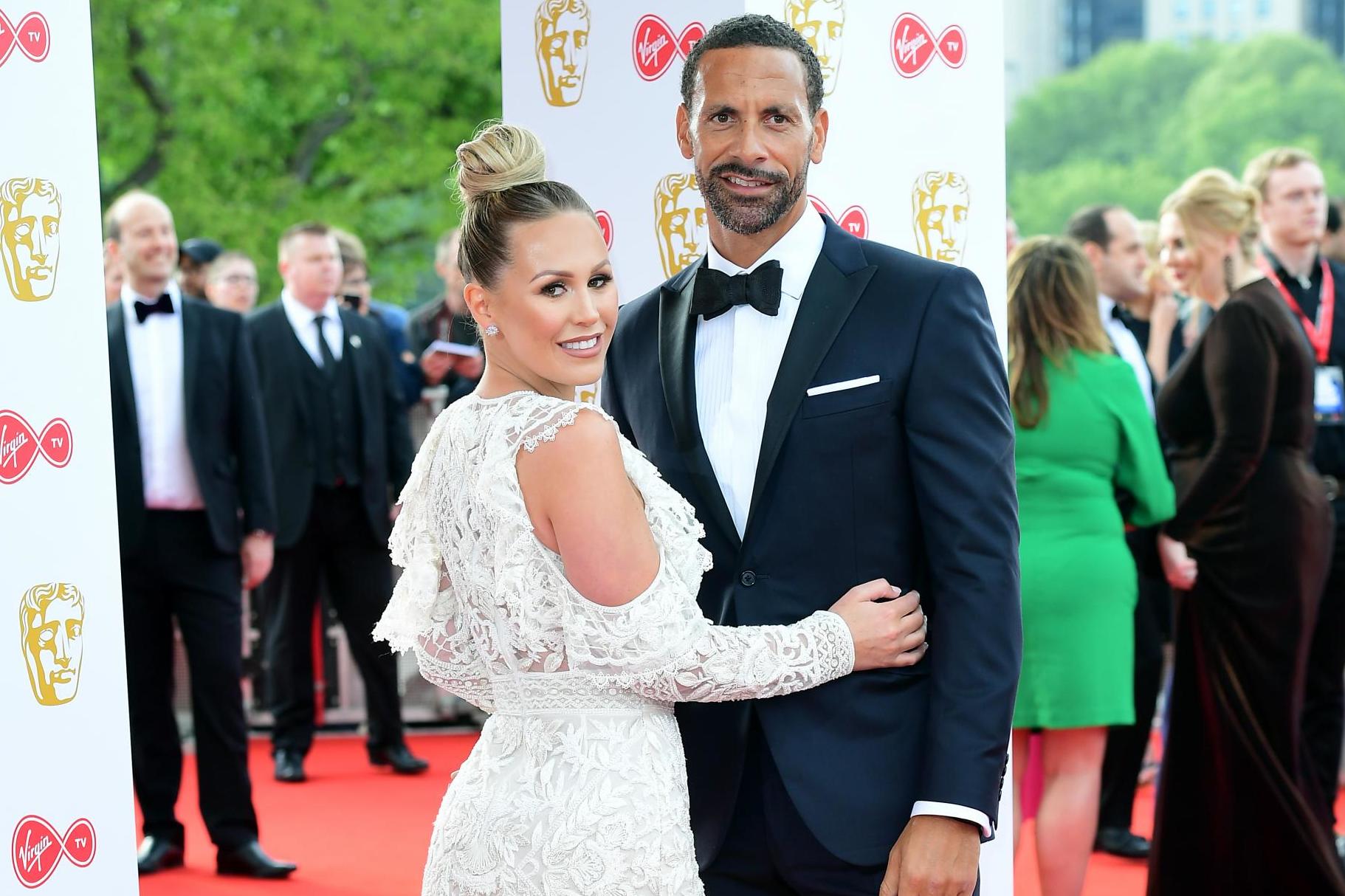 Rio and Kate Ferdinand have confirmed they are expecting a baby together.

The couple, who got married last year after three years of dating, announced the news on social media with an adorable video where they told Rio’s three children: Tate, 11, Lorenz, 13 and nine-year-old Tia.

After Kate, 29, hands over a photo album with pictures of the children as babies, she tells them: “I’m pregnant! I am, have you not noticed, guys?” before the three children scream and celebrate.

Rio, 41, captioned the heart-warming video: “We got our wish, another Ferdinand en route!

“Can’t wait to go through this whole pregnancy together and then bring our little human into this world!”

He added: “The reaction though!” with a series of heart and heart-eyed emojis.

Kate and Rio started seeing each other in 2017, after which Kate decided to give up her role in ITVBe’s reality show The Only Way Is Essex as she endeavoured to become a mother figure to Rio’s children following the tragic death of Rio’s first wife, Rebecca, in 2015.

In their BBC documentary Becoming a Family, that aired at the start of the year, the series observed how Kate tried to become part of the family unit, struggling at first as she was met with hostility initially.

Now, Kate is happily part of the family, and has since decided to take a step back from the public eye in order to feel less pressured.

“I’m just being more open and honest with everything. I’ve found a happy-medium,” she said

The pair are now closer and happier than ever before (BBC/October Films/Dan Kennedy).

“We compare ourselves to everyone’s best bits and we don’t always know what’s going on.

“So I’ve made a conscious effort to try and be more open and honest and share not always the great bits of my life and that makes me feel better as well because you haven’t got as much pressure to live up to what everything thinks is happening.”

A source close to the couple confirmed the news of the pregnancy to The Sun.

“Everyone is deliriously happy,” said the insider.

“Kate’s pregnancy has made everyone beam with joy.

“She’s had a rough few weeks, but couldn’t be happier. She always wanted her own children with Rio, and to grow his existing family. Everyone is so excited.”

The Only Way is Essex