Riding school for disabled children evicted despite raising £1,000,000 to stay 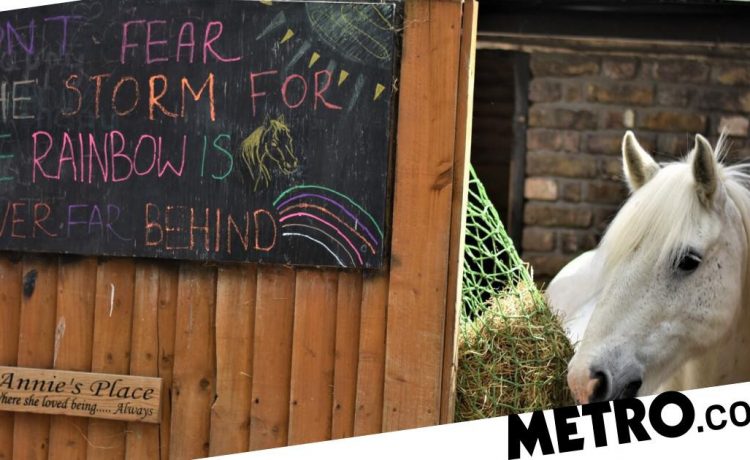 A riding school for children and adults with disabilities and learning difficulties has been evicted, despite raising £1.3 million to stay.

Park Lane Stables bosses believed their site was saved as a wildly successful fundraising campaign was launched after the landlord said they were selling up.

But their hopes have been crushed after the owner revealed they’d received an offer of £1.35million and they could only stay if they matched it.

Three independent evaluations valued the land at around £840,000 and, under Charity Commission rules, the organisation is unable to overpay for an asset.

Bosses must abandon the site in Teddington on May 31 after 12 years of ‘enriching lives and improving confidence, skills and self-esteem’ with their pay-what-you-can system.

It even caught the Queen’s eye, who invited some of the riders to view the Royal Mews stables at Buckingham Palace.

The organisation will temporarily operate from Manor Farm Stables in Richmond until it can secure a new site.

A spokesman for the charity trustees said: ‘Our first concern is for the Park Lane Stables family and our horses.

‘Thanks to the astonishing support of the public we now have the means to secure the charity’s future and are now looking at alternative locations within the borough, to ensure we can maintain our RDA activities, keep accessibility easy for all our riders, and allow us to retain our colleagues and volunteers.

‘We are confident we can do this but sad we have to leave our current home, which looks set to signal the end of at least 200 years of horses in central Teddington.’

Chief Executive of the Riding for the Disabled Association Ed Bracher added the charity’s priority is to ‘ensure that the disabled children and adults who benefit from Park Lane RDA’s activities can continue to do so’.

He said: ‘It is sad that the charity cannot remain at the original site, but we support their work to make sure they can secure an alternative venue from which to operate. This will ensure that they can continue to be a thriving and important local asset’.

A spokesman for the landlord said they regret the ‘personal circumstances’ that forced them to sell to the highest bidder.

He said: ‘We are acutely aware of the importance of the service provided by Park Lane Stables and the benefit of that work to the community.

‘While we regret the personal circumstances that have forced us to seek new ownership for the stables, we will continue to work to seek an acceptable resolution for all parties involved, and remain committed to supporting the continued services on site whilst the situation is ongoing.’

READ  Scientists identify new species of crystal-encrusted truffle, thanks to bonobos
Share on FacebookShare on TwitterShare on PinterestShare on Reddit
newsgrooveMay 28, 2021