I’m charmed by the basic premise of pairing up Summer and Morty and Rick and Beth the way this episode does. Morty is understandably fed up with Rick these days and their relationship is marked by acerbity, but here, teamed with Summer, Morty’s multiverse-weary attitude takes a backseat and he actually sort of acts like a little brother, mostly deferring to his sister, which is a rare and sweet dynamic for the series to showcase. It’s also nice to see Beth and Rick doing stuff together because it’s nice to see Beth doing anything at all. Jerry goes off and gets into some nonsense on his own, which is par for the course for Jerry.

However, highlighting typically neglected characters though this episode does, it doesn’t do anything interesting with them. We already know Beth is starved for fatherly approval from Rick and that dynamic hasn’t shifted one way or the other by episode’s end. Summer and Morty’s plot, though somewhat charming, is the thinnest one and is largely just an extended gag about Summer huffing brake fluid and a plot contrivance to save Rick in the eleventh hour of his storyline (though I have no problem with the plot contrivance; it works fine). And Jerry is still just a petty loser, grasping at whatever he can to feel a sense of authority.

I wouldn’t care so much that we didn’t get any character development, but I also barely laughed. The premises here just don’t provide a solid foundation for laugh-out-loud stuff. Like, I get that there were a whole lot of jokes about jobs packed into the sequence of Rick and Beth talking about how their whole clay-people-job-factory thing works, but while it was all clever enough, I can’t point to any lines that stood out as particularly funny (if nothing else, factory-worker Beth is sexy). Rick and that Zeus guy smack-talking at each other seems like it was meant to be a big joke sequence, but it was all ho-hum. Summer and Morty were the funniest, but the only time I actually laughed was near the end when Morty says, “We played video games and got high, we did wrong!” And Rick saying “getting high and playing video games is the best” is both funny and true.

READ  How ‘Looking for Alaska’ Revives the Indie Soundtrack of ‘The O.C.’

With the whole Smith family involved, “Childrick of Mort” is a welcome change of pace after a bunch of sometimes-samey, Rick-and-Morty-centric episodes, but only on the most basic of levels because it’s kind of mediocre. A lot of crazy crap happens, as is Rick and Morty’s wont, but a lack of standout jokes or interesting character moments renders the proceedings mundane. I didn’t find “Childrick of Mort” tiresome like I did “Never Ricking Morty.” It’s just whatever.

Also, I know he’s a douche and Summer was proven right about him, but I still felt bad for Jerry and wish she had apologized to him. They’re always so mean to poor, stupid Jerry.

Dr. Dre: Wife Nicole Young has filed for divorce after 24 years from the rapper 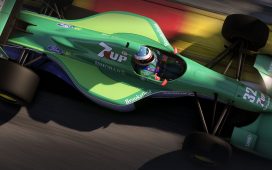