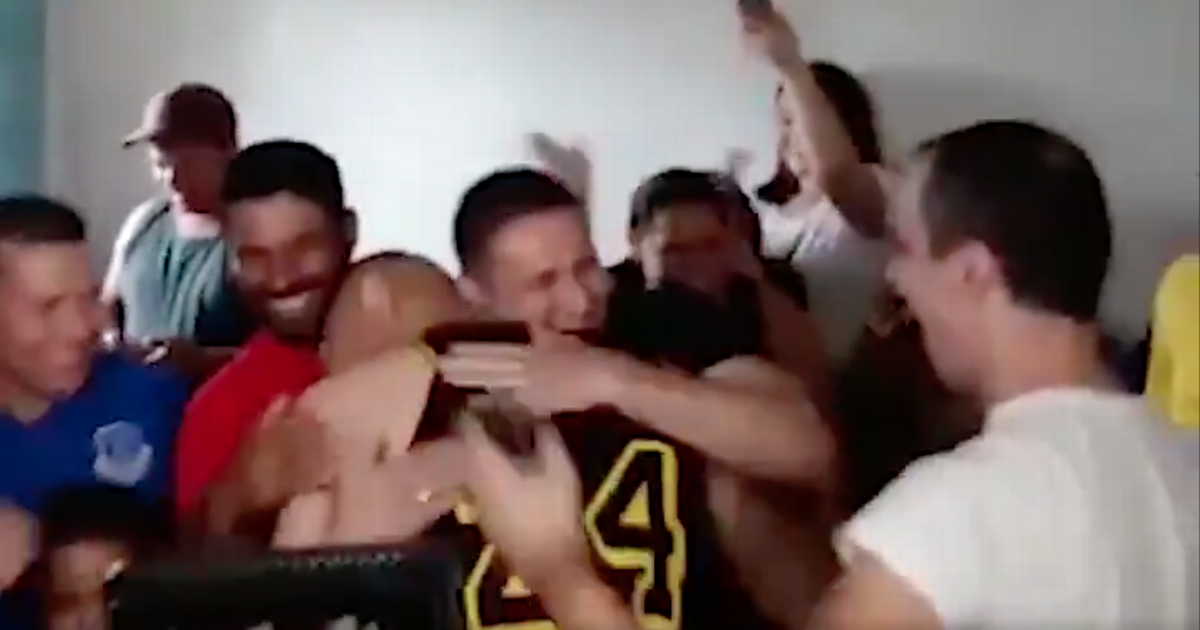 Everton star Richarlison is preparing for arguably the biggest summer of his career.

The striker was named in Brazil’s squad ahead of the Copa America – just a week after turning 22.

There were plenty of surprises in Tite’s squad with Lucas Moura, Fabinho, Malcom, Vinicius amongst those to miss out.

But Richarlison got the nod after an impressive first season at Goodison Park – and the moment he found out he was in the squad was caught on camera.

Footage showed Richarlison surrounded by family and friends watching the squad announcement live – jumping for joy and embracing his family in emotional scenes which were met with a roar from the room.

He spoke to the local press shortly after the news, revealing his nerves having been the 22nd name called in the 23-man squad.

“I was very nervous,” he told Gazeta Online . “I even looked to the side when it reached the 22nd name and I had not yet been called.

“Even so, I have always dreamed of this moment. Now it is to remain focused, to arrive well and to represent my state and my city.

“The excitement was very great. When we talk about Brazil, we are talking about the place where millions of players would like to go.

“It’s different. It’s a bigger emotion. I was looking forward to being called up for the friendly matches, but today was the today I became anxious the most and now I am very happy.”

Richarlison has thrived at Everton since joining from Watford last summer, bagging 13 Premier League goals to secure his spot in the Copa America squad.