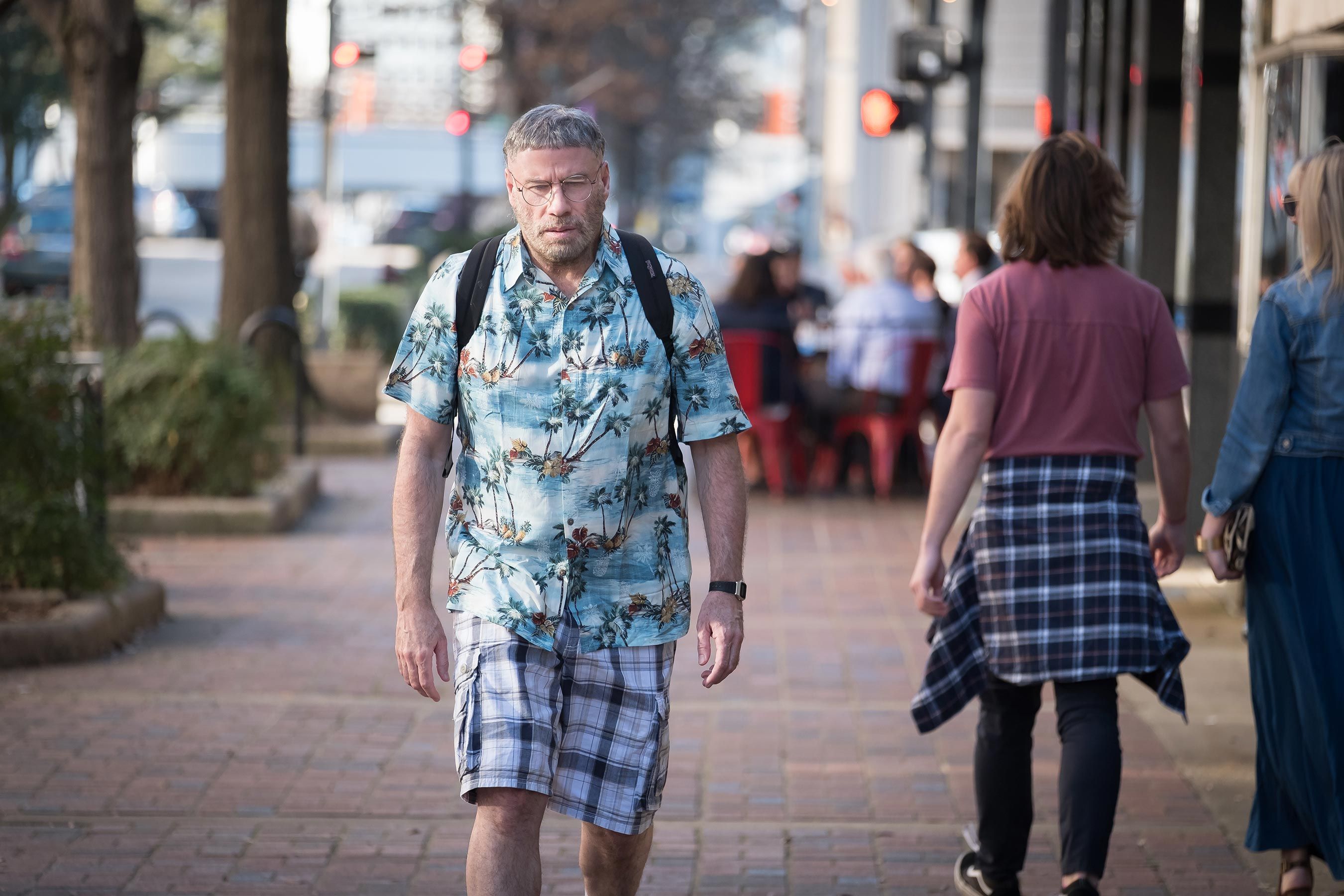 Some are calling The Fanatic, the new movie starring John Travolta and directed by Limp Bizkit frontman Fred Durst, a career worst for the Pulp Fiction star.

Things go downhill from this point, not only in terms of Dunbar’s fortunes, but also critically, with reviews for the movie so far being – in the most part – unflinchingly bad.

“This paralyzingly awkward combination of I Am Sam and The Fan (either version) plus a little Misery – OK, make that a lot of misery – does truly impress in all the wrong ways,” writes Variety in a scathing notice.

“It is the worst Travolta vehicle in some time, and coming just a year after the double whammy of Gotti and Speed Kills, that is really saying something.”

The Wrap is equally unimpressed, dubbing it ‘a trash heap’ and ‘a freak show of bad acting’.

“A brainless, exploitative folly which gives John Travolta free rein to mine the history of cringe-worthy autism portrayals for an offensively garish Frankenstein pantomime of unhinged obsession,” it goes on.

“If only Travolta’s performance were in service of a movie that didn’t feel so one-note and cruel,” notes Birth. Movies. Death.

“Adopting an awkward gait, a nervous, grating delivery, nerdy glasses and an unflattering haircut that is one part mullet, one part jarhead and one part Lloyd Christmas in Dumb and Dumber, the actor invests the kind of intensity in his role that suggests he’s angling for an award of some kind,” adds The Washington Post.

“Unfortunately for him, the movie… does not live up to the extravagantly wounded ferocity with which Travolta attacks his part. It doesn’t even live up to the haircut.”

Collider even questions whether it’s perhaps in on its own joke, noting that it’s potentially a future classic ‘drinking movie’.

“The first full line of dialogue out of John Travolta’s mouth in The Fanatic is ‘I can’t talk long, I gotta poo.’ There’s something to be said about a movie that lets you know what to expect right out of the gate,” it notes.

It’s not entirely bad news, however, with the San Francisco Chronicle among the movie’s only champions, reckoning that it ‘marks another fascinating stickpin in John Travolta’s decades-long journey from leading man to character actor’.

The movie has no UK release confirmed thus far.