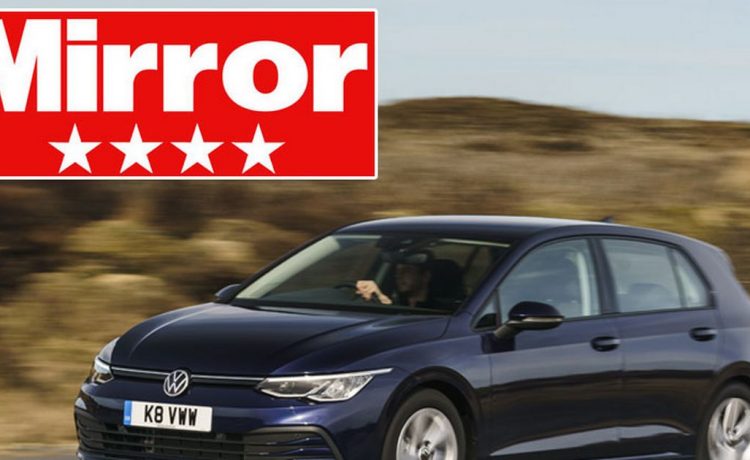 You can plot your life’s journey alongside the Volkswagen Golf.

One of the world’s best-selling cars of all time was launched in 1974 when we had the three-day week, Abba won the Eurovision Song Contest, and I’m 12 years old.

And here we are 37 years further on with this latest Golf, now up to Mk8.

Like its predecessor, it is built on VW’s highly adaptable MQB platform that’s also used in dozens of Audis, Skodas and Seats.

It hasn’t been dramatically changed for this new Golf but the car has grown 29mm in length, 10mm in width and 4mm in height – making it harder to park.

Any styling changes are subtle. The headlamps are shallower and more contemporary, and all Golfs now have five doors.

There will be an estate along later as well as a GTI and even hotter R model.

The big changes are all inside with a brand new digital dashboard that features a 10.3in digital instrument cluster and a 8.25in or optional 10in central touchscreen for the infotainment and many of the car’s systems.

There’s a new multifunction steering wheel that’s refreshingly logical to use. There are very few physical buttons and switches as virtually everything is controlled via the touchscreen, including heating and ventilation, and driving modes.

There’s a slider that controls the audio volume but it’s a bit hit and miss. The optional voice control system should help.

There’s some evidence of cost cutting on this new generation Golf. Some is subtle – lack of gas struts for the bonnet and matt rather than body-coloured paint on its underside.

But inside there’s quite a lot of hard plastic, and the door bin is lined with felt where you can see it, but not on the edge that you can’t, so oddments will still rattle about.

A wide range of powerplants is available and there’s a pure electric version on its way – the upcoming VW ID.3.

There are a couple of 1.0-litre three-cylinder petrol engines, a 1.5-litre four-cylinder, and a two-litre diesel unit with a choice of two power outputs. The petrol-powered cars are available with mild hybrid and it’s one of these that we’re testing.

Fitted to our £26,390 Life-spec test car is the 1.5-litre four-cylinder producing 148bhp, via a seven-speed DSG auto gearbox. Four-wheel drive is available as an option on certain Golf models.

It’s an excellent powertrain, especially if you’ve been put off from buying a diesel car and don’t have off-street parking which makes owning a plug-in hybrid impractical.

The 1.5-litre engine also features cylinder de-activation which knocks the motor down to two cylinders under light load.

READ  What's best way to support your hair salon during the lockdown?

These tricks to improve economy really work too, as we easily managed mid 50s to the gallon during our test. But that said, the diesel will better those numbers almost regardless of how you drive it.

Quality is still top notch but you do, especially in the belt-tightening times that we’re about to face, have to wonder how much technology and soft furnishings you really need in your life.

Should Mk7 owners go for an upgrade? If you’re not swayed by digital screens and features like onboard wi-fi, probably not.

The new Golf is a little bit more precise in its handling but then since 1974 it’s always offered safe and dependable behaviour.

Other cars might be more fun to drive, but few can beat the Golf’s all-round appeal.

Good to drive, brisk and practical. Expect a good discount.

Attractive styling and good value for money. As with the Ford, expect a healthy discount.