Turkey was able to circumvent a US export ban on killer drones with the help of a missile component first developed in the UK, allowing Ankara to become an emerging power in the lethal technology, which experts warn is dangerously proliferating.

The vital assistance from a factory in Brighton has helped Turkey on its way to become the second biggest user of armed drones in the world – one of a number of countries emulating methods first used by the US in its “war on terror”.

Turkish Bayraktar TB2 drones were heavily used in Ankara’s three operations to date against Kurdish-led forces in Syria, responsible for the killing of 449 individuals in one of them, amounting to a fifth of the officially declared fatalities.

They have also been used to kill what Turkey’s defence ministry said were “five PKK terrorists” across the border in Iraq this month, imitating the extraterritorial strikes pioneered by the US in Pakistan, Yemen and Somalia.

But while the armed Bayraktar TB2 drones are manufactured by a Turkish company, they could not have been developed without the Hornet missile rack, which was devised and supplied by EDO MBM Technology, located on the outskirts of Brighton, somewhere around 2015.

An article in Jane’s Defence Review from May 2016 shows the Hornet was supplied to the Bayraktar TB2’s manufacturer Baykar at the crucial initial development stage. The Turkish company went on to develop its own missile racks.

Four years on, Turkey’s security forces run a fleet of 86 armed TB2s and the country is a fast emerging player in drone usage worldwide, a field that was dominated by the US and, to a lesser extent, the UK and Israel until three or four four years ago.

Chris Cole, the director of Drone Wars UK, said: “What we are seeing is countries like Turkey becoming a major player in drone usage, which is, like the US, prepared to engage in targeted killing outside its own borders.”

Today the field is awash with new manufacturers, including China as well as Turkey, and new buyers, including the United Arab Emirates, which has been behind their deployment in the ongoing Libyan civil war, supporting rebels led by Gen Khalifa Haftar.

Turkish TB2 drones, meanwhile, have been used in response by their opponents, the internationally recognised government based in Tripoli – in a conflict in which dozens of people have been killed by drone strikes.

The Turkish government’s goal had long been to deploy drones against the Kurdish PKK separatists who have been engaged in a long-running violent insurgency in the south-east of the country, near its borders with Syria and Iraq.

A US diplomatic cable from 2009, part of the WikiLeaks disclosures, written by the country’s then ambassador to Turkey, James Jeffrey, reports: “Turkey seeks to acquire, on an urgent basis, its own UAV [unmanned aerial vehicle, ie a drone] capability to be able to continue anti-PKK ops without US assistance.”

Recep Tayyip Erdoğan, who was Turkey’s prime minister at the time, led several attempts to buy Predator drones from the US, but these were rebuffed by Congress, which had to approve the sales, forcing Ankara into an alternative approach.

Turkey then began its own development programmes, in large part masterminded by Selçuk Bayraktar, an ambitious former MIT PhD student, who is now married to Erdoğan’s youngest daughter, Sümeyye.

The key breakthrough came in December 2015, when Bayraktar successfully test-fired a rocket from its TB2 drone for the first time.

Firing the rocket required the help of the Hornet system, a “carriage system” supplied to Baykar and designed for what the parent company of EDO MBM calls “micro munitions” – small, light bombs, designed to avoid weighing down a drone that are able to make more targeted deadly strikes.

It is a sophisticated piece of equipment, described by some experts as “the intelligent hand” that ensures that munitions fired from a drone are released properly away from the drone and onto the target coordinates specified.

Patents were first filed by EDO in the UK in 2014 and in the EU and Turkey a year later, as shown in a dossier of evidence collected by Ceri Gibbons, a researcher with the Brighton Against the Arms Trade campaign group, which has been verified by the Guardian.

EDO MBM is owned by the US company L3 Harris, the world’s sixth-largest defence contractor. But because EDO MBM is located in the UK it is subject to British and not US arms regulations, meaning it could legally export the critical bomb rack.

Neither L3 Harris nor Baykar would comment on their technology or relationship.

Barry Gardiner, Labour’s international trade spokesman, said he was concerned about UK arms sales to Turkey. The party would make “root and branch reforms to arms export controls to ensure British made weapons are not used to kill innocent civilians”, he added.

The Bayraktar TB2 drone has revolutionised Ankara’s operations against the PKK in south-east Turkey and in northern Iraq, severely limiting the group’s movements. Capable of 24-hour flights at an altitude of 7,300 metres and carrying a payload of 150kg, the TB2 is well-armed and is a source of Turkish national pride.

Video footage of a TB2 destroying a huge portrait of the PKK founder, Abdullah Öcalan, on Darmiq mountain near Afrin was widely celebrated across the country – so much so that it even led to the creation of a smartphone game where the player can operate an armed drone in Afrin, a Kurdish region in Syria until Turkey occupied it in 2018. 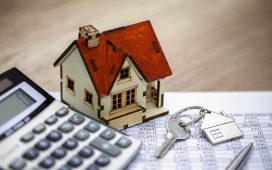 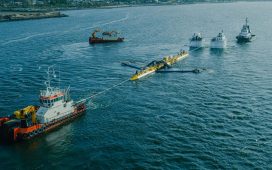