Teachers, doctors and other public-sector workers could unwittingly spark counter-terrorism inquiries when they seek advice about the government’s controversial Prevent strategy, sensitive documents seen by the Guardian reveal.

A heavily redacted copy of the official policy framework for Prevent, the strategy designed to catch those at risk of committing terrorist violence, was released to the human rights group Liberty under the Freedom of Information Act and shared with the Guardian.

The guidance, marked “Official, sensitive”, states that when public sector workers, who are legally bound to report concerns, contact Prevent staff for advice, “this may result in a referral” to the anti-radicalisation programme.

Counter-terrorism policing headquarters (CTPHQ), which composed the document, confirmed that it does not seek approval or consent to refer an individual, which could include school pupils or medical patients, to Prevent from those who contact them for advice.

Critics of Prevent said the revelations provide further evidence that the strategy is for monitoring potential extremists rather than safeguarding vulnerable people from radicalisation. But CTPHQ insisted that the processes in place for handling advice and referrals were designed to protect the public as well as individuals at risk of harm.

Rosalind Comyn, Liberty’s policy and campaigns officer, said: “The Prevent strategy is designed to co-opt public sector workers like teachers to monitor and report on people in their care. The revelation that those workers could be unwittingly handing children to the police, not knowing the consequences of simply raising a query, reinforces concerns about how Prevent is eroding what should be trusted relationships.

“The government’s definition of extremism is so staggeringly broad, it can be used to demonise thousands of people based on what they are perceived to think or believe – adding to the confusion and pressure public workers face. If you are a Muslim, or person of colour, the perils of Prevent are all too familiar, and it has only served to create further discrimination and division in our communities.”

The disclosures come with the independent review of Prevent, a commitment to which was written into legislation, mired in crisis. The review’s chair, Lord Carlile, was forced to step down nine weeks ago over allegations regarding his lack of impartiality and the government is yet to appoint a replacement.

The strategy has faced renewed scrutiny following revelations in the Guardian that counter-terrorism policing had produced documents used as Prevent resources, which featured nonviolent groups like Extinction Rebellion alongside far-right extremists such as the banned terror group National Action. Some documents have been withdrawn, while others are to be amended.

Dr Rob Faure Walker, a former secondary-school teacher who completed a PhD investigating the impact of counter-extremism discourses in educational settings, said: “Prevent teams do not know the children referred to them, so to learn that the consent of the teacher who does know the child might not be sought is a further indication that Prevent is not designed in the best interests of children.

“This confirms that efforts to brand Prevent as safeguarding are a cynical move to hide the imposition of surveillance on our most important civic institutions.”

Walker, who is currently working on a project called Corridors of Power at Soas University of London, which aims to bring expert briefings to parliament on a range of policy issues, said: “The tragedy of Prevent is that casting teachers and doctors as informants prevents their students and patients from having the conversations that could otherwise act as a pressure release for legitimate grievances.

“When previously working as a teacher, I always found that children who aired hateful views in class could find legitimate political responses to their frustrations by talking about them.”

Liberty criticised CTPHQ for redacting large swathes of the document, which is titled Policy for Prevent Practitioners, including two of the five “strategic objectives” for Prevent, arguing that objectives for a significant policy like Prevent should always be made public. The Guardian asked officials at CTPHQ to reconsider removing the redactions on the listed objectives, but they declined.

The national coordinator for Prevent, Ch Supt Nik Adams, said: “The Policy for Prevent Practitioners is a restricted document that describes our procedures for handling sensitive information and managing risk.

“To release this document without redactions would be to directly instruct radicalisers and terrorists in how to circumvent policies that we have put in place to manage the intelligence we use to protect vulnerable people from radicalisation, and would thus increase the risk we all face from terrorism.

“Surely most people would agree that we must try to make it harder for terrorists to cause harm to this country, not easier.”

He added: “When Prevent partners call the police for advice on someone showing signs of vulnerability to radicalisation, it becomes the police’s legal responsibility to make a decision on whether that person is at risk and worthy of a referral.

“If we listen to the circumstances and decide that a referral is inappropriate, then no further action would be taken. But if we believe there to be a risk to someone’s safety, then we would be obligated to take appropriate action to protect the person in question – just like we would for any other form of grooming.

“For example, if someone called the police with concerns that a child was being groomed for sexual abuse, we would never disregard that child’s safety just because we were asked to. Extremist grooming of child causes significant harm and is no different.”

The document does reveal more about the database used by police forces to store the details of people who have been referred to Prevent. The Police Case Management Tracker (PCMT) replaced all recording by local authorities on spreadsheets with a national IT system in July 2018, the document says.

Information recorded on the database includes “biographical information, nature of vulnerability, and counter-terror/domestic extremism risks” as well as “any intervention or action by police or a partner”, the guidance reveals.

The stated aim of Prevent, a voluntary programme, is to divert people from terrorism before they offend and crucially deals with individuals who have yet to cross the criminality threshold.

Each Prevent referral is added to the PCM database by individual police forces, including personal details and reasons for the referral, but the person is not notified, responses to Freedom of Information (FOI) requests submitted by Liberty showed.

Vitamin B12 deficiency: Experiencing this subtle change could signal a deficiency 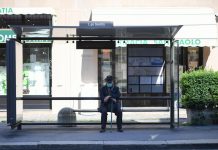 Is shortness of breath or pain when breathing a symptom of coronavirus? 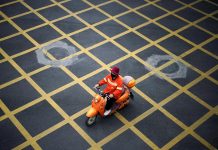 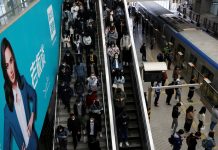