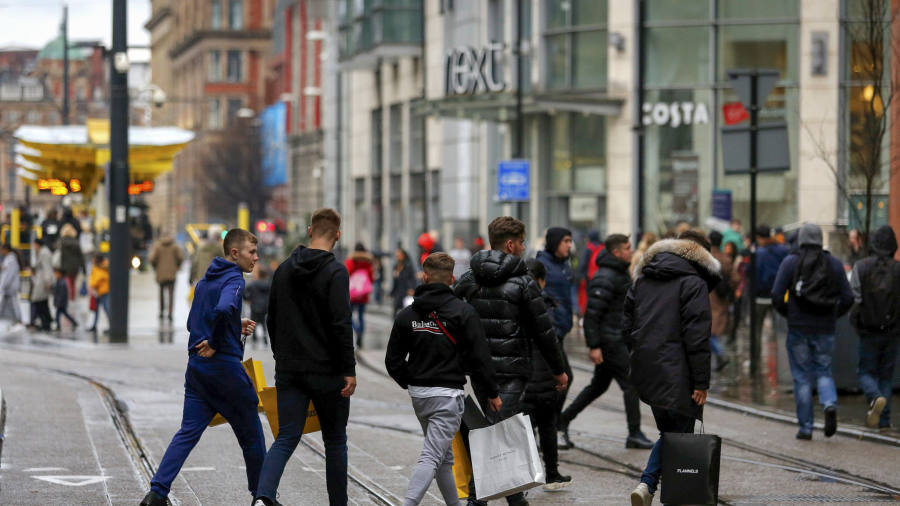 UK retail sales will grow in 2020 after three years of uncertainty as consumer confidence returns and retailers start to see the benefits of restructuring, according to industry experts.

However, they also warned that there was likely to be a higher number of administrations and restructurings next year than in the current one.

The KPMG/Ipsos Retail Think Tank said it was “cautiously optimistic” about the coming year because it expected the decisive election result to herald an increase in spending.

The think-tank’s members, who include consultants, bankers, market researchers and real estate professionals, expect sales to grow “by at least 1 per cent” in value next year. The latest British Retail Consortium data show growth averaging 0.2 per cent in the year to November 2019.

Panel member Paul Martin, head of retail at KPMG, said there had been “a very lively debate” about the extent to which politics would affect sales. “My view is that there will be a bounce during the first three months as people are pleased that we have reached some kind of conclusion,” he said. “After that, it will depend on the mood music by around March or April.”

He said the forecast recovery in sales would be led by non-food retailers — a reversal on recent years — especially those that had adapted to a world where more sales were made online.

“We are not saying they’ll do brilliantly, but they will also not get any worse and they are starting from a low base,” he said.

The stock market is forecasting as much: in 2019, the share prices of UK general retailers have outperformed their food counterparts for the first time since 2015.

READ  Is for-profit investment in social housing a good or a bad thing?

Mr Martin said supermarkets would continue to be squeezed by the growth of discounters like Aldi and Lidl and by a shift towards convenience shopping and the use of food delivery services like Deliveroo, Uber Eats and Just Eat.

He added that trading in the run-up to Christmas appeared to have been weak for food retailers. “Super Saturday just didn’t happen for them,” he said, referring to the final Saturday before Christmas Day.

Wm Morrison is set to update investors on January 7, J Sainsbury on the following day and Tesco on January 9.

The predictions come after a year in which 143,000 retail jobs were lost, according to the Centre for Retail Research. Almost half of that total was shed as a result of insolvency processes, and the overall figure was up by more than a fifth on the previous year.

The think-tank expects financial distress in 2020 to be concentrated among medium and smaller retailers, although Mr Martin said it was not inconceivable that some of the high street chains that have already been through restructuring in the past few years could run into trouble again.

He predicted that retail failures would have a bigger impact on landlords next year. “Many retailers have been living hand to mouth for some time,” he said, pointing out the mismatch with the long-term finance that often underpins their landlords.