British consumers headed to newly reopened stores in “hordes” to buy clothes and other goods in April, pushing retail sales for the month well above the level economists had expected.

Retail sales in Great Britain rose 9.2 per cent in April compared with the previous month, data from the Office for National Statistics showed on Friday.

That was more than double the 4.5 per cent expansion forecast by economists polled by Reuters, and followed two months of growth even though non-essential stores were shut between early January and April 12.

Retail sales “are now over 10 per cent above pre-pandemic levels as restrictions eased and more shops were able to open their doors”, said Jonathan Athow, ONS director of economic statistics.

Clothing sales soared nearly 70 per cent as consumers were able to visit physical stores and reached pre-pandemic levels for the first time since the initial restrictions were imposed in March last year. Sales in clothing stores have lagged behind most other retailers throughout the pandemic, reflecting lower demand as people spent more time at home.

Lynda Petherick, head of retail at the consultancy Accenture, said the data showed that consumers headed to the high streets “in hordes” and added that retailers will see the reopening of indoor hospitality this month as a means to increase sales further, “as shoppers are given even more reason to head to high streets and city centres”.

Ulas Akincilar, head of trading at the online trading provider Infinox, said that “analysts had been expecting a big April; what they got was a blockbuster”. He added that “official data reveals just how and where months of pent-up demand was unleashed”.

As stores reopened, all parts of the retail sector reported a fall in the proportion of sales coming from online shoppers. Online sales represented 30 per cent of the total in April, down from 35 per cent the previous month. However, this was still well above the 19 per cent registered in February 2020, suggesting consumers have become accustomed to shopping online.

Additional signs of the strength of the sector came on Friday from data published by research company GfK, which showed UK consumer confidence jumping in May and regaining the ground lost during the pandemic.

Paul Dales, chief UK economist at consultancy Capital Economics, said the data support his view that “the recovery will be fast and full” and the economy could return to its pre-Covid peak earlier than previously forecast.

Simon Harvey, senior analyst at UK-based foreign exchange company Monex Europe, said that “any signs that the consumer is drawing down on savings quicker than policymakers are assuming (. . .) would stoke expectations in money markets of earlier rate hikes by the Bank of England”.

He added that it was still early “but the data places the UK’s economic rebound on a good footing”. 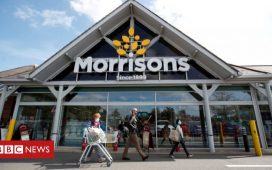 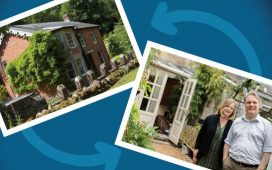 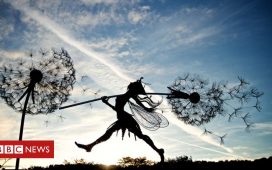 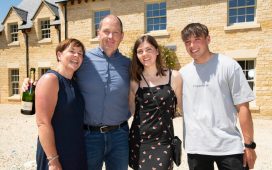